A small fraction of those who listen to him will arm themselves and go to war. And people will die.

I am shocked by the murder of Srinivas Kuchibhotla in Kansas, and want to share what I learned reporting on a similar crime in Texas.

President Donald Trump's administration has quickly leapt to say his talk and actions have nothing to do with this crime.

I would like to explain why the president is dead wrong on this one. He has everything to do with this, and I can explain.

What I learned reporting on the Stroman spree, which occurred right after 9/11, is how such an act is dependent on circles of enablement.

Frankly, Stroman wasn't intellectually sophisticated enough to channel his anger in this direction on his own. He needed help.

When I reviewed his letters, prison writings and blog posts, what amazed me was how he had stolen so much language from his social betters. 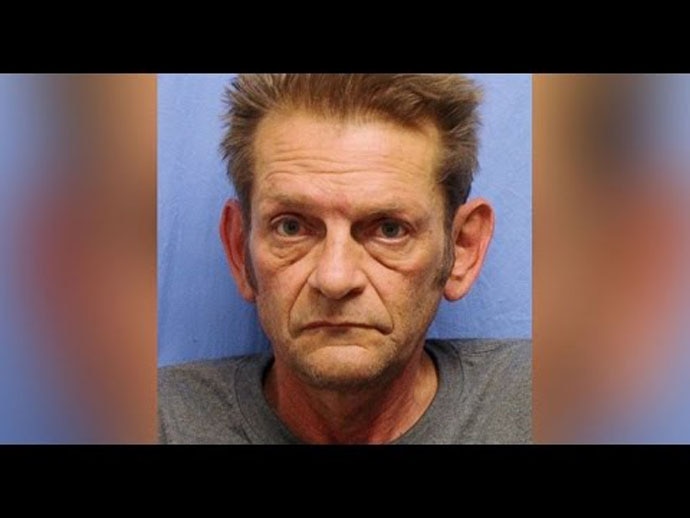 Stroman had no explicit support in 2001 from the highest levels of US power. But the Kansas killer did. From president of the United States. Photo: Buzzpls.com

It mattered greatly what politicians and pundits said, because it gave his inchoate drifter emotions a purpose and a narrative.

He heard talk of "enemy combatants" on the news. He was inspired by that to call himself an "allied combatant".

So many of his phrases were borrowed from Fox News. He was a man without purpose all his life. This borrowed language gave him purpose.

These stories are so often of drifting lives electrified by a sense of having to save one's country. That call to save comes from on high.

Here's the thing. Stroman had no explicit support in 2001 from the highest levels of US power. But the Kansas killer did. From president of the United States.

George W Bush explicitly praised Islam and supported Muslims. Trump has explicitly degraded them and called them a problem. People hear that.

Trump makes the statements and goes back to his chefs and jet. But there are aimless Americans who take the words as a summons to greatness.

Part of being a leader is understanding how what you say will be used, how it will refract into other lives. That explains Bush's remarks. Based on my reporting on Stroman, I can say that Trump has supplied more permission than Stroman ever received back in 2001.

Trump not only identifies and exaggerates this threat to America. He also keeps talking down our institutional capacity to respond to it.

Please understand, Mr President, that this too gives permission, by dog-whistling to drifters that they might do what the government can't. Stroman was deeply motivated by the idea that the government wasn't going to be tough after 9/11. So he had to be.

So when POTUS denigrates our intel services and says he knows more than the generals, out there in America it empowers the hate criminal.

When he spreads his idea of Americanness-as-whiteness, he and his rich friends can laugh about the brilliant tactic. But people listen. And a small fraction of those who listen will arm themselves and go to war. And people will die. And the president should sleep on that.

POTUS understood one thing well: millions of Americans felt punched down upon for a generation. Some were right. But now he answers their feelings not by shielding them or helping, but by diverting blame from those who screwed them to those who didn't.

So the answer to those who felt punched down upon is the chance for them now to punch down at others. That isn't leadership. It's the WWF. US elites did long neglect middle- and working-class folks. The remedy isn't giving them permission to hate and sometimes kill immigrants.

In other words, the least vulnerable Americans screwed the middlingly vulnerable, and Trump's answer is a war against the most vulnerable. Goldman guy cost Scranton guy his house and hours, and now brown, Muslim and immigrant communities are attacked. Goldman guy's in the cabinet.

Wake up. The only people who are winning from this are the people who caused the problem. We cannot go to war against each other. Stop it.

Because our president may keep giving this hate-permission, your voice matters. Drown the permission out. Tell people they are welcome.

#Indian-Americans, #Trump, #Hate Crime, #Kansas shooting
The views and opinions expressed in this article are those of the authors and do not necessarily reflect the official policy or position of DailyO.in or the India Today Group. The writers are solely responsible for any claims arising out of the contents of this article.

New York-based writer, most recently, of “The True American: Murder and Mercy in Texas,” about a Muslim immigrant’s campaign to spare from Death Row the white supremacist who tried to kill him.