MNS must know violence will not be tolerated

It’s time for the government to take action and for citizens to speak up.

Enough is enough! It's time we citizens speak up. This country and its law-abiding citizens can't be held to ransom any more by goons of MNS (and the like) - who hide behind political affiliations and political protests.

It’s time the law of the land firmly catches up with these hooligans and timely decisive action is taken by law enforcement authorities to bring them to justice and deny them any sort of legitimacy.

Peaceful political protest is a matter of right in any constitutional democracy but no right is absolute. Yes, liberty of political protest is granted by our Constitution but this right is not absolute. Reasonable restrictions in law disallow any disturbance to public order or harmony, or any violent act or intimidation of citizens with fear for their life or bodily injury or damage to their property or economic loss or any trampling of rights.

Extra-constitutional methods and criminal behaviour to gain political legitimacy and space are absolutely UNACCEPTABLE in any civilised democratic society/polity - governed by rule of law. In our constitutional scheme, no one has the right to take the law or the role of law enforcement authorities in its hands or to even act as the moral police. It is only the government of the day which has the mandate to enforce law or to frame public policy in national interest.

The time has come that these thugs and crackpots - who have scant regard for law of the land, who have little respect for rights of silent citizens, who have utter disregard for the liberty of others, who care the least about national interest or about public order over their self-interest and who keep daring and testing the government's patience and restraint - must now be firmly taken to task as per law.

Without sounding repetitive here, these goons must be booked and brought to justice for their anti-constitutional methods such as criminal intimidation and threat to cause grievous injury or death or for disturbing peace and public order, or for instigating violence or causing arson or damaging public property, threatening internal security or violating rights of citizens in the bargain - as the case may be.

Moreover, their crooked narrative of democratic protest underlined by violence, arson and criminal intimidation must be condemned, opposed, dismissed and lawfully outsmarted by civil society with all the power and resources at its command. 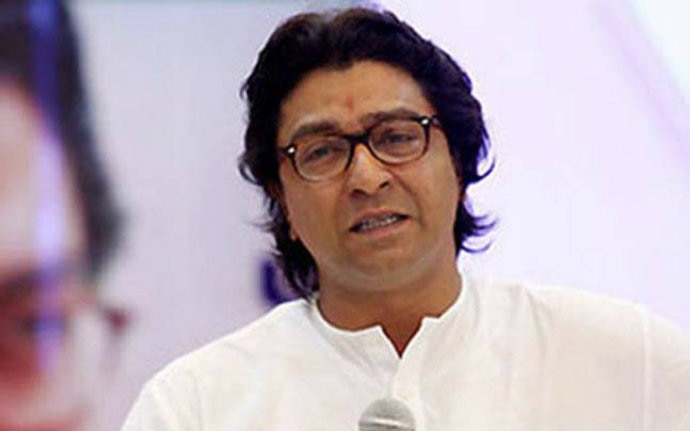 The government of the day must gather enough political will so as to take firm lawful action to bring the thugs of MNS to justice and to ensure equality of all before law. At the same time, the government must ensure protection and safety of life, liberty and property of citizens besides instilling confidence and adequate sense of safety and security.

It is, henceforth, critical that the government proclaims there will be zero tolerance towards political hooliganism or violence or threats of violence or disorder being perpetrated under the veil of political protests by goons and thugs. The government must act appropriately and must be seen in such light so as to assure safety to its citizens besides sending a stern message to the MNS.

Also, the role of national and local media in preventing this menace from spreading further can’t be over-emphasised here. Media coverage to these violent political protests and intimidation by goons serves as oxygen for such unlawful acts. Space in media emboldens these goons who thrive on publicity.

Let’s not give airtime and space that these thugs do not deserve. Anchors and editors need to exercise discretion and self-restraint in choosing public interest over giving in to TRP-led impulses. The media must seize on this important opportunity of doing a great public service by shunning these hooligans, their narrative and their violent ways.

Finally, it's time that these goons of MNS (and their like) learn a lesson that this nation is governed by law. A stern message must go out from the government to these hooligans that their threats, intimidations, violent and extra-constitutional ways will not be tolerated and the law will take them to task, no matter what.

That is what good governance and rule of law proclaims.

Also read: How one man held Bollywood and politicians to ransom

Post your comment
#Raj Thackeray, #MNS, #Karan Johar
The views and opinions expressed in this article are those of the authors and do not necessarily reflect the official policy or position of DailyO.in or the India Today Group. The writers are solely responsible for any claims arising out of the contents of this article.

The writer is a former senior business executive and now a political commentator.