Why India's IT capital needs a development minister now

Will Siddaramaiah, amidst his tight schedule, be able to give adequate time to Bangalore?

It is back to square one for the residents of the IT capital of the nation, as Karnataka chief minister Siddaramaiah has decided to keep the Bangalore city development ministry to himself without assigning it to his colleagues in the wake of senior Congress leader KJ George's resignation from the cabinet.

Siddaramaiah made it amply clear that he would oversee the development of Bangalore and in the process disappointed civil society, investors and industrialists, especially the technology sector, which lobbied hard for a dedicated minister for the city.

Will Siddaramaiah, amidst his tight schedule, be able to give adequate time to Bangalore?

If Siddaramaiah's track record is taken into consideration, the answer is "no".

This brings us back to the question - why isn't the Congress interested in appointing a new minister to oversee the development of Bangalore, that too at a crucial juncture like this?

Namma Metro (Bangalore Metro train) Phase-1 is nearing completion; eighteen road improvement projects, including construction of grade separators, viaducts and overhead roads, are to be implemented; new residential townships are being developed around the city and efforts are on to improve the industrial infrastructure around the international airport.

Can the chief minister alone monitor all these? 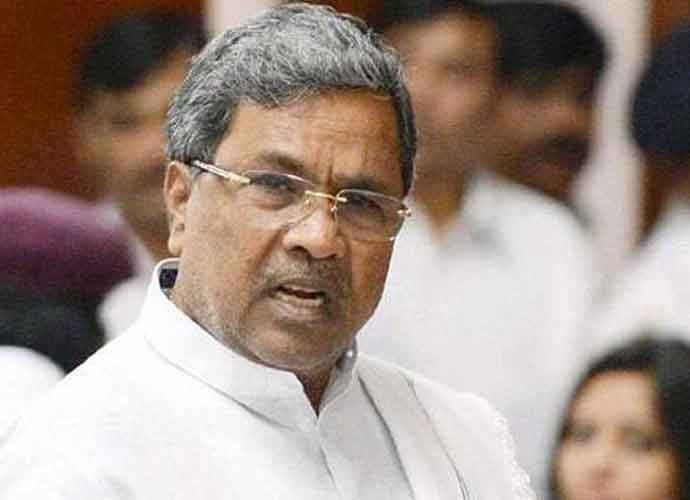 For the first two years after coming to power, Siddaramaiah, ignoring the pleas of the citizens held on to the Bangalore city development ministry while the city's infrastructure collapsed.

He realised the need for appointing a dedicated minister for the city only after investors and the IT czars made a huge issue and brought the matter to the notice of the party high command.

By then, the Congress had lost the development momentum for the city.

Siddaramaiah appointed a reluctant KJ George (demoted from home ministry) as the Bangalore city development minister in October 2015 and he walked out of the cabinet without completing even a year in office after a police officer accused him of harassment and committed suicide.

Siddaramaiah should not hold on to the Bangalore city development ministry for long because he hardly has time to look into the issues concerning the city.

There are plenty of worthy candidates, including ministers, such as Krishna Byre Gowda or R Ramalinga Reddy, who are aware of the issues faced by the people of the city.

Moreover, they have a better understanding of the city's concerns whereas Siddaramaiah has to solely rely on the feedback provided by the bureaucrats while taking decisions relating to the city.

First and foremost, the government has to speed up work on dozen plus infrastructure projects, which have been stalled owing to lack of funds and land acquisition issues.

The road widening projects, especially under, is taking a toll on the motorists in the heart of the city. The peak hour traffic speed in the central business districts is an agonising 5-6 km/hour.

Vehicular congestion along the Outer Ring Road (ORR) stretch connecting Marathahalli and Mysore road is the worst during evenings.

The work on the Peripheral Ring Road project, which is supposed to divert the highway traffic from the ORR to the city's outskirts, is still on the drawing board.

Namma Metro connectivity from the city to the international airport is still being debated in the government.

The effective disposal of garbage has become a serious health and environmental hazard for the city.

Rampant encroachment of lakebeds and catchment areas has greatly reduced the water bodies and depleted the groundwater level in the city.

A holistic approach is needed to tackle the problems faced by Bangaloreans from a long-term perspective.

But the Siddaramaiah government lacks the focus and will to make a difference to the city, which is fast losing the favour of international investors because of the crumbling infrastructure.

The government still has two years to undo the damage and the first step in this direction is appointing a minister for Bangalore.

Post your comment
#Siddaramaiah, #Karnataka, #Bangalore
The views and opinions expressed in this article are those of the authors and do not necessarily reflect the official policy or position of DailyO.in or the India Today Group. The writers are solely responsible for any claims arising out of the contents of this article.