Caught in the middle of this mindless muscle-flexing are the Army and the people of the Valley.

Make no mistake, the cowardly murder of Lt Ummer Fayaz, aged 22, while he was unarmed and attending a wedding on Tuesday in Shopian, is truly a "watershed" moment, as officially described by the Army.

It has finally pushed the Kashmir Valley over the precipice it has been teetering over, ever since militant Burhan Wani was killed in an encounter last summer.

The grisly saga in the Valley goes on, as recently three soldiers were killed and one mutilated by Pakistan after it crossed the Line of Control in the wake of the cancellation of the Anantnag election.

Most things about Kashmir are smoke and mirrors and this situation is back to the worst days of the nineties. This time around, the new dimension is the despair of school children as young girls take to stone-pelting.

Says a senior Army official undertaking his second tenure in J&K with utter disbelief: "Have you seen what it is to see young kids turn feral? That's what this is. These kids none older than 16 despair of their lives, seem to crave shahadat (martyrdom). Please tell me how do you expect the Indian Army to fight school children? Does any honourable Army do that?"

His question is fundamental, and yet Fayaz's murder will ensure that reprisals are inevitable as the Army, and rightfully so, extracts retribution. However, even before the unprecedented abduction and murder of Fayaz, decisions had been taken by the Centre to clamp down hard on Kashmir and to "clear and level the ground" in south Kashmir - now seen by the Centre as the "nursery of Pakistan-sponsored militancy".

To ensure that the country had an appetite for the planned crackdown, jointly planned by national security advisor Ajit Doval and BJP general secretary Ram Madhav, stories emerged of south Kashmir turning into an "India-free liberated zone" via obliging "nationalist mouthpieces".

The fact is that south Kashmir has always been turbulent and after the PDP/BJP alliance came to power, things became worse. It has not helped that CM Mehbooba Mufti has ensured that her party cadre get sensitive jobs in the local administration in the area.

As is always the case with the Valley, it's a case of a doomed history repeating itself. Mufti, who has been utterly hobbled by the much ballyhooed "Doval doctrine" of no talks till militancy is finished, is still desperately trying to stay relevant by nursing her version of "soft touch to extremists" in south Kashmir. Prime Minister Narendra Modi brusquely brushed aside her suggestion that talks be started when he met her recently in Delhi. 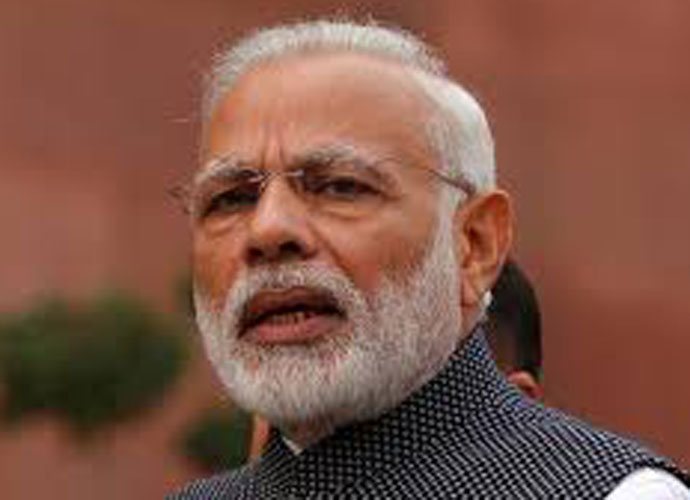 To a watching world, India's moral legitimacy as a vibrant democracy is a question mark now in J&K. Photo: Reuters

That can be tackled with some sense. We have two stories to tell the world. One is the story of Burhan Wani and his ilk and the other is Fayaz's story - a young man, the son of an apple farmer, who after clearing his Class 12 exam only had one dream - to sit for the National Defence Academy entrance exam and become an officer.

Other examples, like IAS official Shah Faesal, who despairs of the binaries of the street and TV studios, also make the case that sensitivity can save the situation in the Valley.

Unfortunately, in this time of studio warriors and keyboard generals, soldiers are a weapon to be deployed to score political points.

Tension between India and Pakistan increased after the September 18 "surgical strike" last year, which was hugely publicised by the government. The "surgical strikes" inside PoK came ten days after the Uri terror attack, in which 17 soldiers were killed and 19 injured in a strike on an Army camp.

So what exactly, apart from pellet guns and shutting off the internet, is the Centre's policy in the Valley?

In one sentence - confused ad-hoc reaction with no thoughts of consequences.

Since we can't attack Pakistan directly, we clamp down on the Valley and blame Pakistan for all militancy. This is only the partial story.

When someone as knowledgeable and battle-hardened as former border security chief EN Rammohan, who lost his only Army officer son in Kashmir, says on record in an interview to The Telegraph that "the anti-Muslim Hindutva approach of the BJP in Kashmir is damaging", he must be paid heed to.

Rammohan lays the blame for poor handling of Kashmir on Ajit Doval's door. "The NSA should be scrupulously neutral. When the party does something which is violating the Constitution, the NSA should stand up and point out that it's wrong," he says.

Instead, in the most ham-fisted fashion, India, after insisting for years and resisting all intervention saying Kashmir is a bilateral matter with Pakistan, has now taken Kulbhushan Jadhav's case to the International Court of Justice in Hague.

This has drawn sharp criticism from the Congress, which expressed concern that India was incredibly internationalising the Kashmir issue.

The Hague hearing will begin on May 15 and the Modi government has not yet seen it fit to tell the country exactly what changed India's stand on Kashmir by 180 degrees.

The real tragedy of the Valley is this boomerang policy of "maximum publicity, minimal thought" mixed with mindless muscle-flexing. Caught in the middle are the Army and the people of the Valley.

Watch this space: it's not going to get better.

#Ummer Fayaz, #PDP-BJP, #Ajit Doval, #Kashmir crisis
The views and opinions expressed in this article are those of the authors and do not necessarily reflect the official policy or position of DailyO.in or the India Today Group. The writers are solely responsible for any claims arising out of the contents of this article.