Article 35A: Will Modi and Shah change the status quo or let it remain?

Fear. Unease. Loathing. And love for icons like Deepika Padukone. Here's what the edgy Kashmir Valley is echoing with.

The Indian government has taken frenetic steps to beef up security in Jammu and Kashmir due to an imminent threat of Jaish-e-Mohammed (JeM) militants crossing the border to spread terror in the Kashmir Valley.

A senior intelligence officer involved in J&K security management told the writer, “We don’t want the Kashmiri people exposed to a new phase of violence when under Governor’s rule, the state is on path of development.”

When asked why the induction of army men in the Valley is ongoing, he said, “It is to protect the people from Pakistan’s new plan to bring Taliban-trained terrorists into Kashmir."

Yesterday (August 2), in Pandushan village of Shopian district an operation was launched to flush out militants. At the time of writing this piece, the operation was underway. A militant named Zeenat ul Islam was killed in the encounter and his body handed over to his family.

Security forces claimed Islam was an important local militant of JeM, who had killed four personnel of JK police.

Simultaneously an operation is underway in Sopore too.

Before the new security situation unfolded highest-level deliberations were understaken in New Delhi regarding the ros and cons of removing Article 35A.

There remains no doubt that the Narendra Modi government has made up its mind to end the status quo in Jammu and Kashmir.

It is considering ways in which, sooner or later, it can abrogate, circumvent or make irrelevant Article 35A which Prime Minister Modi, Home Minister Amit Shah and all Sangh leaders consider to be 'ek badi bhool' (a big blunder) in Indian history. Goodbye, Article 35A? Prime Minister Modi and Home Minister Amit Shah may be testing the waters in Kashmir. (Photo: Reuters)

The government believes that the freezing of the demography of Jammu and Kashmir for over half a century, and the mass migration of the Pandit community out of the Kashmir Valley, have been among the major impediments in managing national security while preventing the full-scale development of the state. The BJP has in its 2019 manifesto said that Article 35A is discriminatory not just towards non-permanent residents but even the women of the state, who marry non-Kashmiris.

The PM is aware that it is an enormous gamble.

There is already considerable angst and apprehension in Kashmir over whether the BJP is in the process of trying to alter the demographic composition of the state by changing the definition of who qualifies as a Kashmiri.

Multiple sources have warned that any such move could instigate a major popular uprising. In a south Kashmir village by the name of Qammer which I recently visited, residents are fighting against corruption and a lack of civic amenities — but any mention of Article 35A is like touching their raw nerve. Ahmed Rehman asked me instead, "Do you know what will happen? We are worried."

However, Modi, Shah, National Security Adviser (NSA) Ajit Doval, chiefs of armed forces, Research and Analysis Wing (RAW) and Intelligence Bureau (IB) are all on the same page and are believed to be confident of handling the fallout of the move.

The powers that be in New Delhi and Srinagar have four major reasons for the urgency to end the status quo in the Valley. To begin with, the government feels the time factor is crucial and immediate action is necessary. The US-Pakistan talks on Afghanistan and its eventual outcome will have major repercussions on the eastern border of Pakistan. A senior intelligence officer pointed out to me, "We don't have the luxury of time anymore. With Afghan Taliban negotiating with the big powers, only a small window of opportunity is left."

When Russia exited Afghanistan, it left behind a huge cache of weapons and hundreds of rebels without a cause. The entire world faced the reverberations of that exit over the next two decades. If US President Donald Trump goes ahead with his plans for Afghanistan, then India, being in the neighbourhood, will have to face the inevitable consequences and the process of radicalisation in Kashmir will escalate with Wahhabis' entry.

A few months back, the Kashmir government surveyed the families of militants killed in army and police encounters — the survey gave a clear indication of the radicalisation of families. Out of the 50 families surveyed in south Kashmir, 27 said they were fighting for Islam — and not for a Kashmiri identity anymore.

Some 12 families were quoted as saying "continuous torture by police and harassment by authorities" led them to take up militancy. This alarming and fast-paced shift in the Kashmiri psyche is of acute concern to the government. In Kashmir, the word 'jihad' has replaced 'azadi' in everyday conversations. Increasingly, the battle in J&K is viewed as one between 'kafirs' (Indian authority, security establishment, mainstream pro-India Kashmiris and leaders) and Islamist separatists.

Another reason behind the pressure for immediate action is that the BJP, buoyed by its massive mandate of 303 seats in the Lok Sabha, believes that more than the issue of the Ram temple, their voters and ideological arm, the Rashtriya Swayamsevak Sangh (RSS), wants some decisive action from PM Modi in relation to the Kashmir issue.

Modi is aware that time is short in view of the people's impatience on many other urgent national issues — including the downturn of the economy.

The BJP government also believes that with Amit Shah in charge of the Ministry of Home Affairs (MHA), control over Kashmir's state security structure is tighter than ever.

A senior journalist living in Anantnag remarked, "Now, we have begun to feel the true presence of the Indian state. The experience is new. We saw no protests over Shabir Shah and Yasin Malik going to jail or after the house arrest and humiliating quizzing of Mirwaiz Umar Farooq by the National Investigation Agency (NIA). People applauded the action against corrupt managers of the J&K Bank. Under the Dulat model (AS Dulat, former chief of RAW and Kashmir expert), Congress and the Atal Bihari Vajpayee-led BJP governments used to overtly cajole, and covertly crack-down on separatists, militants and terrorists — but under the Doval model, the BJP is ruthless in the business of statecraft. Now, the state is actively pursuing those who lobby for Pakistan, who are corrupt and who take Indian money but talk of autonomy from India." 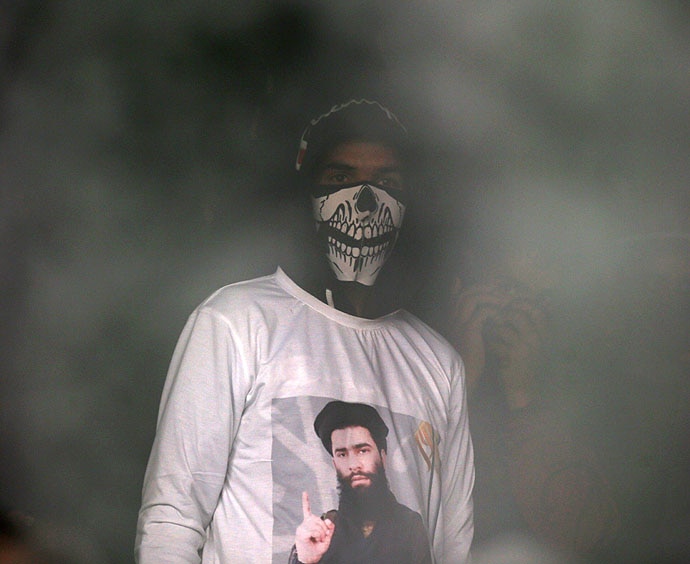 A new kind of militant: Given the new situation, the Modi government must have a new plan. (Photo: Reuters)

The Kashmiri opinion is divided over Modi. Some feel under his leadership, the BJP policy has been to bat for the Jammu region and many others feel he is indeed a meaningful leader but bound by RSS philosophy. Most youths in Kashmir feel that a 'healing touch' from the Modi government is a must before his government takes any decision over Article 35A.

Governor Satpal Malik, who is not unpopular in the Valley, remarked to me, "We never said we will keep a hard-line approach only. We want to create a ground situation through both a hard-line approach and through mediation. A tough approach will bring about a situation where a new civil society, new lawyers, new leaders will come up in Kashmir which will be agreeable to settling issues through talks."

After the death of Zaki Musa, the head of Ansar Ghazwat-ul-Hind, on May 23 in an encounter, Indian security forces have more confidence and feel they have a better grip on the ground. In Delhi, the security assessment is that Kashmir is today more stable and under control compared to July 2016, post-the insurgency that shook India following the killing of militant Burhan Wani.

Intelligence officers argue off the record that Pakistan's army is struggling on many fronts and Pakistan Prime Minister Imran Khan's political leadership has proved weak. The time is therefore opportune for a strong leader like Modi and the Indian Army to adopt a very intransigent approach against infiltrators at the border.

The Indian attack on Balakot is a major talking point in Kashmir.

A senior intelligence officer said, "The time is now if any decision has to be taken to fully and finally integrate J&K into India — never before has the timing been so opportune with so many factors favouring India. The ongoing status quo is neither helping the Kashmiri people, nor the Indian state."

Asked about the possibility of an uprising of Kashmiris following the possible move, the officer said, "The good thing is that the army's ears and eyes are J&K police personnel, who are largely Kashmiris. They are fighting the real battle. We have better SoPs in place to handle crises. We are sensitive to collateral damage. Since Doval has become NSA, we no more work in silos. Our coordination is better."

A highly experienced police officer of J&K cadre claims that if and when the decision is taken, the ground situation should be controlled in the first 10 days. Only then can things be managed effectively.

When asked what happens if it's not controlled, he said, "We Kashmiris have seen it all, suffered it all — what's new?"

Most Kashmiri leaders and analysts conceded that there is a fatigue factor among people. One young Kashmiri TV journalist said, "Kashmir doesn't have any space left for fresh hurt. We are so exhausted."

Two contradictory sentiments exist in the Valley. The sentiment of alienation is there — but at the same time, a more realistic acknowledgment of India's capacity to never lose control of J&K is also there. Youngsters in Shopian and Kulgam were seen following PM Modi closely on social media. They said, "Modi is here to stay."

This dichotomy in thinking was reflected in a recent survey where many young boys, while filling survey forms, supported separatism — and also expressed a liking for Indian icons including film actors like Deepika Padukone and Katrina Kaif. 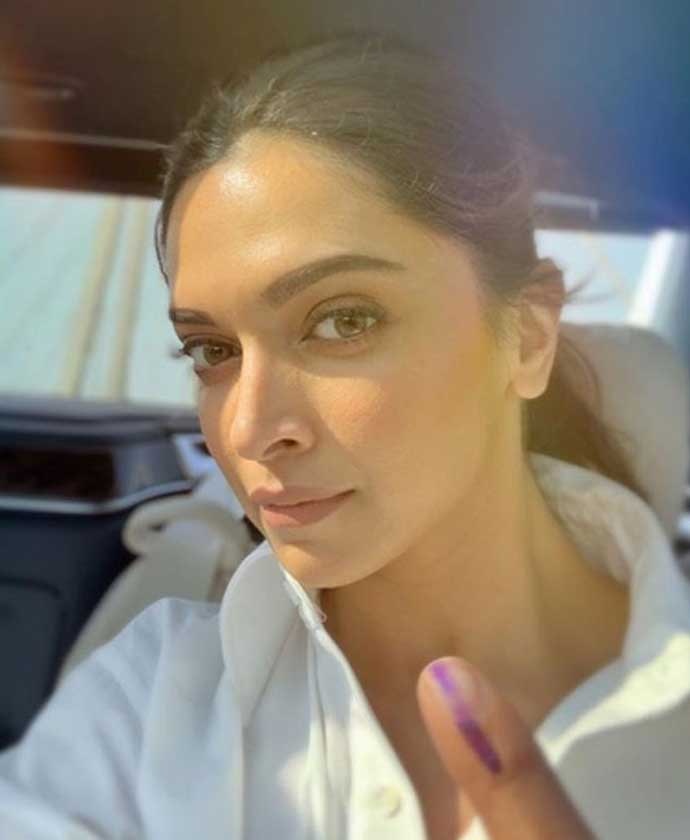 There is also a realisation among poor Kashmiris that their fight is taking them nowhere and completely depriving them of good governance and development. Rampant corruption has ruined the economy of many villages.

However, a mention of Article 35A still makes the villagers feel edgy and angry.

A senior BJP leader of Kashmir said, "The immediate task is to end the cycle of violence, bloodshed and start development. That's our brand of nationalism."

The debate, however, is not restricted to Kashmir. Jammu and the Ladakh regions too are discussing the prospect of Article 35A being repealed.

Critics of the government said there is a risk that the cure the government is reportedly trying to apply could worsen the disease — and the violence could spill over into the rest of India as well.

The same critics agree that there is a need to change the status quo to end corruption and the ceaseless exploitation of the poorest Kashmiris.

Modi and Shah must bear these factors in mind before they take a call on changing the status quo — or letting it be.

#Kashmir crisis, #Narendra Modi, #Amit Shah, #Article 35A
The views and opinions expressed in this article are those of the authors and do not necessarily reflect the official policy or position of DailyO.in or the India Today Group. The writers are solely responsible for any claims arising out of the contents of this article.