The basic idea is to incapacitate unruly individuals.

After the killing of Hizbul Mujahideen commander Burhan Wani, security forces in the Kashmir Valley are mostly found using non-lethal weapons for controlling the mob.

These weapons appear to have caused some damage of permanent nature to the health of a few agitators. The images and visuals shown on media, do reveal that the pellets have entered in parts of the body like legs, arms, back and so on.

Particularly in some cases, the impact caused by the pellets to the eyes of the individuals appears to be extremely damaging. Any sensible and sensitive person would empathise with these people who are left to suffer such injuries. At the same time, it is also important to know who these people are, why they got hit and more importantly, what these non-lethal weapons are.

Also read: How India is censoring the Kashmir story

Generally, there is a difference in the philosophy of the crowd gathered to witness a rock concert or a football match and the one attending the funeral of a terrorist. 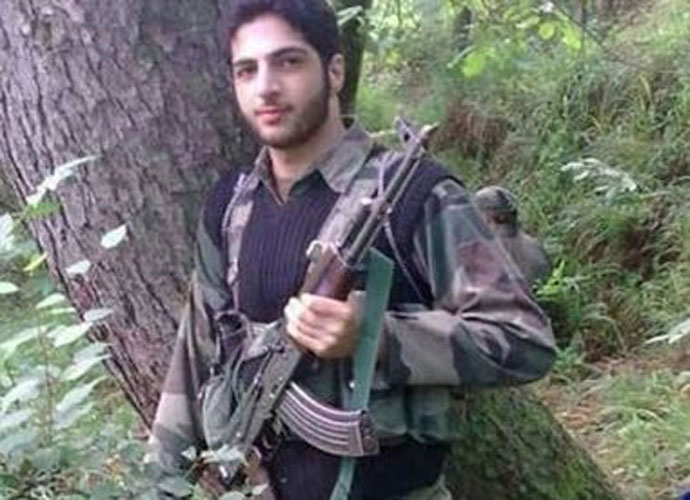 When a mob on such occasions starts getting out of control, it is obligatory for the security forces to control it for various reasons, including the safety of the mob itself.

The physical location of the mob also impacts the nature of security measure applied to control it. From the policing point of view, controlling a mob of 20,000 people in a big stadium with multiple exits and the same size of a mob in a narrow and uneven area are two different challenges.

Also read: We have to build bridges between Kashmir and mainland India

More importantly, a mob which is supporting terrorism/terrorists, has sympathy for anti-national forces and raising slogans against the Union of India is of a different nature altogether.

The last decade has witnessed many ups and downs in the security situation in the Kashmir Valley. Around 2008, stone-pelting had become a very routine feature during street protests in Srinagar.

There were various flashpoints (exploited by the separatists) for rising tensions in the Valley like the so-called "fake" encounters. The accidental death of a schoolboy, Tufail Mattoo, as a result of tear gas shelling on June 11, 2010 became a major flashpoint leading to mass protests, defying curfew orders and violent agitations against the State. More than 60 civilians lost their lives in the unrest during that period.

This led to the then prime minister Manmohan Singh to declare that the security forces deployed in the Kashmir Valley needed to adopt more humane measures for dispersing agitating crowds and needed to use non-lethal weapons.

The idea was to demonstrate that the security forces were not bloodthirsty but, at the same time had a job to do, and for this purpose they should adopt different crowd-controlling methods.

In fact, the most commonly known methods like stick (lathi), tear gas and water cannons were already in practice in the Kashmir Valley for many years. The need for the hour was to emphasise to the rest of the world that India was following a humane approach to deal with the situation and also valued the life of the separatist.

The basic idea is to incapacitate unruly individuals. This could be done by using means to stun or disturb and irritate the rioters/terrorists. There are methods like rubber/plastic bullets or stun grenades/flash bangs for creating a blinding flash of light followed by a loud explosion.

Obviously, all these weapons are mob-specific and could have different impact on different individuals. It would depend on the location of the agitating person, the distance from which he/she gets hit, say by a rubber bullet, the part on the body on which the bullet/pellets impact, the actual health condition of the individual getting hit and so on.

It needs to be understood that even though they are non-lethal, still they belong to the category of the weapons. So, if the security forces are compelled to fire, then such weapons could cause damage to health, if not death.

Today, the Indian security forces are able to restrict the bloodshed in the Valley by using non-lethal weapons.

#Hizbul-mujahideen, #Burhani Wani, #Kashmir
The views and opinions expressed in this article are those of the authors and do not necessarily reflect the official policy or position of DailyO.in or the India Today Group. The writers are solely responsible for any claims arising out of the contents of this article.