Tragic tale of a poor Kashmiri, her sick son, and how democracy failed them

They don't even know whether they are Indian or Pakistani or Kashmiri or Swedish.

This Independence Day, I want to tell a story to my fellow Indians.

Sadly, this is a true story and not a very pleasant one. But then life is not pleasant for many people anyway.

I left Kashmir around a decade ago in search of better educational opportunities and a better career in medicine.

I have, since then, settled in Delhi with my family. Delhi feels like home now and we have made many wonderful friends, and now Kashmir is a second home and Delhi feels like a first home. Heat and humidity notwithstanding.

But this is not my story, or how I'm doing so well in the national capital as a doctor. This is the story of a woman Saleema (name changed).

Like most Kashmiris, we have a house in Srinagar, which is at most times uninhabited.

So we let an extremely poor widow, Saleema, and her four schoolgoing children live there. 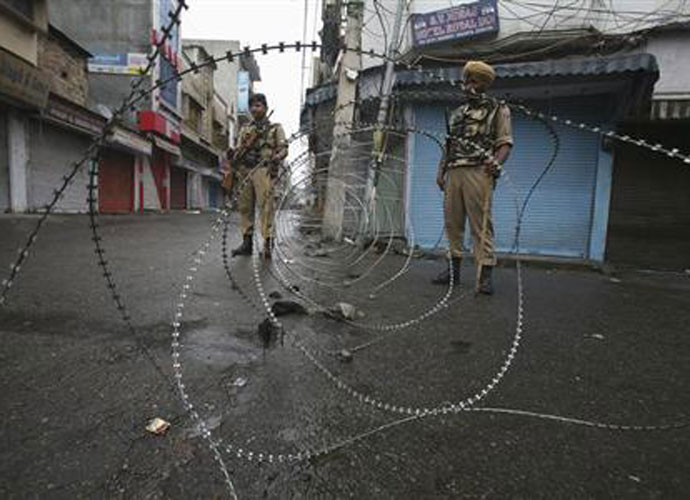 No one is allowed to walk on the streets and most of the mohallas are sealed shut by concertina wires.

It actually benefits us both; I have someone to guard my house while we are away and Saleema gets rent-free accommodation and schooling for her children.

After her husband died due to pneumonia a few years ago, she does house-cleaning to earn money.

Saleema has a son, Shahid, who suffers from congenital epilepsy; it's a medical disorder associated with recurrent sudden seizures and loss of consciousness which, if untreated, can cause permanent brain damage.

It's unfortunately not a curable disease and to prevent the seizures, he has to take four types of medicines every day, otherwise he gets the fits, which last for a few minutes and make him lose consciousness and pass stool and urine involuntarily in his clothes, often making him bite his tongue so hard that he bleeds for days.

But he was controlled on medicines for years, which his mother used to provide without fail.

Even though the drugs are expensive, the poor woman always made it a point to give him the drugs every day, month after month, year after year.

All this changed on July 8, 2016, when Indian troops in a major success managed to kill Burhan Muzaffar Wani in an encounter.

Probably the government failed to gauge how the Kashmiris would react, probably Kashmiris were fed up of the political uncertainty and saw Wani as a hero.

The entire Kashmir Valley erupted in grief and anger as people came out in tens of thousands to mourn his death.

The government predictably cracked down hard on the violent protesters and clamped a Valley-wide curfew.

Since then, as the whole world knows, more than 50 protesters have been killed, hundreds blinded, permanently, by the now infamous pellet guns and thousand injured, including policemen, in the clashes.

What the whole world does not know is that Shahid's medicine stock got finished in the first week of curfew only.

The curfew, I hear, is so strict that even ambulances ferrying the sick and injured are turned back routinely and in some cases damaged.

Also read: 5 reasons why Modi's 'Kashmir outreach' is too little, too late

No one is allowed to walk on the streets and most of the mohallas are sealed shut by concertina wires.

Saleema, once she realised that the medicine supply was running low, tried many times to reach, in vain, some chemist shop to buy Shahid's medicine - only to be turned back and threatened by the security forces enforcing the curfew.

Again and again she tried, but was sent back by the policemen citing orders.

Once, when she managed to pass the cordon by begging and pleading with the policemen, she reached the shop only to tragically realise that it had been forced to close down by the stone-pelting gangs enforcing the Hurriyat bandh.

In desperation, she then walked about 7km on deserted dangerous roads, amid teargas and stone-pelting mobs, to finally reach the main hospital pharmacy at Karan Nagar. She was again turned back, as the drug supply hadn't reached from Jammu, and told rudely that all drugs were in short supply.

She just cried and cried and wept for her sick son. The wail of her cries drowned in the sharp retort of a bursting teargas grenade.

As a week passed without medicines, Shahid had his first major epileptic fit in years and soiled his clothes by involuntarily defecating.

For the next one week, the attacks came daily and lasted longer, for an hour now. Her son has stopped eating food and only takes sugar water through clenched teeth.

Also read: How a worse tragedy is playing out in Kashmir hospitals

He lies in his bed in fever, semi-conscious, as she nurses him tirelessly.

After two weeks of misery, Saleema has finally managed to get the medicine from a pharmacy 10km away, but had to buy them at three times the printed cost, which she can scarce afford. Now she has no money to feed her three other children.

The neighbours helped, of course, and her son is a little better now but still very sick and needs hospitalisation.

Last week, when the suspended phone service was restored for a few hours, she managed to tell me the story of her miserable life under the curfew and hartal, between deep sobs of a heartbroken mother.

I don't want to go into the politics of the whole affair.

Saleema doesn't know what is India or Pakistan or even Kashmir.

Her life revolves around her four children, she doesn't understand nationalism or separatism.

For her, both the Hurriyat separatists and the government are oppressors.

She is unable to make a clear distinction between the marauding stone-pelters and the policemen who caged her like an animal for five weeks behind concertina wire walls.

This Independence Day, when we all celebrate with pomp and pride our 69th year of freedom, when we hear our politicians give lofty speeches and wave huge flags and chant Bharat mata ki jai, there is a woman in Kashmir braving collective punishment, and thousands like her who don't even know whether they are Indian or Pakistani or Kashmiri or Swedish; or the difference between them.

Who have no idea what is democracy or theocracy or a dictatorship.

But who are citizens of this great country nevertheless.

The democracy that we enjoy and take pride in has failed them completely.

They will not be celebrating independence. They will just be praying for the curfew to be lifted.

Post your comment
#Independence Day, #Burhan Wani, #Kashmir Unrest
The views and opinions expressed in this article are those of the authors and do not necessarily reflect the official policy or position of DailyO.in or the India Today Group. The writers are solely responsible for any claims arising out of the contents of this article.

The writer is a Kashmiri doctor working in Delhi.