Hurriyat in NIA net: Is Kashmir trying to come to terms with peace?

State watchers, in all objectivity, assess that Kashmiris are gradually losing interest in separatist leaders as also their movement.

Contrary to anticipation and expectations by the pro-"freedom" Kashmiris in the wake of the arrest of Hurriyat leaders, Kashmir remained quiet and incident-free.

This is a stark contrast to previous happenings, when in 1990 Shabbir Shah was arrested and the entire Kashmir was paralysed for six months and protests were loud and clear and didn't seem to end. This time significantly, not even an hour's bandh was observed. This is more than glaring and speaks volumes about the state of affairs.

Kashmir watchers, in all objectivity, assess that Kashmiris are gradually losing interest in separatist leaders as also their movement is steadily losing steam. It's also largely possible that the general populace in Kashmir is generally fed up with the activities of the Hurriyat leaders, especially after revelations of money laundering.

They are also appalled by the disclosures made by the National Investigation Agency (NIA), following interrogation of arrested Hurriyat leaders that the separatists are engaged in all kind of nefarious activities, detrimental to the welfare schemes promised to the Kashmiris.

Meanwhile, the arrested Hurriyat leaders have expressed no "fear" at being part of a bigger conspiracy and terror-funding. They were initially in denial mode but with pointed questioning on fund depositions in their accomplices' bank accounts, their story seems to be exposing their mala fides, holding no water whatsoever.

They have explained to the interrogators that the fund transfers, as alleged, were made to the accounts of their affiliates for “charitable” purposes. However, they fall short of reasoning and their arguments look far from convincing. The affiliates' bank accounts show abrupt remittances with no plausible explanation.

They have also not come out clear on their modus operandi though they have admitted to have solicited support from across the border - explaining that it was for “liberation” in the interest of the Kashmiri population. In sum, all the financial transactions look suspicious and call for closer scrutiny.

Meanwhile, delving into the phone calls made to various “contacts” at various locations in Pakistan, the Hurriyat’s defence appeared weak - crying on the same old story of “freedom struggle”.

When questioned about the presence of separatist elements in WhatsApp groups, they had no worthwhile response except that they wanted to get connected with like-minded people to espouse the cause of the “liberation” struggle.

Sources in the NIA, meanwhile, give out that those under interrogation are hardened no doubt, but are eventually likely to succumb to sustained and scientific questioning. The NIA is now known to be focusing on ascertaining the names of the handlers operating from Pakistan. Hopefully, sooner than later, a breakthrough will surface. 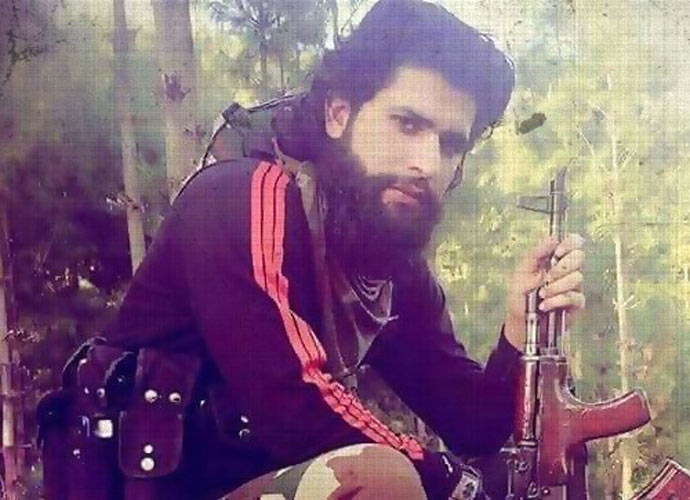 Piqued by the NIA investigations and concerted action being pursued by the government, the militants have embarked on a publicity blitz as part of their psychological propaganda, by forming a new outfit known as Ansar Ghazwat-ul-Hind. It comprises almost all the accomplices of Burhan Wani and is functioning directly under the operational command of newly appointed extremist Zakir Musa, 23.

Musa has been assured of blessings from his mentor(s) in Pakistan who are prioritising propaganda as they are now of the firm view that their campaign of psychological warfare is on the wane and if they don't counter it with an aggressive and robust propaganda offensive, chances of success would look marginal.

This newly formed outfit has a media outlet referred to as Al Hurr. The outfit has strong linkages with the Al-Qaeda and this looks disturbing to security experts and analysts. The development was duly notified by the Global Islamic Militant Front for further dissemination.

This has set a trail of confusion as terrorist Salahuddin is at a loss over who will be the face of Kashmir now? Zakir or Salahuddin? This confusion may be of immense operational value if exploited effectively to the advantage of the establishment.

Against this backdrop, a good segment of the Kashmir progressive forces has been noticed to be distancing themselves from the “pro-freedom” lobbies. This should be seen as a welcome development as the separatists seem to have been reined in and the secessionist movement has started showing signs of a slow decline.

In the meantime, however, the Joint Resistance Leadership (JRL) has given a call for observing a hartal, protesting against the alleged fake encounter in Machil. It's doubtful whether the protest call will make an impact as the general mood in Kashmir today is that of reconciliation, peace and a desire to return to normalcy.

This emerging mood, however, merits calibrated action by the intelligence agencies, preempting any subversive act by hostile neighbour Pakistan and its cohorts and effective action by security forces on the ground. With the general public largely in favour of peace, the task should not be difficult. All technological and human intel resources must be harnessed to capitalise on it.

To continue the all-out war on the separatists as also to sever their links with Pakistan, the Kashmir Police are now taking on the fight with militants to the cyber space. They are gearing up cyber capabilities to keep a constant check on anti-India activities carried on social media.

And to reinforce its activity, a well thought-out cyber strategy has been crafted and set in motion under the stewardship of no other than the Director General of the Kashmir Police. This move is largely to neutralise the humongous negative and anti-India propaganda hogging the cyber space.

Close monitoring of posts is being undertaken and new Twitter and Facebook accounts have been initiated. New versions from the police side are being regularly uploaded on social media to apprise the users of facts lest they are misled by acrimonious propaganda.

Central agencies may extend their technological help to strengthen this arm which will help the police to win the war against their adversaries. With the public opinion dwindling, the task does not look impossible.

Also read: How separatists and politicians are making a killing in Kashmir

#Zakir Musa, #NIA, #Hurriyat, #Kashmir Unrest
The views and opinions expressed in this article are those of the authors and do not necessarily reflect the official policy or position of DailyO.in or the India Today Group. The writers are solely responsible for any claims arising out of the contents of this article.