Are intellectuals supporting Kashmir's cause all Pakistan-sympathisers?

Kashmiris must realise that there is a difference between the Indian State and Indian people. Everyone is not deaf.

P Chidambaram, India’s former finance and home minister, during the UPA-2 rule in New Delhi once said that “Kashmir is a unique problem which needs a unique solution”.

Today, as a senior Congress leader in Opposition Chidambaram is talking about a “grand bargain” while advocating a “greater autonomy” for Jammu and Kashmir. He is a veteran Congress leader and a loyal and patriotic Indian, not a “terrorist sympathiser” or “Pakistan-sponsored” public representative.

Late PV Narasimha Rao, India’s former prime minister and a Congress neta, once famously said in relation to Kashmir that “sky is the limit”. 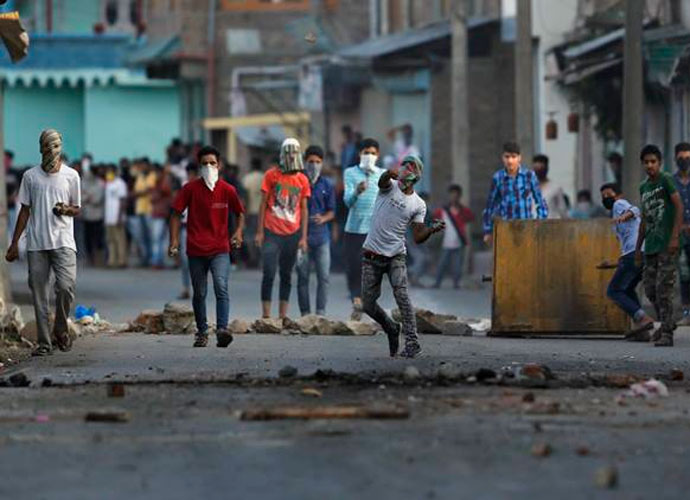 Before that, India’s first prime minister Jawaharlal Nehru promised a plebiscite to the people of Jammu and Kashmir and made that commitment to the international community as well.

We have two options available to us.

One, we believe that all these Congress leaders have played politics over Kashmir. Two, they may have spoken the truth but couldn’t deliver on their promises and pledges for political reasons. We are free to choose.

For argument’s sake, let’s assume they only played politics over Kashmir.

Now let’s try and understand what many well-respected independent thinkers, authors, academicians, anchors, activists, journalists, and defenders of human rights in India have to say about Kashmir.

In her latest opinion piece on Kashmir, India’s celebrated novelist and public intellectual Arundhati Roy argued, “The people of Kashmir have made it clear once again, as they have done year upon year, decade upon decade, grave upon grave, that what they want is azadi.”

In his recent piece published in the Hindustan Times, Thapar briefly explained how lessons can be drawn from the Northern Ireland example.

“My image of Indian democracy is contradicted by what’s happening in Kashmir. For all its imperfections — and there are many — I view India as a free and democratic association of people who want to be Indian even if, at the same time, they are Rajasthani, Gujarati, Maharashtrian, Tamil, Malayalee, Manipuri, Naga or Himachali. What I see on TV and read in the papers once again rams home the ‘fact’ this is not true of the people of the Kashmir Valley,” he wrote.

Similarly, noted author Shobhaa De batted for a referendum in Kashmir in her latest blog published in the Times of India.

“Because we have shut our eyes and minds. We don’t want to hear or see the naked reality of a tortured land that is suffering because of political decisions taken decades ago. Nobody is willing to ask Kashmiris the question: “What do YOU want?,” De argued.

“Let’s see if the present government has the guts to go ahead with a referendum to resolve the Kashmir crisis once and for all. Let’s end the lingering pain in the region and allow Kashmiris to live in peace, with the dignity and harmony they are entitled to,” she concluded.

Aditya Sinha, journalist and author, in his well-argued piece, wrote that when so-called normalcy returns to Kashmir, “Delhi will find the anti-India sentiment has deepened” in Kashmir.

“The other delusion is that there exists a pro-India constituency in Kashmir. Jammu is undoubtedly pro-India but it is not Kashmir, though many link the two for rhetorical purposes,” Sinha wrote.

He added, “Despite 69 years of opportunity, India has not earned Kashmiri trust. This is not surprising, seeing the reactions in Delhi — by journalists, some of whom have forgotten non-partisanship — that Burhan Wani was a terrorist who deserved death; or that some international jihadi syndicate used his funeral to expand the war against India. All those mourners on Saturday did not think he was a terrorist. Only a colonial oppressor, like imperial Britain, would perceive an entire population as terrorist or terrorist-supporting.”

Even veteran journalist Dileep Padgaonkar, part of a three-member team of interlocutors on Kashmir in 2010, is now saying it openly that Kashmir needs a political solution.

Again, we have two options.

Either we ignore all these gentlemen as “Pakistan-sponsored separatists” and “Kashmiri sympathisers” or New Delhi, for a change, tries to listen and understand what Kashmiris want.

It could be an excellent opportunity for all sane Indians to come out of their denialism on Kashmir. It could also pave way for true democratisation and freedom of India’s electronic media which usually acts as a government's stenographer and thinks of itself as defender of India's national security by cashing in on falsehoods and propaganda.

Apart from what the honest Indian politicians and independent thinkers say on Kashmir, one must also not lose sight of another emerging reality in India.

Many people in the Indian states of Punjab, Tamil Nadu, West Bengal and Andhra Pradesh have held solidarity rallies for Kashmir and called for an end to civilian killings and for the urgent need for a just solution. This growing trend of Indian citizens coming out in open in support of Kashmir is very encouraging indeed.

Therefore, it is incumbent upon the Kashmiri leadership to build on this momentum by enhancing civil society support in favour of Kashmir.

Lastly, it is easy for the ruling BJP to dismiss the views expressed by the Congress politicians as political opportunism or disregard other views as liberal façade, but the BJP can take lessons from one of its own towering leaders Atal Bihari Vajpayee, who once famously noted “Insaaniyat ke dayre main baat hogi” (Talks on Kashmir will be held under the ambit of humanism”).

And Vajpayeeji is not a “terrorist sympathiser” by any stretch of imagination.

#Ab vajpayee, #Narendra Modi, #Kashmir
The views and opinions expressed in this article are those of the authors and do not necessarily reflect the official policy or position of DailyO.in or the India Today Group. The writers are solely responsible for any claims arising out of the contents of this article.