Why Kashmir's stone-pelters mustn't be seen as terrorists

Indian newspaper and TV coverage has been shamefully one-sided.

It has been a month since the "encounter" killing of Hizbul Mujahideen commander Burhan Wani, which sparked massive and continuing protests in many parts Kashmir.

People have not only been shouting slogans but pelting stones at Indian forces, who have replied by using pellet guns.

Thus far, more than 55 have been killed, scores blinded, hundreds hospitalised and several thousands of people injured to a lesser extent.

A four-day-old baby is among the victims of pellet guns. And last week, an ATM guard was found dead with 300 pellets in his abdomen, fuelling more protests.

On Friday alone, 674 were injured by pellet guns and teargas.

For 31 days now, normal life in the Valley has remained disrupted thanks to curfew imposed on parts of it.

Mobile and internet connections remain suspended. Chief minister Mehbooba Mufti seems clueless, given her handling of the situation over the past month, while Prime Minister Narendra Modi's lips have remained, as usual, sealed.

Indian newspapers' and TV outfits' coverage has been shamefully one-sided. Few have devoted the space and feet on the ground that events deserve.

Some online publications have tried to fill the yawning gap. And when it comes to the few news items and commentaries accurately or sympathetically reflecting the events, the comments below them make for painful reading.

"Use live bullets instead" is a frequent comment. "Kill the separatist Muslims" and of course, the perennial "Go to Pakistan" are some posted by the Hindutva crowd, perhaps many of them in the pay of call centres with links to the Sangh Parivar.

Also read: How stone-pelting in Kashmir almost killed my father and me

Some have gone so far as to describe the stone-throwers as "terrorists".

What are hapless Kashmiris, faced with one Indian soldier for every 25 of them, to do? When the Indian forces in Kashmir - and Manipur - are protected by the Armed Forces (Special Powers) Act, which is a licence to rape and kill with impunity?

Are they to practise Gandhian methods against an Indian state hell bent on quelling all resistance since the late 1940s?

Even Jawaharlal Nehru and his daughter Indira Gandhi - no darlings of the Sangh Parivar - jailed Sheikh Abdullah, the most prominent of Kashmiris in the 20th century, for years without trial.

The late great Palestinian intellectual and author of Orientalism and other celebrated works, Edward Said, once wrote: "Since when does a militarily occupied people have the responsibility for a peace movement?" 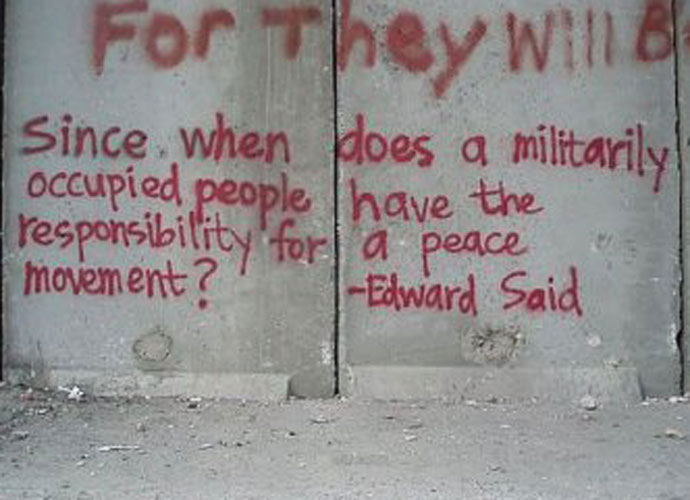 Incidentally, a famous photograph shows Said throwing a stone at an Israeli outpost. He later said he was having a stone-throwing contest with his son and that it was a ''symbolic gesture of joy'' at the end of Israel's occupation of Lebanon.

''It was a pebble,'' Said added. ''There was nobody there. The guardhouse was at least half a mile away.''

Said was no enemy of Israel. He had and still has many admirers there, not least the world-renowned pianist and conductor Daniel Barenboim, with whom he co-founded the West-Eastern Divan Orchestra made up of musicians from Israel and Palestine.

The people of Kashmir and those clamouring for freedom are no enemies of India. They want to have good relations with the people of India. 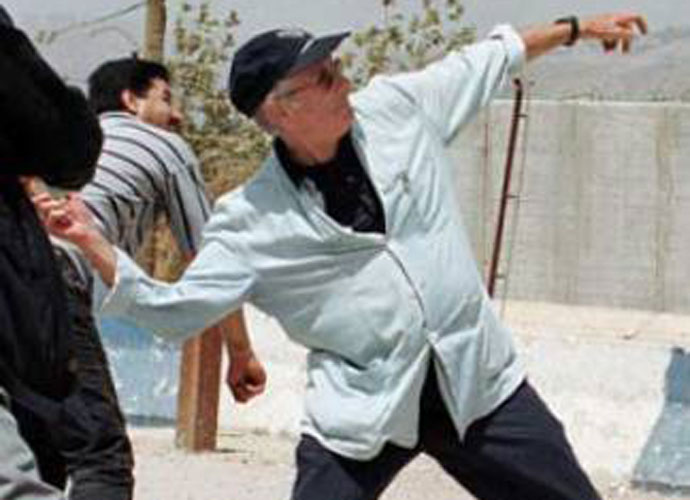 The late Palestinian intellectual Edward Said casts a pebble at an Israeli outpost.

What about them, indeed? Who was to blame for their exodus? What was the role of then state governor Jagmohan in it?

Of course, Salafist influence and Pakistani meddling have been at work too. But who is holding up the Pandits' return when Kashmiri nationalists say they'd like the Kashmiri Hindus back?

Why are they being kept in camps in New Delhi and Jammu instead of being encouraged to return to the Valley they cherish?

Kashmiris of all faiths living together and being at peace with all their neighbours is the dream of a lot of those reclaiming "azadi" and their sympathisers.

The peoples of Kashmir, Tibet, East Turkestan (Xinjiang region under Chinese rule), Kurdistan (under Turkish, Syrian, Iranian and Iraqi control) and other peoples who feel they are subject to alien rule deserve the same as the people of East Timor (Timor Leste), who shook off Indonesian yoke with UN intervention as recently as 14 years ago.

Post your comment
#Burhan Wani, #Edward Said, #Kashmiri Pandit
The views and opinions expressed in this article are those of the authors and do not necessarily reflect the official policy or position of DailyO.in or the India Today Group. The writers are solely responsible for any claims arising out of the contents of this article.