Congress is on a downward slide and now rules in only six states.

The inevitable has happened in Kerala. Despite the single-point agenda of the two rival camps - the Congress-led United Democratic Front (UDF) and the CPM-led Left Democratic Front (LDF) - to have a "BJP-free Kerala Assembly", the party has been successful in opening its account in the state for the very first time. And it will not be a wonder if the BJP becomes the main contender of the LDF in the next Assembly elections, which will be held in 2021, by pushing the Congress to the third position.

This is the second defeat of sorts for the haughty LDF and UDF - the first was the BJP-led NDA coming into existence in the state to contest the Assembly elections. The BJP stitched an alliance with Bharat Dharma Jana Sena (primarily representing the backward Ezhava community and formed by the Sree Narayana Dharma Paripalana Yogam), Janathipathya Rashtriya Sabha (led by well known tribal leader CK Janu), Kerala Congress (PC Thomas faction) and JSS (Rajan Babu).

The two polar formations had egg on their faces as BJP candidate O Rajagopal breached the wall erected by them and won from Nemom. Former Union minister Rajagopal, 86, won by over 8,000 votes. Having made an inroad, the BJP is all set to pose a tough challenge to the LDF in the future.

Also read: Why O Rajagopal, BJP's first legislator ever in Kerala, is having the last laugh

The right-wing party has been growing in the southern state for the last few years. A stiff struggle is also going on between the BJP and its ideological parent RSS on one side and the LDF and UDF on the other. Both LDF and UDF see in the BJP a formidable force and, hence, their fear.

In the run up to the just concluded Assembly elections, former defence minister AK Antony, whose role in the multi-crore AgustaWestland VVIP chopper scam has become controversial, gave a clarion call saying the Congress will not allow the BJP to open its account. The CPM too supported the Congress in this endeavour. 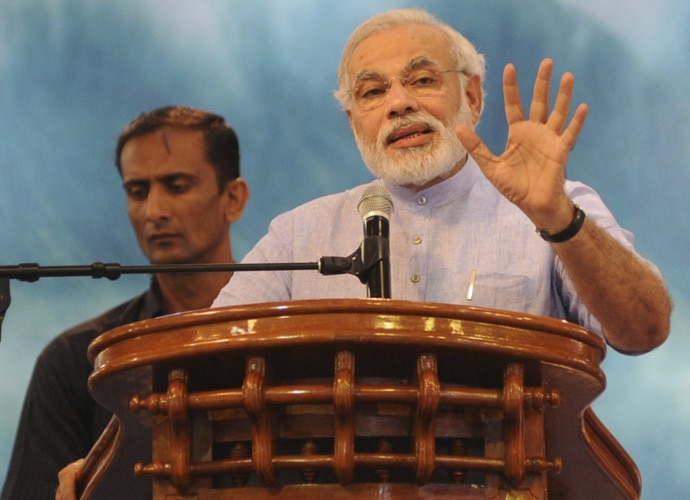 It goes to the credit of RSS, Prime Minister Narendra Modi and BJP chief Amit Shah to build the party from scratch in Kerala.

Finally, the LDF and UDF failed in their mission. The way RSS and BJP are toiling, it will not be a surprise if the Congress is pushed to the third place and the main contest takes place between the Left and the NDA in the 2021 elections. Prime Minister Narendra Modi's tweet expressed this sentiment:

I salute all those who built the BJP in Kerala, brick by brick, decade after decade. It is due to them that we are seeing this day.

In Kerala, the persistence of the Party has paid off today & we will become an even stronger voice of the people. @BJP4Keralam

A look at the performance of both the BJP and the Congress in the last three elections will be more helpful in understanding the Congress' continuous slide and the corresponding rise of the BJP in the state.

In the 2016 elections, while the Congress' vote share reduced to 23.7 per cent, that of the BJP has jumped to over 15 per cent. Moreover, the BJP may have won just one seat but it came second on seven seats. A jump of more than 20 per cent vote share will get translated into seats, which is quite achievable in the next Assembly elections.

While the BJP will only keep growing, the Congress is on a downward slide. The grand old party of India is in the worst phase of its 131-year-old history. It is now ruling in just six states and with just over seven per cent of India's population. Except for Karnataka, it is in power in five small states such as Uttarakhand, Himachal Pradesh, Arunachal Pradesh, Manipur, Meghalaya and Mizoram. An upbeat BJP is only expected to improve its position while there is hardly any hope for a demoralised Congress.

The BJP will certainly be in a position to give a tough fight to the LDF in the 2021 elections. If the BJP's persistence continues, lotus will certainly bloom in Kerala ten years from now.

#BJP, #Elections 2016, #Kerala Polls
The views and opinions expressed in this article are those of the authors and do not necessarily reflect the official policy or position of DailyO.in or the India Today Group. The writers are solely responsible for any claims arising out of the contents of this article.