No more cosmetic rebuilding: What India needs to do after the Kerala floods

As the waters recede and the reality of reconstruction dawns, quick solutions need to be avoided.

The narrative about the Kerala floods splits into two dimensions. The first is a study of the nature of relief and response, celebrating resilience of the society. One finds in it the usual accolades about the Army and the voluntary groups. Kerala acknowledges all this but also paid a moving tribute to the 7,000 fishermen who aided the rescue operations. Their spontaneity and generosity was the stuff of legend.

The media reporting on the event has been outstanding. Yet as the waters recede and the reality of reconstruction dawns, the nature of narrative changes. Now one has to produce a critique of policy and political economy and examine choices in the long run, the media becomes shortsighted. One needs a different form of discussions where neither quick solutions nor simple answers are available. A sociological intelligence is needed to weave the future tapestry of Kerala.

This is essential for three reasons. Firstly, the moment the pressure of relief and rescue is over, the politics of the blame game can begin. But blame games beyond being factional and divisive are shortsighted. They do not proceed to the inner depths to look at the tectonic flaws in the system. Secondly, the act of reconstruction — while dutiful and well-intentioned — can replicate the evils of the past, creating a faster speed of imitation. Instead of rethinking the developmental model, reconstruction can recreate an uglier Kerala. More thought needs to be given before taking decisions that could have an ecological fallout. (Photo: PTI)

We have to see the flood as a paradigm crisis and follow not the managerial experts but the ecological sage, Madhav Gadgil. Gadgil feels the logic of development in his veins. His father DR Gadgil was a member of the planning commission. Gadgil himself was a distinguished professor at the Indian Institute of Science. As a distinguished ecologist, he has taken major dissenting stands, including over Narmada and nuclear energy.

One of the great legacies he has left behind is the Gadgil Report on the Western Ghats. The report that covered more than Kerala, suggested that the Ghats be considered and declared as ecologically fragile and sensitive area and even graded them in terms of ecological sensitivity. Unfortunately, a prophet is never recognised in his own domain until the crisis strikes. The Gadgil report was superseded by the Kasturi Rangan report which watered down the integrity of Gadgil’s recommendations.

When the Kerala floods occurred, Gadgil reappeared as a prophet crying once again in the wilderness of the flood. But Gadgil was not hankering back to his report. Using it as a peg to emphasise that the floods were partly man-made, the question Gadgil raised was more general and futuristic. He was insisting science and politics to get together as a collaborative imagination and minimise suffering in the future. Suffering Gadgil suggests, comes when we do not examine the logic of choices and when the integrity of choices is corrupted by corporate interests. The contradiction was extreme, between a law-abiding society and a lawless mafia-like society which corroded the possibility of good governance.

Gadgil’s words are only a proclamation, the beginning of an ecological manifesto. It is a suggestion that nature and diversity become central to our imaginations. Gadgil does not go so far but today we can suggest that nature be made a part of a constitutional imagination. Merely giving the Ganga some kind of cursory representation does not guarantee this. It makes the Ganga an expression of the PWD imagination. The river as an ecology and as a way of life deserves better.

If Kerala gives its rivers a constitutional representation and finds the cosmological and legal backing for it, democracy advances in a new and different way. The mines, the forest, the river, the wetland and their stakeholders are allowed to fight for the integrity of ecology and the numerous little livelihoods that depend on them. An industry that's gives one a job abstracted from context behaves differently from nature, which offers livelihood based on ecology to people.

Nature then creates three levels of economy. First, nature as a cosmos and a chain of being is represented constitutionally. As a result, nature is read holistically and not at the mercy of economism, which reduces it to natural resources and strip mines it.

Such a transition of thought is not going to be easy. Just thinking about Kerala, it means one has to create a different Marxism because standard Marxism was based on the Judeo-Christian attitude to nature. It felt nature was made for man’s use and was resource based in intention. Our leading institutes of development must rethink their categories of economics and go beyond mechanistic ones. Sustainability would become more real than class. More by focusing on nature, one breaks what Ivan Illich called the current war of development against subsistence. Growth for growth’s sake becomes a taboo and unecological quarrying a crime, both against nature and humanity. Kerala almost secedes from the mindset of today’s crass commercialisation to recover its lost self. 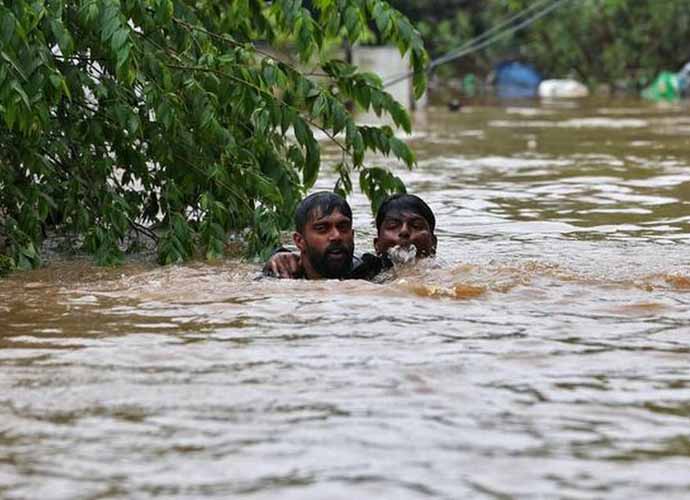 The Kerala floods led to great loss to life and money. (Photo: Reuters)

Second, one does not ignore the technological system but one realises its complexity and the incompleteness of all technological prediction. The claim to an infinitely accurate predictable weather system is sheer hubris. Complexity has shown that a lot of science is located within the structure of risk. They call not for technological prometheanism but technological modesty. A large dam, a hundred years ago in the age of Visvesveraya might have been an act of genius. Today a large dam or an obsession with dam systems is an act of illiteracy. It lacks a sense of ecolacy, the connectivity of knowledge and ethical action that ecology demands and democracy needs.

There is another critical point that the Gadgil report made that is often sidelined. Gadgil insisted that people be consulted before decisions about their economic and ecological future are taken. In such a model empowerment is not only to the state as a stakeholder but to the citizen. This raises the question of responsibility of marginal, dissenting, ethnic groups and of civil society as a whole.

One thinks of such rituals in a more differentiated sense of accounting, accountability, responsible citizenship. Accounting is honesty about a project, a transparency about money. Accountability demands that money also go to the right investments. Responsibility is a holistic sense of accountability and trusteeship, a language of caring for the marginal and the defeated which often get sidelined during debates on development.

Kerala faces a paradigmatic challenge where cosmetic rebuilding will be an evasion of responsibility. Democracy as an imagination has to return along with rebuilding to create a new paradigm where rethinking a river revives a nation.

Post your comment
#Ecosystem, #Narendra Modi, #BJP, #Kerala floods
The views and opinions expressed in this article are those of the authors and do not necessarily reflect the official policy or position of DailyO.in or the India Today Group. The writers are solely responsible for any claims arising out of the contents of this article.