Kerala polls: LDF has a shot, but Chandy may spring a surprise

With BJP in the mix, this looks like the most interesting election in the state's recent history.

Kerala is witnessing the most intense election campaign in its recent history. On all previous occasions, only the Congress-led UDF and the CPI(M)-led LDF were in the frame. But this time, BJP is also a force to reckon with in some constituencies.

Kerala does not have a history of the ruling party retaining power. So naturally, the odds are slightly in favour of the LDF supplanting the UDF.

Several issues were discussed during the campaign. National leaders from all political parties flew down to Kerala, camped here, and spoke in multiple districts. A true cross-section of the national level political issues were presented before the voters, including the UPA scams, BJP’s pro-Hindutva approach, the unholy ties between CPI(M) and Congress in Bengal, and the violent politics of the Left in general.

Oommen Chandy is perhaps the most intelligent politician in the state. His ministry faced several issues that could potentially topple it. But despite the resignation of his close aides, he somehow managed to survive the threats and complete the term. He could divert the political attacks from Narendra Modi over the Somalia mention and try to gain an upper hand in the issue just before the polls. Oommen Chandy is perhaps the most intelligent politician in the state.

But some of his political moves have failed too. The additional district and sessions court in Thiruvananthapuram on May 13 dismissed Chandy’s interim petition to interdict the opposition leader VS Achuthanandan from making public statements against him.

Of late, Chandy also came up with facts and figures of the criminal charges against the LDF candidates contesting the election. But he couldn’t hide the fact that more than 100 cases were registered against his own candidates too. But as long as the Election Commission does not bar candidates with criminal background, these records will not be discussed with the merit they deserve.

LDF on the other hand, has also been marred by political controversies. The murder of rebel leader TP Chandrasekharan became a topic of discussion once again. Some of their accused men had to resign after being elected in the local body elections.

The infighting between Achuthanandan and Pinarayi Vijayan, although repressed on the surface, hasn’t subdued a bit. Moreoever, they have not been able to revive from being stamped as followers of the anti-development principle. 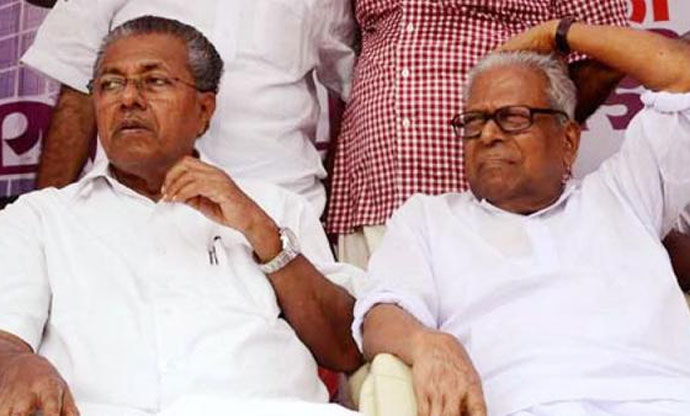 The infighting between Achuthanandan and Pinarayi Vijayan hasn’t subdued.

But because the state tends strongly to favour the anti-incumbancy factor, LDF could come out victorious. As always, that will lead to another round of debate as to who will become the chief minister.

Vijayan is the leader in the race, and the support Achuthanandan has among the common people may not empower him to overtake Vijayan this time. But as he is known for, Chandy may spring some surprise on the day before the election to gain advantage.

Also read: How BJP will affect UDF and LDF's fate in Kerala polls

BJP to reassure themselves

BJP has been campaigning with great gusto more than ever before. While the general prediction is that they can get up to three seats in the Assembly, their leaders exude confidence they could get more, and that they wouldn’t be surprised if they get a double-digit representation in the house. The party has fielded its entire top brass in the election, including the current state president and almost all living former presidents.

BJP does not follow an exact replica of its national level agenda in Kerala. It is not predominantly a Hindutva brand here. Over the years, it gained more reception among the voters, a fact that was evident in the last Lok Sabha and local body elections, especially in the capital city of Thiruvananthapuram.

Former Union minister O Rajagopal came within close reach of ousting Shashi Tharoor in the Thiruvananthapuram constituency, only to lag behind in the final round of counting.

Against all odds, the party won 35 seats in the Thiruvananthapuram Corporation, just eight behind LDF and 14 ahead of UDF. If anything, this is a clear indication that people no longer consider the party to be untouchable. A couple of seats in the Assembly will do wonders to their plan of spreading roots in the state.

Predictions do not matter at this moment. Predictions by agencies and media houses with repute have gone awry in the past. It is not just the political inclination that matters in Kerala elections.

The sizeable, yet-undecided voters who don’t have strong political ideology to cleave to, will play a major hand in the outcome. They will wait and watch until tomorrow to decide whom to elect on Monday.

#Left parties, #BJP, #LDF, #Kerala Polls
The views and opinions expressed in this article are those of the authors and do not necessarily reflect the official policy or position of DailyO.in or the India Today Group. The writers are solely responsible for any claims arising out of the contents of this article.