Inequality, difference and discrimination within the LGBT community must be addressed.

It was New Year’s Eve 2015 and a friend had sent a WhatsApp message if I’d like to join him for an LGBT party in M-Block market near GK1. I had been to such parties in Mumbai, Bangalore and Berlin but I hadn’t been to one in Delhi. I asked him how he came to know of it? Did someone tell him - a date, perhaps?

He said that adverts are quite regular on Grindr and Planet Romeo. And there isn’t just one, there are at least four such parties happening across Delhi, including one in the alleys of Faridabad far away from the metro station. He’d shown me screenshots of the adverts too. All of them, apart from choices of complementary drinks, had one thing in common: "No trans, fem, or cds allowed". 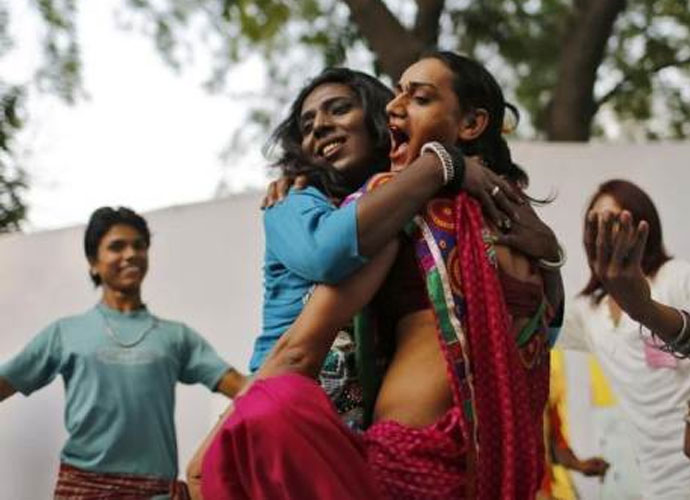 Inequality and difference within the greater LGBT community continues.

On the eve of International Day against Transphobia and Homophobia (IDAHOT), while Justin Trudeau has come up with groundbreaking legislation ensuring protection of human rights for trans people across Canada, India is yet to make room for homosexuality. So, talking of "phobia" doesn’t actually make sense in the context of the Indian collective outlook.

Well, even when mockery or sarcasm doesn’t help much in this country, what is most distressing to know is the kind of disparity that exists within the community. Especially in a place like Delhi where every other day there are queer agitations, queer film screenings, solidarity marches, active LGBT discourses happening at Oxford Bookstore in CP or in Jantar Mantar. Hence, it is even more disheartening to know what happens in these parties.

There is an obvious rift within the community. And the phobia actually finds expression within the ambit of the so-called cis-gay-men crowd. None of them want a trans woman, cross-dresser or an effeminate man lurking around them. None of them are willing to date, dance or be seen with them by their friends. It’s a huge shame, another friend told me that night, because his mother wouldn’t want him to be seen with a "girly" boy. "I’d better date a girl in that case," he’d said laughing.

Once I had gone out on a date with a fashion designer from Greece in his late 40s. He said that he’d lived across New York, Greece, parts of Europe, and had been living in Delhi for the last ten years. Of all things we exchanged over coffee, one that made him furious was the exclusion of the transgender people from the list of guests in such parties. He said that such things never happen in Europe. In the US it would be branded as shaming and may also lead to legal battles in some cases.

Even in Mumbai, I, myself, had not seen such reservations. Most of these parties in Mumbai happen around Andheri West, and unlike Delhi, they are larger in number. Even then, in each of those parties, atleast two to four transgender people or cross-dressers would always be seen. And Mumbai men would be quite comfortable around them.

The reason, as told by a Delhi friend from the academia, is as silly and basic as, "Mumbai is a far more liberal city, you know!" He also added that the liberal nature of the city could also be attributed to its higher population of hijras. So people are quite used to seeing them. The logic, apart from being preposterous, also proved that however one may try, it is very difficult to break away from the cultural belief systems in a patriarchal society.

Trans people, having grown in the same society, must suffer way more than cis men to come out in public. The shaming is so much more by the "majority" that it creates confusion in their heads about their own identities. Therefore, a lot of them end up seeking counselling and psychological help. And hence, sadly, trans people are branded as mentally unstable.

Though, quite recently, the Supreme Court recognised the third gender attributing to the transgender population of the country, inequality and difference within the greater LGBT community continues. They are, therefore, in a constant state of battle.

Homosexuality remains a taboo and consensual non-penovaginal sex remains criminalised. Also, protection of transgender rights hasn't improved - neither in its recognition, nor in its inclusion in the greater community referred to as the sexual minority.

The aversion remains, as shame and ignorance prevails. One can only hope for some more solidarity within the single homogenous minority and end the phobia.

#Homophobia, #Homosexuality, #Transgender, #LGBTQ
The views and opinions expressed in this article are those of the authors and do not necessarily reflect the official policy or position of DailyO.in or the India Today Group. The writers are solely responsible for any claims arising out of the contents of this article.