We know that people are so much more than their bodies.

It's the hardest thing to do to keep an even voice and calm demeanour when people talk about feminists like rampaging rogue elephants. Seemingly intelligent men and women often say baffling things when they talk about feminism.

Most recently Lisa Haydon stated that she thought "women's bodies were made for having children", she goes on to say that she's not a feminist because she wants to "cook for her husband" and because "women shouldn't be like men".

Such misguided notions need to set right but it's such a chore - really people should bother to inform themselves only so that they don't sound like Donald Trump clones. 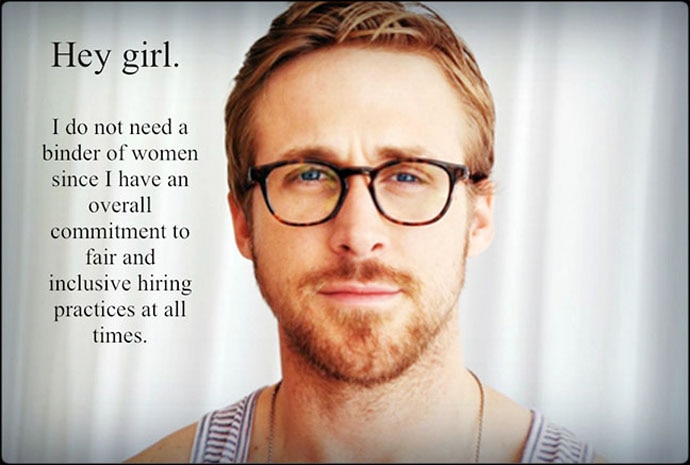 However, the fact that he got this far means that people don't really bother and since time and energy are both precious and as one tires of repeating it to each of these people, here is a list of things that we feminists are not -

1.    Not all feminists are women and not all women are feminists - I have met men who are feminists and women who are misogynists. It's takes all types to make the world and they're not sharply divided in terms of sex. Case in point - Lisa Haydon!

2.    We don't hate men - On the contrary we actually love them and are as concerned for men and the state of masculinity as we are about women. Feminism does not ascribe to the regressive and pedantic notion that this is a war between men and women.

Feminists are amongst the many groups who know that the current state of things is faulty and needs to change.

3.    We don't want to be like men - that's a boring idea not even worth defending. Feminists condemn violence irrespective of who commits it. If a woman is abusive towards a man, it is as bad as if a man was abusive and derogatory.

Feminists recognise that the "male" way is the wrong way and so absolutely don't want to be like them.

4.    We don't get angry and act irrational - Listen up people - not all angry women are feminists. Sometimes women are genuinely just angry with something you did and that has nothing to do with their ideology.

Bear in mind that when the entire nation is baying for the blood of juvenile offenders, it is the feminists who have gone against it - because they understand the fall out of it on innocent children.

5.    We don't skulk away from the mainstream and function on the periphery - Marlene Dietrich, Coco Chanel, Eva Peron, Emma Watson, Benedict Cumberbatch, Ryan Gosling, Barack Obama and J K Rowling are some of the self declared feminists.

6.    We don't compete with other women - Feminists recognise that competition between women springs for a terrible societal mindset that has mentally enslaved many.

If the feminists are men they respect women and so steer clear of these situations and if they're women they would never compete for the attention of men - and that's why feminists are such a joy to be around.  The communication is free of this weight and stays in a space where real conversations can take place.

7.     We don't use our sexuality to get on - The traditional mindset states that when all else fails or even otherwise - a woman should pander to a man's ego by putting forth her sexuality.

Men on the other hand have been convinced that they are helpless in the face of this onslaught. Both notions are degrading men and women. Feminists know that people are so much more than their bodies and so they move in the world as much stronger, compassionate people.

8.    We don't use the law to torture men - It's worth understanding that the percentage of women who register false complaints is miniscule. And they are not feminists. Also not all women who come out and complain are necessarily feminists.

The fact is that whatever maybe the law, the people who apply these laws don't think in gender equal ways. And so more often than not the outcomes do not favour women.

9.    We're not one group of homogenous people - Feminists of different countries, regions and race define their own approach to make the world gender equal. The methods are defined by the societies we come from, every place has it's own peculiar demon to battle and so feminism is a very local and egalitarian movement.

It is all however pointed in the same direction - a gender equal, compassionate world.

10.    And finally - we don't burn bras…really we don't. Some us love ours and other don't care much about them but mostly we have so little time that we would rather not spend time and money burning our underwear. In fact very few bras were ever burnt - feminists mostly just threw them in dust bins.

In conclusion, if you see a man or a woman who is easy in their skin, compassionate and loving with people, the environment and animals - they're feminists - even if they don't know it.

#Gender Equality, #Feminism
The views and opinions expressed in this article are those of the authors and do not necessarily reflect the official policy or position of DailyO.in or the India Today Group. The writers are solely responsible for any claims arising out of the contents of this article.