Imagining a dialogue between Gandhi and Ambedkar in today's time

We need both Mahatma's spirit of ahimsa combined with Babasaheb's radicalism.

"I very much like this doctrine of manyness of reality. It is this doctrine that has taught me to judge a Mussalman from his standpoint and a Christian from his. Formerly, I used to resent the ignorance of my opponents. Today, I can love them because am gifted with the eye to see myself as others see me and vice versa. I want to take the whole world in the embrace of my love. My anekantavada is the result of the twin doctrine of satya and ahimsa."

The public sphere in India, perhaps, has never been as debate-ridden as it is today. However, one of the distinctive, and disturbing, features of this ideological unrest is its aggressive, almost intimidating and even murderous, tone framed by equally belligerent radical contour. There is an unusual sense of restlessness in the air, interspersed with a deep sense of collective hurts, bleeding hearts, wronged communities and people, and most of all a competing race for annihilating the counter voices. No one wants to stop, ruminate, take a pause and reflect. Everyone seems to be in a strange hurry to settle scores, in a ''now or never" mode.

There is Ambedkar, there is Karl Marx. There are Nehru, Patel and Bhagat Singh. Of course, there are Golwalkar and Savarkar as well. And there are angry men and women, mostly young, on the streets, continually recharged and instigated and short-fused by WhatsApp-history and Facebook-politics, adding to the volatility of public debates today. 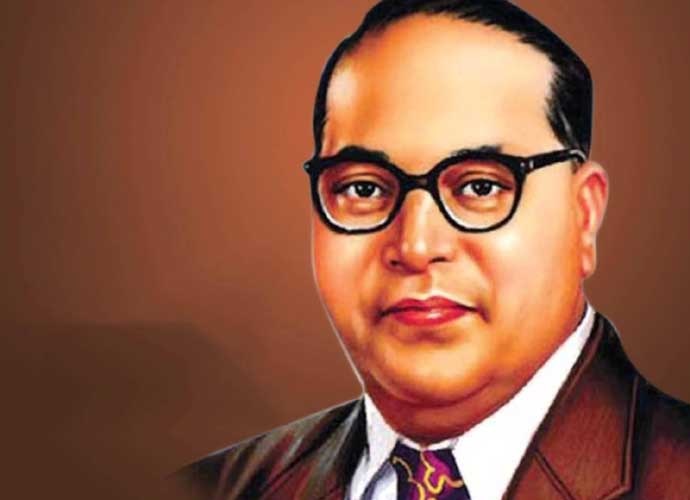 But where is Gandhi? Amidst all the current churning he is conspicuous by his absence. Did a person like him ever walk on this planet? The man whose brilliance, both as an ideologue and as a practitioner, stirred not just the conscience of the millions of Indians in their fight for freedom from colonial rule, but also earned him a huge following even in the "enemy" West. Has he lost his relevance? Have his ideas become obsolete?

In an atmosphere where some of the critical cornerstones of our Constitution and the idea of India as a modern nation state, such as, secularism, communal harmony, inclusive development, citizenship and affirmative action, are being debated upon and put under sustained interrogation, the near complete absence of Gandhi's ideas and thoughts from our public discourse raises questions, most to us as a society.

Also read - Release Ambedkar from the prison of his identity

Gandhi emerged as a leader of mass appeal during India's struggle for Independence because of his incredible moral courage and conviction; his deep felt philosophical and moral disillusionment with the prescriptions of industrialised West that got eventually articulated as a formidable counterpoint to the ideological and civilisational hegemony of the West; his supreme faith in ordinary human (but morally correct) spirit and its potential to fight against the gigantic, unjust and the mighty colonial rule; his politics based on empathy and forgiveness, and most of all, his unflinching belief in the idea of non-violence or ahimsa; which actually went on to become the talking point the world over, both during his time and beyond, as an extraordinary idea, a political strategy with deeper, more humane implications.

In Gandhi, we find no easy solutions, no ready-made formulae, no clear binaries - between friends and enemies and hence the seeming redundancy and marginality of his discourse in a political climate that essentially demands and thrives on a clear identification of enemies, clean and clear marking out of "our" group from "their" group.

Gandhi had no final philosophy to preach, no patent of a theoretical paradigm to boast of. He was primarily a practitioner, more than a theorist. Those who see and worship him exclusively as a theorist take the convenient route to earn political capital out of his iconic presence in the hearts and minds of the ordinary Indians even today.

Look closely and you find that much of Anna Hazare's movement and its success, which seems to have almost changed the course of democracy and electoral politics in India, drew heavily from this indelible legacy of Gandhi.

Incidentally, the Anna Movement was also a site that borrowed much of its legitimacy by simply mimicking Gandhi and his associated legacy and symbols. The more difficult option and hence the reluctance to take the path by many, is to look at Gandhi as a practitioner - his embrace of khadi, charkha, practise of self-cleaning of the toilets, indefinite fasts as a political-moral response to his adversaries and many more.

Evidently, to follow Gandhi one requires a level of individual commitment and integrity that is hard to practise. It is easy to find enemy outside than to entertain the idea of first, or even simultaneously, trying to engage with the enemies within.

Sadly, Gandhi, for the hyper-macho young generation of Indians, has been reduced to mere jokes, suggesting physical frailty. Talk of public and political morality invites derision and ridicule. The new Indians entertain Gandhi only in terms of Bollywood's Munna bhai series where Gandhi is consumed as light-hearted, benign humour, accompanied by popcorn bucket in a cosy multiplex. The political class has largely deified Gandhi as some god who is ritually remembered on every October 2 for photo-op, while the hoi-polloi waits for the day for heavy discounts on fancy khadi clothes.

Gandhi's disappearance from our public debates is primarily a sign of our collective disconnect with our deep philosophical roots that celebrated plurality of thoughts and practises. Gandhi lived and ultimately died for those ideals of India. His idea of India is not divided between various colours. No wonder he has no flag, no particular colour, dedicated to him. He represented merger of colours, dissolution of all differences. His prescriptions are like Test cricket which has very few takers in the era of T20.

Also read - Why blame only Suu Kyi for being racist? Gandhi, Vivekananda were no different

What is more painful is the systematic effort by some, to portray Gandhi and Ambedkar as pitted against each other, as eternal adversaries. Is it possible to imagine a dialogue between the two? I believe it is. Indeed Gandhi had flaws. What makes Gandhi remarkable, however, is his propensity to acknowledge his own contradictions and then work on it.

It is this side of Gandhi which is most fascinating and most relevant to our world today - not the ossified fixity to a particular ideology but the ever readiness to self-reflection and inclination to reach out to the "other" and listen to their perspectives. This however requires a sustained engagement with one's self, one's ego.

Unfortunately in the din and bustle of our fast-paced public life and politics today, there is no time for such moments. The fact is we need all of them - Ambedkar, Gandhi, Marx, Tagore, Bhagat Singh - at different epochs of our journey as a nation, as a society. For they together nurture and replenish our intellectual reservoir and guide us at different points in time.

Gandhi and his ideas are more like naturopathy which emphasises slow, long-term and tedious prescriptions to pre-empt complications later, while Ambedkar, for instance, is like a surgeon, who with his sharp legal and institutional acumen, training and prescriptions is most handy when it comes to dealing with the ills of a modern nation state like India with so much heterogeneity and complexities.

It is without doubt that the credit for casting disparate Indians in to citizenship mould goes largely to Ambedkar. It is dreadful to even imagine our world today without the Constitution. And therein lies the immense contribution of Ambedkar in the making of modern India.

I fancy a profound dialogue unfolding when the radicalism of Ambedkar combines with the spirit of ahimsa of Gandhi. We need both hence. Pitting them as adversaries may be good to our individual politics, but bad for our collective destiny as a democratic nation and as a society.

Also read - 5 songs on Ambedkar you must not miss

Let's take a pledge that we will not do to Ambedkar what we did to Gandhi - We will not idolise him, instead we shall treat him as a human; for Ambedkar's journey as a human being is far more profound and inspiring than when we convert him in to statues, put him in a shrine and create a sacred halo that distances him from his own.

Let's spare Ambedkar the treatment of deification, as we did in case of Gandhi, to pay our true tributes to one of the greatest minds of India and the world. The two most paramount concerns of the world today are - violence and inequality, and that is where that the coming together of Gandhi and Ambedkar promises to be so liberating and heralding a new discourse; beckoning of a new society.

Post your comment
#Constitution, #Indian freedom struggle, #Mahama Gandhi, #Dr BR Ambedkar
The views and opinions expressed in this article are those of the authors and do not necessarily reflect the official policy or position of DailyO.in or the India Today Group. The writers are solely responsible for any claims arising out of the contents of this article.