By proposing a 'POW' grading system based on popularity and profiling, Mahesh Sharma is creating avenues for more market and agenda-driven hackery.

In his two years as the Union minister of culture (and tourism, but who remembers that?) - independent charge - Mahesh Sharma has been in the news perhaps a little less than former HRD and now textile minister Smriti Irani but certainly more than former environment and now HRD minister, Prakash Javadekar.

In the scheme of grading for writers and artists that the Culture Minister wants duly introduced, he would, therefore, fare at just about the "Promising" level, somewhere in between "Outstanding" and "Waiting", but definitely an RSS apparatchik with more tricks up his sleeves.

Sharma, whose wonderful erstwhile pronouncements have ranged from why racist attacks against Africans aren't a big deal, to why "cultural contamination" mustn't be encouraged, to the unnecessary brouhaha last year over him being allotted the sprawling Type VIII Lutyens' Delhi bungalow that previously housed former president, late APJ Abdul Kalam, now intends to bureaucratise art and literature at a scale that would have given Soviet Russia an inferiority complex.

Also read: 'Despite being a Muslim' Kalam's home is a compliment for Mahesh Sharma

Not only does he want to introduce the ominous-sounding POW system - Promising, Outstanding and Waiting, perhaps creating Prisoners Of (the) War against aesthetics itself  - to rank and calibrate and adjust and box and tabulate and compartmentalise and straitjacket literary and artistic expressions into a multiple choice question-ish nightmare, but also the staggering scale at which artists and writers and painters and dancers and singers and sculptors and curators and myriad other art-walahs will be profiled, scrutinised, surveyed upon, pried upon, looked into and obviously kept a tab upon, is dystopic, to say the least.

Already, the Centre for Cultural Resources and Training - the "autonomous institution" under the culture ministry and the nodal agency for the project" - has "profiled" over 70 lakh artists and writers.

Profiled. In order to be stamped a P/O/W.

Plain and simple, first, this is state-sponsored mass-surveillance of artists and writers, couched in rosy frames of giving them the (often much-needed) helping hand from the government. And second, this is all about creating a patently unscrupulous and disgusting caste system among them, branding most with the hot iron of undesirability, while bestowing on a carefully chosen handful State benevolence that might be singularly unmerited. What our Culture Minister, Mahesh Sharma, really wants is to create a thin slice of Culture Brahmins.

Consider how Sharma attempts to counter the above allegation: "There was this usual allegation that only a selected few artistes or a group of artistes participated at various events. We want to send them to various places as per their grading. It will also fix their honorarium permanently. We will prepare an index. We can then invite them anytime and send them anywhere."

It is obvious that the portentous nature of Sharma's diktats is obvious to him, because in this three-tiered and indexed heaven of hierarchy meant to cage most writers and artistes and giving some all the skies to fly in, Sharma intends to fashion perhaps the world's biggest database of artists profiles.

Also read: This regime is worrying us: Historians’ statement against intolerance

In other words, the government intends to know everything that a creative person is up to, and if his/her creativity does not fall under stated or unstated government vision of what is acceptable and what is not, that creative person's creativity may be in dire straits.

Given that Sharma had last year declared "let writers stop writing" if they have a problem with the government, it is more than likely that the "dissenters" would be given the appropriate "permanent honorarium", and their travels and engagements vis-à-vis their art and literary oeuvre / political opinion would be, let's say "interfered with", in the least, if not put a stop to altogether.

How would, for example, Mahesh Sharma handle a Nayantara Sahgal, an Uday Prakash, an Amitava Kumar, a Romila Thapar, a Mukul Kesavan, a Ramachandra Guha, an Arundhati Roy, and others who have, at some point, either returned their hard-earned and much-deserved laurels, or criticised, in no uncertain terms, the policies of the present government, which shows an unprecedented knack at reverse-engineering-to-Vedic-Age almost every cultural and educational institution in the country? 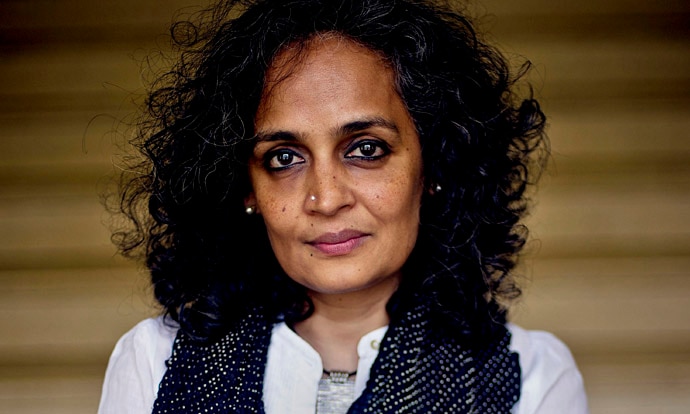 Arundhati Roy is not likely to consent to fill in such a highly invasive questionnaire.

Would Mahesh Sharma's proposed grading system give Arundhati Roy, a Man Booker Prize winner and one of the harshest and fiercest critics of Narendra Modi government, an Outstanding, a Promising or a Waiting status? What would the agent provocateur Roy, who has most recently questioned why Indians are reluctant to discuss "Azadi" and Kashmir together, make of Sharma's grading? And what would we, the audience, the people of India, the culture vultures, make of the exchange - bitter or sweet - that would transpire between Sharma and Roy?

[It is entirely another thing that the Edward Snowden-adoring Arundhati Roy would never consent to fill in such a newt-brained and highly invasive questionnaire in the first place, happy to let go any state-designated branding exercise as a P, an O or a W of art.]

As an example, though strictly hypothetical, the Roy-Sharma encounter lays bare every fibre that is wrong and repugnant in this mammoth undertaking which the Culture Minister perhaps foresees as his singular legacy.

This is a ridiculously anti-intellectual caste system that would put a Chetan Bhagat much, much above say an MM Kalburgi or a Narendra Dhabolkar - slain for their strong atheism, anti-casteism, Marxist leanings. This is the neo-Brahminism that would make a Dinanath Batra or a Gajendra Chauhan an ever brawnier entity in the stinking pool of cognitive sewage that is the Hindu boys' club of art and culture.

For the Sangh Parivar's Hindutva boardroom, its caste-laden Big Government and Big Corporate-friendliness, the idea of the Indian map laid out as the cartography of conformism is indeed orgasmic. Mahesh Sharma, whose own racist and bigoted assertions make him a homeboy of the RSS, naturally wants to secure his standing among Narendra Modi's cabinet jewels, since until now, he has only had the prime minister's public censure, hardly his praise.

Sharma, in his bid to digitally profile over one crore artistes, certainly considers a bureaucratically remote-controlled bubble masquerading as culture a better option than art that would make citizens sit up and take note, ask more questions, demand transparency and accountability from the government, demolish ideological barriers that separate say the Kashmir Valley from "mainland India", or instill a deeper perspective on polarising and provocative art like the late MF Husain's depictions of Hindu goddesses in the nude. 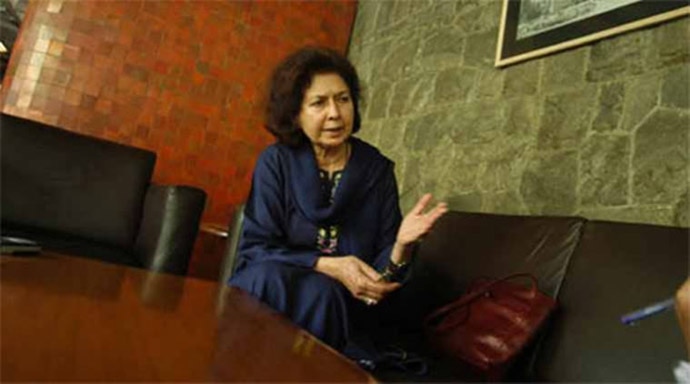 How would writers like Nayantara Sahgal, whom the government views with suspicion, be 'graded'?

What our Culture Minister really wants is to create a thin slice of Culture Brahmins, a new priestly class of culture custodians generated in the laboratory of Sangh Parivar's most entrenched prejudices, happily toeing and indeed propagating Cow Conscience as High Art.

Also read: Nayantara Sahgal on why she is returning her Sahitya Akademi award

This, he says, would be to "prevent a clique from dominating the official cultural space", only to be replaced by a brand new clique of conformists, or the politically non-aligned opportunists happily taking home the government dough without letting their art or conscience be troubled by difficult questions of Hindutva, hypernationalism, censorship, self-regulation, xenophobia, caste bias and other issues plaguing the country and its citizens like never before.

This is a turgid, patrician and extremely insecure government the state tentacles of which have already erased the mention of the country's first prime minister in secondary school textbooks in a bid to control cultural memory.

Now its bland extension, that goes by the name of the "culture ministry", but is, in reality, a black hole of critical thinking, wants to control the cultural future.

Let's say a big, unanimous and collective NO to this insanity.

#Modi Sarkar, #Writers Protest, #Culture Ministry, #Mahesh Sharma
The views and opinions expressed in this article are those of the authors and do not necessarily reflect the official policy or position of DailyO.in or the India Today Group. The writers are solely responsible for any claims arising out of the contents of this article.