As SC/STs assert themselves, both TMC, BJP realise the communities’ importance.

Caste has never been an issue in Bengal politics. But the same cannot be said about the state in the elections to follow. With the way SCs and Adivasis are converging under an umbrella organisation — Bharat Jakat Majhi Pargana Mahal (BJMPM) — in Bengal and the adjacent states, it is not too hard to guess that the SCs and the STs want to be heard and treated as an independent entity in the political matrix. 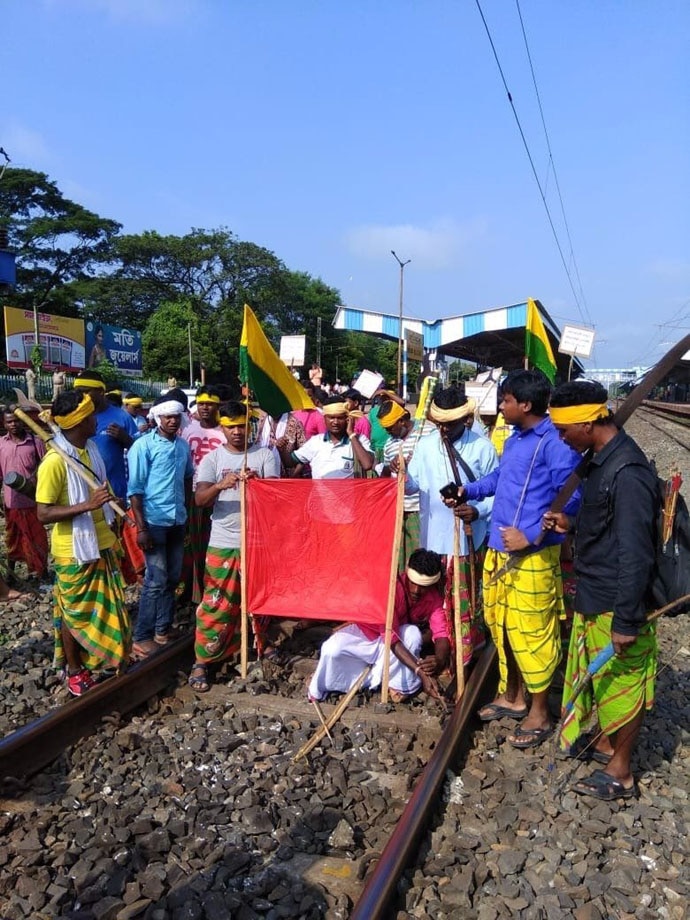 The Bharat Jakat Majhi Pargana Mahal made its presence felt through a rail roko protest on September 23. (Photo: Twitter)

The recent 22-hour ‘rail roko’— organised by the BJMPM on September 23, which immobilised traffic along the South Eastern Railways — showed the country that the SC-ST combine can throw a big challenge. It was in some ways an eye-opener for Bengal, which for the first time came face-to-face with the angst of the Adivasis.

While the demands did not seem too major — recognition of Santhali language in high schools, universities and appointment of Santhali teachers in educational institutes — in reality, it was giving a signal of class consciousness. It was also a warning that the SCs/STs cannot be taken for granted.

After Mamata Banerjee came to power in 2011, she had been perceptive to the needs of the people of the backward classes. She ensured that they were engaged enough not to be distracted by other factors. This was because the Maoists set foot in Bengal in the last leg of the Left Front rule, taking advantage of the grievances of the locals. The initial dole politics that Mamata started for the people of the backward areas of Bankura, Purulia, West Midnapore, etc. were lapped up and the 27 per cent SC/ST population in the state voted for Trinamool Congress in the subsequent elections.

But the political situation started changing from 2016.

Corruption in the supply chain of doles, coupled with extortion by political leaders and their henchmen, made the beneficiaries realise that they would always be at the mercy of someone in power. The need for resurgence as a class, caste and tribe was exceedingly felt as Adivasi and SC leaders cropped up. After Mamata Banerjee came to power in 2011, she had been perceptive to the needs of the people of the backward classes. (Photo: PTI/file)

In the panchayat polls in May, Bengal for the first time witnessed the rise of the saffron party BJP in the tribal belt of western part and north Bengal. A party primarily known to be for the upper castes and the bania class was looking for an access to the tribals with tall promises, and partly succeeding because of the political manoeuvring.

Having realised the danger of allowing saffronisation of the SC/STs, Mamata convened a meeting with their leaders, and prescribed a long list of solutions. Local men were involved in welfare schemes to check the rise of exploitive intermediary classes.

At a time when Mamata was hoping that her balm for the backward classes was beginning to work, the ‘rail-roko’ and its success derailed her complacency.

Even the BJP’s access into the tribal belt happened with the help of the party’s social wings, with the RSS at the helm. By setting up schools, health clinics and welfare camps, the RSS not only succeeded in winning the Good Samaritan tag, it also helped in opening the door for the BJP to reap political dividends.

There were even talks that frequent tribal eruptions were the handiwork of the saffron party looking to destabilise the political situation. Talks of the BJP taking the help of armed Maoists from Jharkhand to stoke the fire in the western part of the state were also doing the rounds. This may be a matter of debate, but the fact that political changes are happening is for all to see.

Recently, SC leader Jignesh Mevani was in Bengal to attend functions organised by the Bharat Jakat Majhi Pargana Mahal. He addressed a few gatherings and had a long discussion with the Manjhi or Santhali headman. After the meeting, he dropped in to meet Mamata Banerjee. Mamata requested him to be present at the rally that she’s planning in January 2019, with all the parties opposing the BJP. Mevani’s presence would send out a clear message that the SC leader was with the Trinamool Congress. 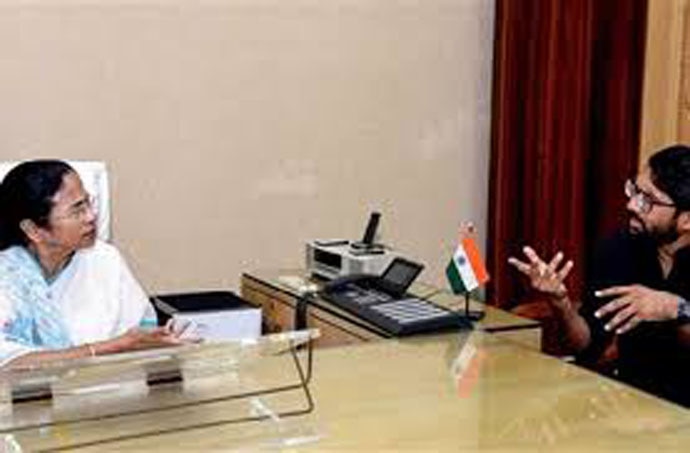 Apart from ensuring Mevani’s presence, what Mamata managed to do was tell the SC leader that the consolidation of backward votes in favour of the Trinamool Congress in Bengal was the need of the hour to defeat the “fascist” BJP; for she was the only one who has struggled and slogged for the poor and the downtrodden.

Also read: From bowl to ballot: At Kolkata’s food festivals, the latest flavour is politics

Post your comment
#Scheduled Tribes, #Scheduled castes, #BJP, #Bengal
The views and opinions expressed in this article are those of the authors and do not necessarily reflect the official policy or position of DailyO.in or the India Today Group. The writers are solely responsible for any claims arising out of the contents of this article.