The Modi government has not only managed to show that his government is against corruption, but has also created conflict among the opposition ranks.

The massive face-off between the Central Bureau of Investigation (CBI) versus Kolkata Police, which eventually turned into the ruling BJP government versus the Opposition, may have ended with Mamata Banerjee concluding her dharna on Day 3 after the Supreme Court order directing Rajeev Kumar, Kolkata top cop, often alleged to be close to Didi, to appear before the agency.

But the politics over this face-off will continue till the 2019 elections.

Both the BJP and TMC, including other Opposition parties, are aiming their guns at the upcoming Lok Sabha elections, using this as ammunition for the battle which will decide the next prime minister of the country.

It was not a battle over the investigation of Saradha Scam — it was instead a show of Opposition unity against Prime Minister Narendra Modi.

On the other hand, PM Modi has not only managed to show that his government is against corruption and all the CBI wants is to investigate the Saradha Scam, but at the same time, he has also created conflict among the Opposition ranks as all the party leaders there see themselves as the 'next prime minister of India'. Congress President Rahul Gandhi, who pitted himself as the main challenger to PM Modi, was missing from Didi's dharna. In this scenario, showing support for Mamata was a conflict of interest for many political people.

Mamata, on the other hand, used the Saradha Scam to allege political vendetta by the Modi government before elections. On Sunday, when the officers of the CBI went to examine the Kolkata top cop, not only were they detained by local police, but even the offices and residences of CBI officers were reportedly surrounded by the cops. 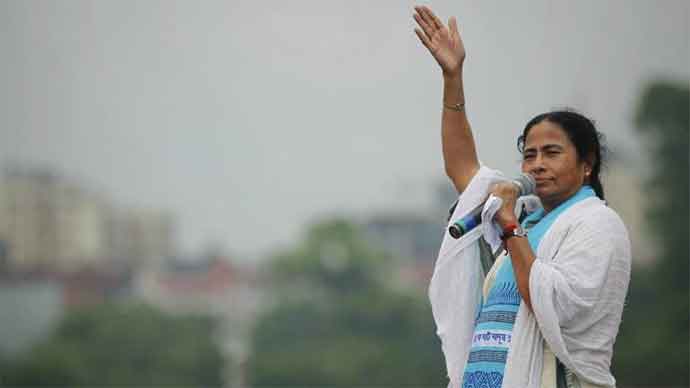 Who exactly is she with? The question is, why Mamata seems worried about an officer being examined over a scam? (Photo: PTI)

The matter went to the Supreme Court and with the direction to Rajeev Kumar to appear before the agency, the Modi government claimed victory. The court also asked for cooperation in the investigation with the CBI.

However, the bigger question remains — why is Mamata worried about an officer being examined by a Central agency in connection with a scam?

Especially when the message which could be perceived largely by the people is of her government shielding an IPS officer who is a 'potential suspect' facing charges of destroying crucial evidence in the case.

Sources within the CBI have told India Today that the agency suspects there are politicians involved in the scam and the Special Investigation Team, then headed by Rajeev Kumar, was allegedly aware of the fact. "We suspect that there was a 'political nexus' involved in it and the SIT probing the case came to know about the fact. This may be the reason why while handing over the evidence and documents to us, there was apparently some tampering with a few pieces and the rest are still missing," said a source who wished not to be named.

One of the suspects in the case, TMC leader Ahmed Hassan Imran, was grilled by the CBI over his alleged links with the chairman of Saradha's Sudipta Sen, but he was apparently never called for questioning by the SIT constituted by the Mamata government.

Another suspect who is alleged to be close to Mamata Banerjee, Suvaprasanna Bhattacharyya, according to sources, was never questioned by the SIT. He was one of the Directors of Devkripa Bepar Pvt Ltd. Suvaprassana had the license for Akhon Samay — a channel which never went on air and was later sold to Sudipta Sen.

However, he was grilled by the CBI in connection with the case. 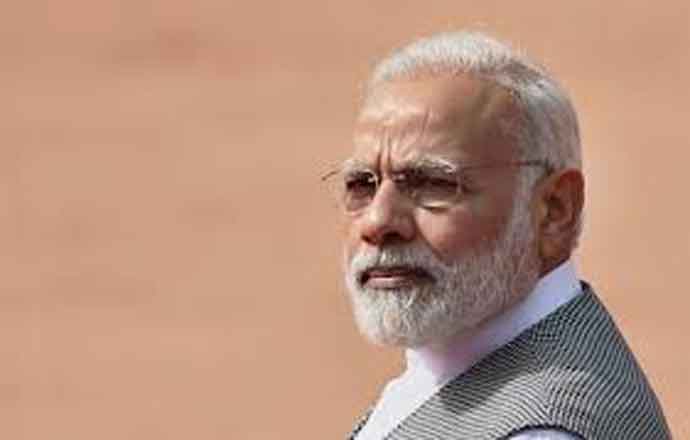 No tolerance for Opposition? Or corruption? Mamata Banerjee is alleging political vendetta by the Modi government before elections. (Photo: PTI)

Mukul Roy was arrested in 2013 by the SIT constituted by the Mamata government. The case was later transferred to the CBI in 2014 by the Supreme Court. Roy was questioned by the CBI in January 2015 for allegedly helping Sudipta Sen flee. Allegations are also being made about the CBI going soft on Roy after he joined the BJP.

But sources within the agency say that the case is still being investigated — till date, no one has been given a clean chit.

Assam BJP minister Himanta Biswa Sarma was also summoned by the CBI to join the investigation.

In a tweet, Sarma said, "The frivolous & baseless campaign by @MamataOfficial Didi against me is very painful. I am not fortunate enough like your Police Commissioner. I've joined the investigations and offered my full cooperation as a witness. And all this happened much before I joined @BJP4India."

Sources within the agency, however, have told India Today that during investigations, the CBI was apparently unable to find crucial evidence against Roy and Sarma yet.

The agency maintains that during their investigations, they came across facts which were apparently either manipulated by or hidden by the-then SIT. When the SIT handed over the documents and evidence to the CBI, while scrutinising these, they came across the fact that some of this had apparently been tampered with and a few articles (reportedly including pen drive, laptops and documents) seized by the SIT appeared to be missing.

This is why the CBI wants to examine SIT members as they suspect the hand of a political nexus and allege that the SIT worked under the influence of the state government.

#Mamata vs cbi, #Saradha Scam, #Narendra Modi, #Mamata Banerjee
The views and opinions expressed in this article are those of the authors and do not necessarily reflect the official policy or position of DailyO.in or the India Today Group. The writers are solely responsible for any claims arising out of the contents of this article.