The influential leader resigned from two important portfolios – housing and fire services department – apparently because of the party’s interference in his personal life.

It was a difficult choice: a hard one between his lady love Baishakhi and the party — he loved, he breathed (drew his oxygen from), ran errands for, fund-raised, and possibly thought of being with it till his last.

But ultimately, he chose to be a lover boy, the mushy sentimental fool, who wouldn’t give up his beloved for the party, the post he enjoyed, and his position. Sovon Chatterjee, the man in the headlines in Bengal’s politics, is perhaps the last of those Romeo-Juliet, Laila-Majnu breed of lovers who chose to renounce their family, fortune, fame, even faith (read: faith in his godmother Mamata) for their sweethearts.

In fact, the final trigger that made him resign from two important portfolios — housing and fire services department — was once again the party’s interference in his personal life and holding his lover responsible for the changes in him. He’s no longer the obedient page boy Puck, who would go on grinning, laughing at himself with the others, even while chief minister Mamata chose to dunk him in a swimming pool way back in 2011.

He was no longer the faithful 'Kanan', who neglected his mayoral job to give daily rounds to Writers’ Building (the state headquarters), spending hours admiring Didi, as she strutted about in the corridors of power in 2011, after assuming the office of the chief minister. 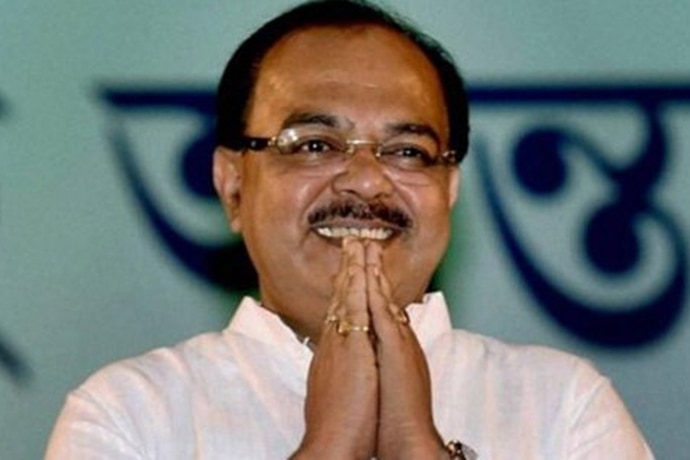 Sovon Chatterjee, the man in the headlines in Bengal’s politics, had for long been Mamata Banerjee's favourite. (Photo: Twitter)

Lovesick but otherwise wise, he was swooning for his lady love: how she had saved him from that perilous thought of taking his life in the depths of depression. Sovon was being discussed and debated more for his private life, and his alleged distance from his wife, rather than his activities as a minister or a mayor.

Chief minister and party supremo Mamata Banerjee tried to reason with him, giving him several opportunities to rectify and make amends. But lovestruck Sovon was headstrong. He wouldn’t let go of his love.

This tug-of-war, of choosing between his lady love and the party he loved, went on for over seven months till last week, Mamata Banerjee apparently gave him a dressing-down, accusing him of romping around with his lady love instead of attending to his duties and responsibilities as a minister.

His immediate fault, however, was trivial. He shared some statistics of his department — housing, on the floor of the Assembly, which the chief minister reportedly found misleading. That was a golden opportunity for Mamata to get records straight.

Sovon, whom the chief minister would lovingly call by his pet name 'Kanan', was summoned at the chief minister’s rooms and apparently admonished for not taking his job seriously. Obviously, his personal life, his regular absence from office, files getting stuck and consequently, the impact on the party and public life came up, apart from the warning that his wayward ways wouldn’t be tolerated for long.

Another round of chastisement at a government programme in the presence of bureaucrats and crony ministers, and worse, in full view of the public, Sovon lost his cool.

He left a resignation letter with the chief minister’s secretary, which he worded strongly and made sure to mention that it was a decision out of compulsion. Mamata Banerjee promptly accepted. This apart, she also announced that Sovon would be divested of his other big responsibility — that of the city’s mayor henceforth.

As all hell broke loose, and speculation ran wild as to what provoked the situation and why it had to be now, when the chief minister had been indulging him for so long, giving him time to redeem and rectify, Sovon sought the refuge of his beloved.

In his close circles, he reportedly confided that he couldn’t take it anymore — humiliation and insult within the party circle for being head over heels for someone. Perhaps this affair wouldn’t have deserved so much attention, it may have died a natural death, had it not been Sovon’s wife, Ratna, and her good relations with other party heavyweight leaders, who apparently had a vital role to play in driving a wedge between the mayor and the chief minister.

By projecting herself as a wife wronged, her husband ensnared by a femme-fatale, Ratna naturally was winning sympathy, support, consciously making Sovon a villain in public opinion. Moreover, with rumours doing the rounds that Sovon was likely to be implicated in the Narada bribery scam for having messed up horribly in his deposition before the central agencies, the party reportedly thought it appropriate to shake him off, first by stripping him of his ministerial berths, then from other responsibilities, before it was too late and the party’s name got involved in the scam casualty.

The person, who was loyalty personified, who would weather all of Didi’s whims and fancies with a cheek-to-chin grin, has now become a romantic idiot, which the party thought best to dispose of.

Post your comment
#TMC, #West Bengal, #Sovon chatterjee, #Mamata Banerjee
The views and opinions expressed in this article are those of the authors and do not necessarily reflect the official policy or position of DailyO.in or the India Today Group. The writers are solely responsible for any claims arising out of the contents of this article.