From Chits to Doctors' Prescriptions: Saving Bengal from Mamata Banerjee, a note at a time

Pressure had been building upon her for at least two years. The defection of Mukul Roy, once her trusted lieutenant, to the BJP in 2017 was a sign that, despite her landslide victory in the 2016 Assembly election (when she won 211 out of 295 seats), something was rotten at the core of the Trinamool Congress (TMC).

The Saradha and Rose Valley scams had damaged her reputation for probity. The finger of suspicion in the chit fund and Ponzi schemes pointed straight to the top leadership of the TMC. The act of selling her paintings for crores of rupees apparently to justify the party’s reportedly unaccounted cash was met with derision. And yet, much of the derision was cloaked by fear. TMC cadres had unleashed a wave of violence to silence political opponents and intimidate critics. Banerjee’s chosen successor, her 31-year-old nephew Abhishek Banerjee, who is the national president of Trinamool Youth Congress, said in a widely reported June 2015 speech in Basirhat, North 24 Parganas: "In the heart of Delhi, in Parliament and through various protests, Mamata Banerjee and the TMC have proved that if the interests of the people of Bengal are hurt, we will not leave the matter. As long as Mamata is there if anyone dares to glare at us, we will gouge their eyes out and throw them on the road, if they raise their hands, we'll cut their arms off."

West Bengal suffered 34 years of near-anarchy under the Left — but the CPM’s top leadership, from the urbane Jyoti Basu to the genteel Buddhadeb Bhattacharjee, commanded respect from both Bengal’s bhadralok and the rural poor.

There were other milestones in Mamata’s rise and fall. She at first seemed to be Bengal’s saviour from the depredations of Communist rule that had ruined the state’s economy. In her first few years, Banerjee made a few positive changes. She appointed Amit Mitra, the former FICCI general secretary, as finance minister. Mitra has rescued Bengal from the high debt legacy of the Left’s 34 years in power. 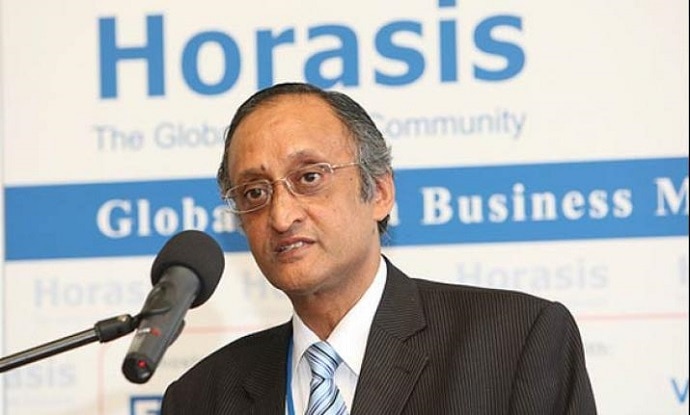 Winning 34 out of West Bengal’s 42 seats in the 2014 Lok Sabha election, defying a countrywide Modi wave, gave Mamata a false sense of invincibility though. The TMC’s 2016 assembly poll landslide victory convinced her that she was ready to play a national role.

Her wooing of Bengal’s 30% minority electorate intensified. She had already given monthly stipends to the state’s mullahs. Mamata now polarised Bengal’s electorate on a simple mathematical premise: if she locked in the 30% minority vote and got even one-fifth of the balance 70% Hindu vote, the TMC’s overall vote share would have a base of around 45%. In a four-cornered contest with the Left, Congress and the BJP, that would be enough to win by a landslide.

She did just that in the 2016 assembly poll.

Despite the Calcutta High Court verdicts overturning her restrictions on Durga Puja in favour of a parallel Muharram procession, Banerjee knew that coddling Muslims would guarantee her victory in future Assembly and Lok Sabha elections.

She was, of course, wrong.

Banerjee was in effect being hoist with her own petard.

An open letter addressed to Banerjee by 46 well-known Kolkata Muslims, following the late-night harassment of model Ushoshi Sengupta by a group of Muslims, asked her to end her policy of minority appeasement that has hurt, not helped, Muslims.

It was a stinging rebuke from a community Banerjee has cynically used for political gain — and whose support she has taken for granted.

There are events in the history of nations and their provinces that can be called turning points. In Bengal, the Singur and Nandigram land agitations over a decade ago marked the beginning of the end of deranged Left rule.

The recent week-long junior doctors’ strike could prove another such event. Till the strike, Banerjee, had succeeded in blaming the BJP, Left and others for the political violence that has torn Bengal apart over the past few years. But when young medical professionals turn against you and gather nationwide support, the “outsider” bogey that Banerjee has long used as a shield is no longer credible.

Will the doctors’ agitation, however short-lived, prove a turning point in the politics of West Bengal? Three ancillary events suggest it will.

First, the rise of the BJP as a potent political alternative could now accelerate. Bolstered by TMC defectors and a polity communalised ironically by Banerjee’s minoritism, the BJP is likely to pose a serious challenge to the TMC in the 2021 Assembly election.

Second, the doctors' strike has alienated Bengal’s urban class — perhaps permanently — from the TMC. With the state units of the Congress and the Left worn out, the BJP could emerge as the dominant urban political force in the state.

Third, the TMC cadre’s violence in rural Bengal has turned the poor, already reeling from the Saradha and Rose Valley chit fund scams, decisively against the TMC.

Banerjee knows she has overplayed her hand. But arrogance, bred over eight years as the virtual potentate of West Bengal, makes it difficult for her to change track.

The TMC’s perverse philosophy of intimidation and violence has alienated voters in both rural and urban Bengal.

In the 2021 Assembly election, they will have the opportunity to take a leaf out of the prescription junior doctors handed Mamata Banerjee — and administer a cure for Bengal’s trauma.

Post your comment
#Trinamool, #West Bengal, #Doctors Strike, #Amit Shah
The views and opinions expressed in this article are those of the authors and do not necessarily reflect the official policy or position of DailyO.in or the India Today Group. The writers are solely responsible for any claims arising out of the contents of this article.