Can Modi remove AFSPA in Manipur before 2017?

PM has not done much for people of the Northeast.

Prime Minister Narendra Modi would not be unhappy to see what has happened to Congress governments in Arunachal Pradesh, Uttarakhand and the present political events unfolding in Manipur’s Congress party.

What precisely I want to ask PM Modi is whether his government in New Delhi will accept and extend ILP (Inner Line Permit), passed unanimously by the state Assembly, in Manipur, and remove AFSPA (Armed Forces Special Powers Act) from the state before the next Assembly elections in 2017?

It was under the leadership of the UPA chairperson Sonia Gandhi and the then prime minister Manmohan Singh, along with the then chief minister of Manipur, Okram Ibobi Singh, that AFSPA was removed from the seven Assembly segments of Imphal valley of Manipur.

It was essentially the Indian National Congress, which heard the voices of the people of Manipur that had led to the removal of such act from some parts of the state. It was again the same Congress government which tabled the three bills [the Protection of Manipur Peoples Bill, 2015; the Manipur Land Revenue & Land Reforms (7th Amendment) Bill, 2015, and the Manipur Shops & Establishments (2nd Amendment) Bills, 2015] in Manipur Assembly. All these were passed unanimously by the Manipur Assembly, in entirety, with no dissent. 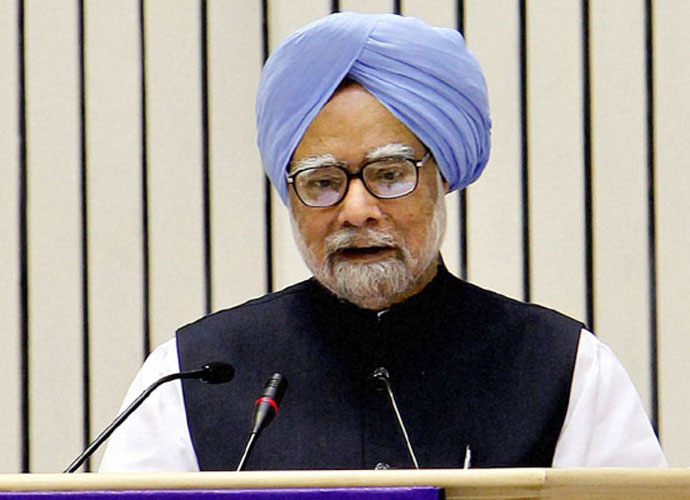 Under Manmohan Singh, AFSPA was removed from 7 Assembly segemts.

It was indeed the realisation of the public’s real demand of safeguarding Manipur and its indigenous people by the Congress government in Manipur.

Not only this, but it was Manmohan Singh who assured ST (Scheduled Tribe) status to Meiteis/Meeteis to the team from Manipur, led by then Lok Sabha member of Parliament Thokchom Meinya in prime minister's office. The Congress' dream of a developed Manipur with safety for the indigenous people is essentially the major reason that has made the three terms of Congress government led by Okram Ibobi Singh a grand possibility.

In fact, the number of Congress MLAs kept increasing in the three successive terms from 2002 to 2017. Ibobi Singh could, perhaps, become like the legendary Jyoti Basu of West Bengal. 2017 will decide it.

When Modi wave had impacted almost the entire country in 2014 Lok Sabha election, in Manipur, the entire two seats in Lok Sabha were voted for the Congress by the politically conscious voters of Manipur.

Manipur is the only state in the country where all three current MPs are from the same party – Congress.

Manipur is a unique state. Despite a large percentage of Hindu population, the idea of one nation, one religion, one food habit, one language, one faith has failed to attract the Hindu Vaishnavites of Manipur. In fact, the Hindus of Manipur, along with the people of other faiths and non-believers, have always been supportive of the ideas and ideals of secularism, inclusiveness and social development for all. 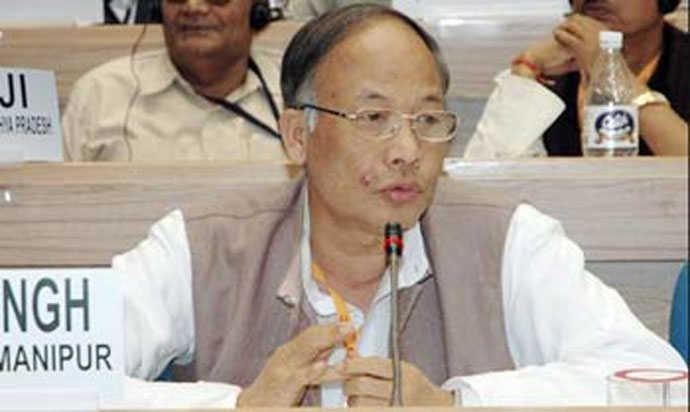 Chaitanya Mahaprabhu, said to be the re-incarnation of Lord Krishna, did not belong to any political party, and this philosophy is understood and practised by the Meitei Hindu Vaishnavites of Manipur.

Such harmony is the living testimony of the greatness of the state's culture. It has become a way of life for its people to practise religious tolerance, social inclusiveness, secularism, cultural acknowledgment, democratic debates, mutual respect and space for each other, love for peace and humanism. This is where the Congress has understood the state since 1949.

Thus, it is a naturally accepted party by the common people of Manipur. It is with this logic that there has been a Congress government continuously, without any break, in Manipur since 2002.

Can such beauty of harmonious mutual existence be allowed to come to an end by accepting the ideas which oppose ILP in Manipur, keep imposing AFSPA in Manipur and make a serious attempt to destroy the territorial integrity of Manipur by dividing its indigenous people? Will the common people of Manipur allow it to happen in 2017? The answer lies both in the maturity of the electorate of Manipur and the deep understanding of the Congress for the people of Manipur.

What has PM Modi done for Manipur so far? Why is he silent on AFSPA in Manipur? Why is he not welcoming the genuine wish of Irom Sharmila to meet him?

What has Modi done for the people of the Northeast India so far?

When the then BJP prime ministerial candidate Modi was expressing his sadness on the death of Arunachal Pradesh student Nido Taniam through his speech, Rahul Gandhi was with the people of the Northeast India demanding "Justice for Nido Taniam" at Jantar Mantar in New Delhi. At the time, Modi stated that the death of Nido Taniam in Delhi was a matter of national shame and asked the UPA–II and the Delhi government to shun their blame game on the issue and ensure justice for him. Why is Modi not acting to stop the illegal migration of foreigners from Bangladesh and Myanmar towards Northeast India, particularly Assam and Manipur?

The then BJP prime ministerial candidate Modi had criticised Manmohan Singh for failing to ensure the development of the Northeast region despite representing it for the last 23 years in the Rajya Sabha.

During Manmohan Singh's tenure, Bezbaruah Committee was constituted and its report was submitted when Modi became the prime minister.

The present question is, has Modi done anything to implement Bezbaruah Committee report in toto, to accept and extend three bills of Manipur passed unanimously by Manipur Assembly to safeguard and protect the indigenous people of Manipur. Has he done anything to protect and preserve the existing territorial integrity of all the Northeastern states of India from getting compromised and destroyed?

If Modi could criticise Manmohan Singh’s silence, why should not Modi’s inaction and silence on the above serious questions be posited by the conscious electorates of the Northeast India before Assam and Manipur state Assembly elections in 2016 and 2017 respectively?

Can PM Modi be willingly accepting to honour the dignity and truth of the common people of Manipur by answering to the aforementioned questions before he comes for an election campaign in Manipur for the 2017 state Assembly election?

Can he really salute the history and civilisation of Manipur before 2017?

#Congress, #Narendra Modi, #Northeast India, #Manipur
The views and opinions expressed in this article are those of the authors and do not necessarily reflect the official policy or position of DailyO.in or the India Today Group. The writers are solely responsible for any claims arising out of the contents of this article.