The Goa CM managed to win back the support of RSS cadre and create hopes for aspirants.

In 2016, Manohar Parrikar was touted as a “U-turn man” by his political opponents in Goa. He had become the subject of newspaper headlines not for his policies as defence minister but for his advocacy for releasing grants to English-medium schools, neglecting Konkani schools that are in a pathetic state. Then RSS Goa chief, Subhash Velingkar, whom Parrikar once considered his idol was at the forefront, opening a front against him. Ordinary RSS workers too felt Parrikar had cheated them under the influence of the Church that had helped him win the 2012 Assembly elections.

On August 28, when Parrikar won the Assembly by-election from his traditional seat of Panaji, Velingkar and his supporters were left red-faced. Their party, Goa Suraksha Manch (GSM) managed just 230 votes, which is not even one percent of the votes they had got in the Assembly polls. Interestingly, they performed better when Parrikar’s close aid Siddharth Kunkolienkar was pitted against them.

“Moral strength of my government has increased with this victory. Opponents tried to play divisive politics,” Parrikar said, reacting to his win. His target was the Congress but he wanted to send a message that the people of Panaji trust him in spite of his ill-aimed campaign.

1. Panaji has been an RSS stronghold. Its workers, who had floated a separate organisation protesting against the BJP’s stand on the medium of instruction in schools and Parrikar’s role in promoting English over Konkani, have returned to the RSS fold. Though the organisation did not issue any directive regarding voting to Parrikar, it is clear that its cadres have preferred Parrikar over the GSM. This mainly happened because the anti-RSS fold has taken control of the GSM. 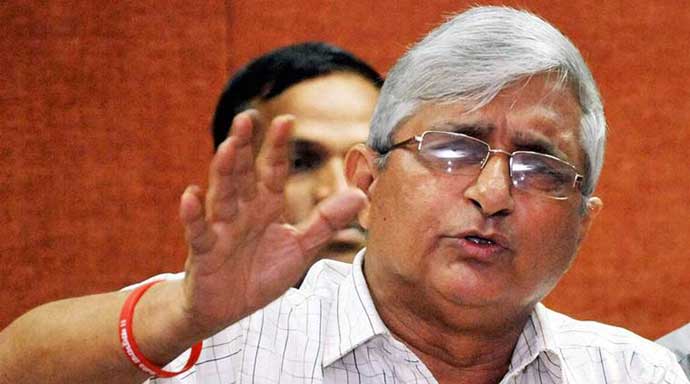 2. Parrikar is a changed man. He is not shy of employing dirty tactics to win an election. He has hit the Congress where it hurts. His gameplan to net his probable contender Antonio Monserrate into the NDA fold proved a right strategy. Had the Congress fielded Monserrate, who has a sizeable influence in Panaji, Parrikar would have faced a tough fight. He made Monserrate join Goa Forward Party, a ruling ally.

3. Health minister Vishwajeet Rane, who quit the Congress to join BJP immediately after the Assembly election, has won the by-election in Valpoi with a margin of 10,000 votes. An ambitious Rane will emerge as the second prominent leader of the BJP after Parrikar. Parrikar will pit him against another ambitious minister Vijai Sardesai, the leader of Goa Forward Party.

4. Parrikar and Rane's victory shows that BJP can win if a candidate's individual charisma works. The party had lost nine seats in March because of the individual anti-incumbency of several candidates.

5. Encouraged by Rane's superb performance, Parrikar might think of bringing some more influential Congressmen into BJP. The politically correct Goa CM has, however, denied any such move.

"We don't want more MLAs now from other parties. Present equation of my government is the best," he said. Considering the BJP's short numbers for majority, this option cannot be ruled out.

Ahead of Panaji by-polls, did Manohar Parrikar 'insult' Modiji?

Post your comment
#Goa, #Panaji by-polls, #Manohar Parrikar
The views and opinions expressed in this article are those of the authors and do not necessarily reflect the official policy or position of DailyO.in or the India Today Group. The writers are solely responsible for any claims arising out of the contents of this article.