Ahead of Panaji by-polls, did Manohar Parrikar 'insult' Modiji?

A controversial video on social media has put the Goa CM in a spot.

Earlier in the week, on August 16, a video went viral. It was hosted on the website www.primenews-goa.com and its contents were appalling - incumbent Goa CM, Manohar Parrikar was allegedly heard saying, “These elections (the Panaji by-poll) are important for me, but if I lose, I can always shift to Delhi as Defence Minister.”

Coming from a man with a clean and popular image, this was more than shocking.

By-polls are scheduled in Panaji and Valpoi constituencies, later in the month, on August 23.

Then things moved rather quickly - the news channel being quoted lodged a criminal complaint, stating that its name was being sullied. The CM dismissed it as fake news and slander. He said, “There is no such meeting, no such statement. What are they quoting and trying to make some sort of news out of?"

Parrikar termed it as a show of frustration and desperation of the opposition.

On August 17, BJP's general secretary of Panaji, Pundalik Rautdessai filed two complaints as the news spread - one with the Election Commission and another - a criminal complaint - with the Cyber Crime Cell of the Goa Police against unnamed accused for propagating fake news against chief minister Manohar Parrikar. 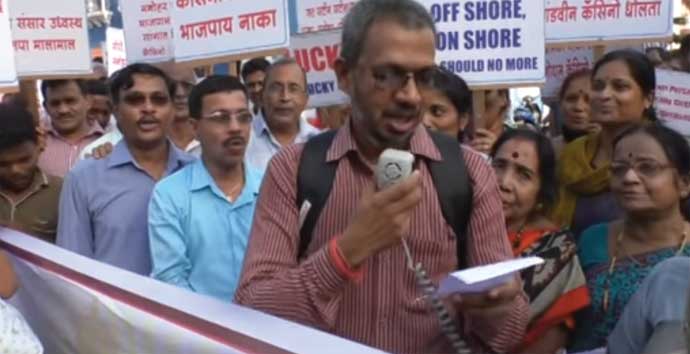 The complaint with the Election Commission termed the clips and the news circulating mainly on social media platforms "fake" and urged it to take action.

On Friday, Shiv Sena chief Uddhav Thackeray tore into Manohar Parrikar on the supposed audio via his editorial in Sena mouthpiece Saamana. In a rather strongly worded editorial, Thackeray slammed Parrikar for his statement and "prayed" for his loss in the upcoming bypolls. The Sena chief just stopped short of blaming Parrikar of the electoral performance of BJP in Goa and said that such a statement is an insult to Prime Minister Narendra Modi. However, he did not specify how the PM was insulted.

With the bypolls around the corner it seems that this controversy has not seen its last. Expect some fireworks in the coming days. With few concrete issues to target the incumbent CM and five-time Panaji legislator with, the opposition has chosen to be innovative — a spoof on Mumbai RJ Malishka's "Sonu Song", the "Mannu song" ironically penned by his relative, Sidhanath Buyao, asks - "Panaji, do you still trust bhai".

Then there is another set of lyrics penned by Chandan Narvekar and Sant Tuyekar that asks": "Monu where are the students' laptops?"

"Mannu we do not trust you" lends an unique flavour to the by-polls.

Post your comment
#Goa, #Panaji by-polls, #Manohar Parrikar
The views and opinions expressed in this article are those of the authors and do not necessarily reflect the official policy or position of DailyO.in or the India Today Group. The writers are solely responsible for any claims arising out of the contents of this article.