Not just Uttar Pradesh: Why Mayawati is driving a hard bargain with Akhilesh Yadav and Congress

The Bhim Army, however, could queer the pitch for the BSP.

In recent weeks, Bahujan Samaj Party chief Mayawati has made it abundantly clear that she will join the Opposition coalition only if given a respectable number of seats to contest from.

Mayawati staying away will be a major setback to the ‘mahagathbandhan’, and will bring the BJP much to cheer about. 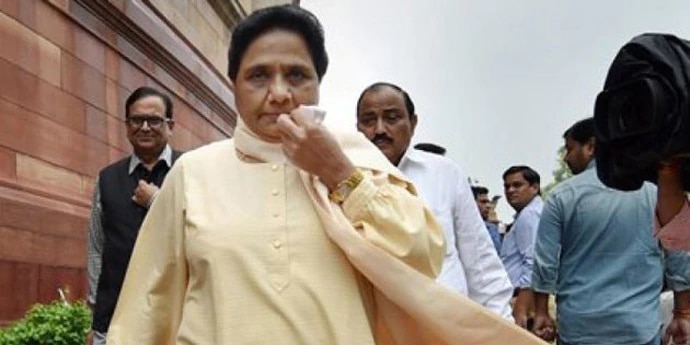 Without Mayawati, the Opposition alliance will not be in much of shape to give the BJP a serious fight. (Photo: PTI/file)

The prospect of major Opposition political parties forming a grand united front under the Congress has riled the BJP. This is apparent from the fact that of late, even Prime Minister Narendra Modi and BJP president Amit Shah have been taking potshots at the mahagathbandhan. While the PM has ridiculed the alliance over its leadership, ambiguity on important issues and over corruption, Shah has dismissed it as “an illusion and myth”.

Now, one cannot deny that the road to power in Delhi passes through Uttar Pradesh.

If the BSP, the SP and the Congress contest the 80 Lok Sabha seats in UP as allies, it could spell major trouble for the BJP in the 2019 Lok Sabha elections. A setback in UP can derail the saffron party’s dream of a second consecutive term at the Centre.

Let us not forget that Mayawati is a seasoned politician. Before entering any alliance, she will try to get the best possible deal for her party. If the BSP manages to do well on a significant number of seats, Mayawati believes she can even have a shot at the post of Prime Minister.

However, there are challenges in her path.

The emerging Dalit outfit, the Bhim Army, could cut into Mayawati’s vote-share.

Thus, she is trying hard to nip the popularity of the Bhim Army chief, Chandrashekhar Azad, in the bud, and has tried everything — from reportedly calling him a BJP agent to asking the Dalit community to be “cautious of such leaders”.

Chandrashekar was booked under the National Security Act (NSA) by the UP government last year, and spent 15 months in jail for his alleged role in the violence that broke out in Shabbirpur village in May 2017. 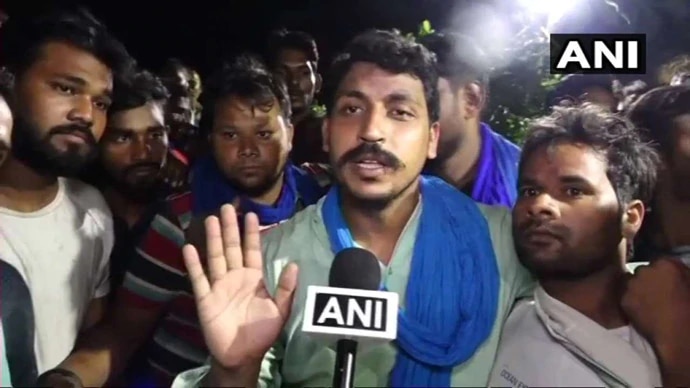 Bhim Army chief Chandrashekhar Azad can cut into what Mayawati has so far considered her exclusive voter base. (Photo: ANI)

After he came out of prison, Chandrashekhar was met by Imran Masood, the Congress heavyweight from west UP. The meeting is being seen as testimony to speculations of the Dalit leader being in touch with the top Congress leadership. This would be a matter of concern for the BSP leadership.

Support of the Bhim Army will give the Congress greater bargaining power against the BSP.

It’s no secret that Mayawati has so far been playing a hard negotiator with the Congress. The two parties are in seat-sharing talks for not just the 2019 Lok Sabha polls, but also the upcoming Assembly elections in Madhya Pradesh, Rajasthan and Chhattisgarh.

In all the three states, the BSP does have a pocket of influence, but it has fetched the party only a few seats in the last two decades. An alliance with the Congress here could benefit both parties, and also lay the foundation for a larger understanding between other non-BJP outfits in the Hindi heartland, including in the politically crucial UP and Bihar.

In Madhya Pradesh, the BSP has polled a steady vote-share of around 7% in the last five elections. Had the Congress and the BSP fought together in the 2013 polls, the contest would have been close, with the alliance bagging 102 seats. The BJP would have won 124, down by 41 from their tally of 165. The BSP’s ability to transfer its votes to an alliance partner has been proved in the past. 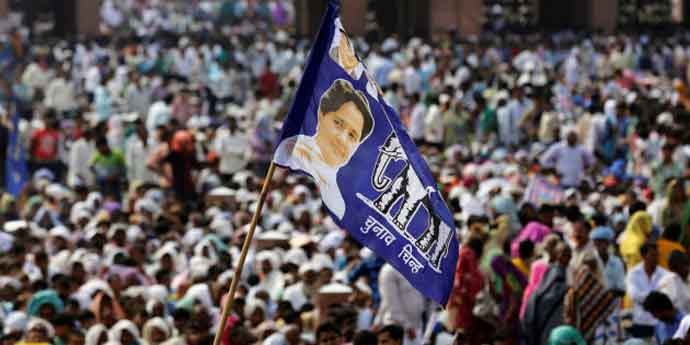 The BSP has pockets of influence in Madhya Pradesh, Rajasthan and Chhattisgarh, where crucial Assembly polls are due. (Photo: Reuters/file)

Similarly, in Chhattisgarh, the Congress is behind BJP by around 0.7 per cent votes, a gap the party feels is not impossible to close. In the quest, its best bet would be a tie-up with the BSP. As per the Congress’ internal calculations and data analysis, the BSP is a game-changer in 24 of the 90 Assembly seats in the state.

Clearly, Mayawati understands her worth, and her recent statements are because she knows that the SP and the Congress need her much more than she needs them.

However, if the talks between the parties work out and the BSP does join the mahagathbandhan, the alliance can give a formidable fight to the BJP.

The 2019 Lok Sabha elections will become a much more interesting contest in that scenario.

Post your comment
#Dalit votes, #BJP, #2019 Lok Sabha polls, #Chandrashekhar
The views and opinions expressed in this article are those of the authors and do not necessarily reflect the official policy or position of DailyO.in or the India Today Group. The writers are solely responsible for any claims arising out of the contents of this article.