The hostilities among the Arab states and the Iran factor have emboldened Israel to pursue an ever ruthless policy vis-a-vis the Palestinians.

No region in recent times has acquired as much speculation and engrossment as the Middle East (technically it includes Afghanistan, West Asia and Egypt).

However, my viewpoint hovers around West Asia, which is the world's principal energy hub and holds almost 60 per cent of the planet's known oil and gas reserves. Since the Iranian Revolution of 1979, the region has invited pharaonic attention as events which unfolded after it continue to have a spell on the region, in Islamic world and on Muslim psyche. 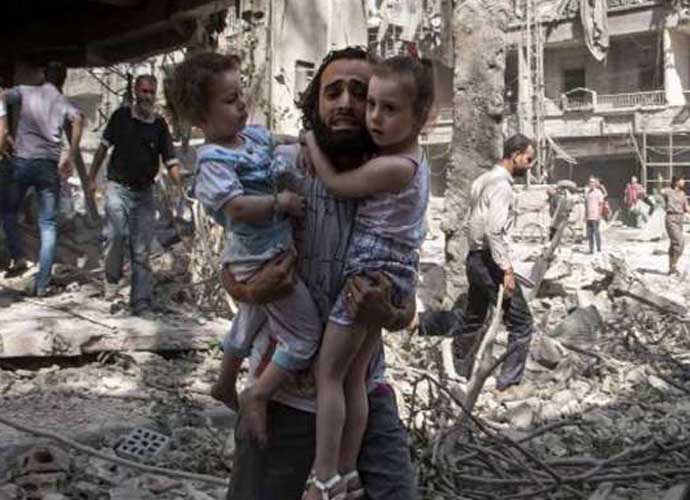 The US' invasion of Iraq in 2003 on a spurious assumption that the then leader Saddam Hussein possessed Weapons of Mass Destruction (WMD) stifled the nation like never before. The attack came at a time when the country was still recovering from the inhumane sanctions imposed on it by Uncle Sam in the aftermath of the First Gulf War (1990-91) and threw the country into a quagmire with sectarian conflict tearing the country apart.

Many more people died in Iraq following the invasion than due to any other factor ever before. Since the sectarian conflict in Iraq primarily involved Shias and Sunnis, it invited interference from regional heavyweights - Sunni Saudi Arabia and Shia Iran.

Significantly, the American invasion helped Iran (a country which US considers to be a perpetual threat to peace and stability in West Asia) gain a foothold in strife-torn Iraq because of Shia brotherhood and carred its influence to adjoining Syria where again the ruling disposition is Alawite or Nusayri, a minority Shia sub-sect considered heretic by mainstream Muslims — Sunni and Shia alike.

Iran has horned itself strong in the ongoing Yemeni civil war where it is charged with providing financial and logistical support to the Shia Houthi rebels. The Houthi or Zaidiya'a are again a Shia sub-sect, which incidentally has beliefs more in conformity with the Sunnis than the mainstream Ith'na Ashari or the Twelver Shia.

That the Persian or Iranian influence gaining credence in large swathes of the Arabic speaking region naturally invited the displeasure of region's economic powerhouse - Saudi Arabia, which shares a bitter and hostile relationship with the Ayatollah-dominated Iran since the revolution of 1979.

While some overtures in cooling off the tensions were made during the reign of King Abdullah (2005-15) and President Mahmoud Ahmadinejad, none of them materialised and the distrust now is greater than ever. Some years back, eloquent Saudi foreign minister Adel al-Jubeir accused Iran of adopting dubious ways to gain access to the Arab world's internal matters and also said that Iran's constitutional charter calls for exporting its "Islamic Revolution" outside also. It must also be noted that the Arabs and Persians have a disdain for each other since the pre-Islamic era.

The fillip to the successful Arab occupation of Persia was provided in the Battle of Qadisiyah (636AD) led by Sa'ad Ibn Abi Waqqas, a companion of Prophet Muhammad, and the final subjugation of the mighty Sassanid Persian empire undertaken by the second Caliph Umar Ibn Al Khattab in 642 AD.

But the Persians never accepted Arab customs and way of life and their language though they did adopt the Arabic script with some modifications of their own. To this day the Iranians take excessive pride in their culture and history and have retained many customs and traditions from the Sassanid Empire making them a part of the Shia faith.

Shias exercise a disproportionate influence in Lebanon (through armed militia Hezbollah) and Syria where Alawite Bashar al-Assad is back in business. They are also locked in a bitter struggle with Saudi Arabia-backed forces in Yemen. The Sunni Arab states are divided with Saudi Arabia, UAE and Bahrain forming an axis against Qatar while Kuwait, Jordan and Turkey shielding it.

Oman where the little known Ibadhi sect of Islam predominates has remained sympathetic to Qatar and shares a "more than normal" relationship with Iran much to the chagrin of Saudi Arabia. Yet, the latter overlooks it because Oman is also a member of the Saudi-led alliance against terrorism, which excludes Iran and is willing to play a mediator in Yemen with which it shares the border. Omani monarch, Sultan Qaboos Bin Said, remains the longest serving leader in the Arab and Muslim world. Against this backdrop, Saudi Arabia lobbied hard to make ensure it becomes the first country US President Donald Trump visits after taking office and inking a $150-billion arms deal ostensibly to contain the growing Iranian influence.

Under the new de facto ruler Prince Mohammed Bin Salman, or MBS, the kingdom has pursued a more aggressive proactive policy to keep Saudi influence paramount and there are reports of him cosying up to Israel - the Arab world's arch nemesis to cut Iran to size. The recent abjuration of the nuclear deal with Iran by the Trump administration is the first step in this direction.

A military solution or attack on Iran, however, seems a distant possibility with Trump having made it clear that US would not undertake any military involvement in West Asia lest it puts a drain on American economy.

Apart from this, barring Saudi Arabia and the UAE, all other Arab states and Turkey favour a dialogue with Iran. With Iraq now out of the picture and reconciliatory talks with North Korea looking a possibility in the much anticipated Kim-Trump meet, the US is free to check the last remnant of its so called "Axis of Evil" — Iran.

Weariness is visible also on the Saudi economy because of its involvement in the Syrian and Yemeni conflicts and has rendered the Gulf Cooperation Council or the GCC — the organisation of six oil rich Arab Gulf states - redundant as of now by threatening Qatar, which is the richest state in the region and is endearing itself strongly to the Muslim world through its television news network — Al Jazeera and has long supported the Ikhwan or the Muslim Brotherhood in Egypt, whose popularly elected leader Mohammed Morsi was ousted in a Saudi engineered military coup.

The hostilities among the Arab states and the Iran factor have emboldened Israel to pursue an ever ruthless policy vis-a-vis the Palestinians. The situation has been worsened by Trump's decision to relocate US embassy to Jerusalem.

The Saudi Arabian establishment as of today has totally abandoned the Palestinian cause, a complete U-turn since the days of King Faisal. Added to this is the bickering inside the royal family due to the intimidating actions of Mohammed Bin Salman, which is threatening to implode the House of Saud.

In fact, Mohammed Bin Salman, Shaikh Mohammed Bin Zayed, emir of Abu Dhabi, and Shaikh Tamim Bin Khalifa Al Thani, the emir of Qatar are over ambitious and eager to expand their footprint in the region.

Not surprisingly, Sheikh Sabah of Kuwait and Sultan Qaboos of Oman, the surviving old guard in the GCC, have distanced themselves from the internal bickering, calling for restraint.

As of now, the US influence is dwindling in the region in relation to managing the affairs to its advantage so Trump is cosying (more than any other US President in recent times) up to Israel while new players like Russia are increasingly showing assertiveness. This assertiveness has forced a thinking in sheikhdom to do business with them.

After all, Mohammad Bin Zayed recently took a two-day visit to Moscow while Qatar is in talks to buy the advance S-400 aircraft from Russia much to Saudi Arabia's displeasure. And you already have Trump's obsession with Iran. All this is only going to complicate and make matters more perilous in an already volatile region.

Also read: Kaala is my father’s story. Why we slapped a Rs 100-crore notice on Rajinikanth

#Iraq War, #Donald Trump, #West Asia, #Middle east conflict
The views and opinions expressed in this article are those of the authors and do not necessarily reflect the official policy or position of DailyO.in or the India Today Group. The writers are solely responsible for any claims arising out of the contents of this article.

The author is an assistant professor and HoD History, Poona College of Arts Science and Commerce.