Mizoram Elections – A defining moment, and a new challenge, in electoral history

Mizoram goes to the polls today. It has been a model state for peaceful, orderly and inexpensive elections. But will its displaced Bru tribals get their right to vote?

Mizoram that goes to poll today has been a model state for peaceful, orderly and inexpensive elections for years.

The state has a majority Christian population (87 per cent, according to the 2011 Census) and the Mizoram Presbyterian Church (MPC) plays a remarkable role in ensuring that the festival of democracy is not defined by violence or unethical conduct. The Church works in harmony with the EC to ensure that elections are free, fair, transparent and peaceful. The Church in Mizoram has always been an ally of the Election Commission in ensuring peace. (Photo: Mizo Presbyterian Church)

In 2006, the Church signed a MoU with political parties through the Mizoram People’s Forum, the Church-sponsored watchdog formed after the violence of the 2004 General Elections. It issued a list of do’s and don’ts for both voters and candidates, which includes ensuring harmony and honesty in both campaigning and casting the ballot. There are curbs on indiscriminate spending, tall promises through manifestos, cheap rhetoric, noisy public meetings and rallies during elections.

Questions are sometimes raised regarding a religious organisation's role in the electoral process in a secular democracy. But so long as this role is confined to enforcing a peaceful and civilised election without corrupt practices and any abuses of money power, no one can find fault with this.

Due to the efforts of the EC, the Church and civil society, the voter turnout in 2013 was a historic 81.19 per cent. 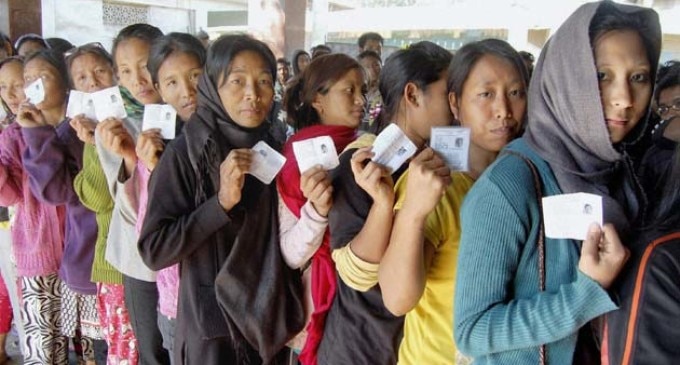 The most striking feature is that money power in elections has been brought down miraculously to negligible levels. It is not without reason that the richest candidate fighting for the November 2018 elections, with declared assets of over 50 crores, prefers door-to-door “clean” campaigning on foot.I recall an interesting speech of the late Speaker PA Sangma at a conference where he recounted how, in the 1980s, he was deputed by the Congress party to the states of Mizoram and Nagaland to disburse money to the party candidates for election expenses. Each candidate was to be given a sum of Rs 50,000.

I have been advocating the great Mizoram model of low-cost and peaceful elections ever since I saw its working for myself during my tenure. There were no model code violations whatsoever.

The recent developments are, however, painful to see.The issue involved in the Mizoram Assembly Elections on November 28 is that of the voting rights of the Bru community (known as Reangs in Tripura and Assam) residing in the relief camps in North Tripura. There is resistance to the voting rights of the Brus of Mizoram. (Photo: Reuters)

The firm stand taken by the EC, for which it had to move out the Home Secretary of Mizoram as he was obstructing in the electoral roll enrolment process for Brus in Tripura Transit Camps, resulted in unprecedented protests at Aizawl by Mizo NGOs.

However, EC stood firm on its motto of "No voter to be left behind" and sent two teams of officers to Mizoram to persuade the protesting NGOs. Finally, an understanding was reached that Brus will vote at the Special Polling Stations at the border and the EC will remove the CEO to honour the sentiments of the Mizos, though the EC fully stands by all of hisactions. 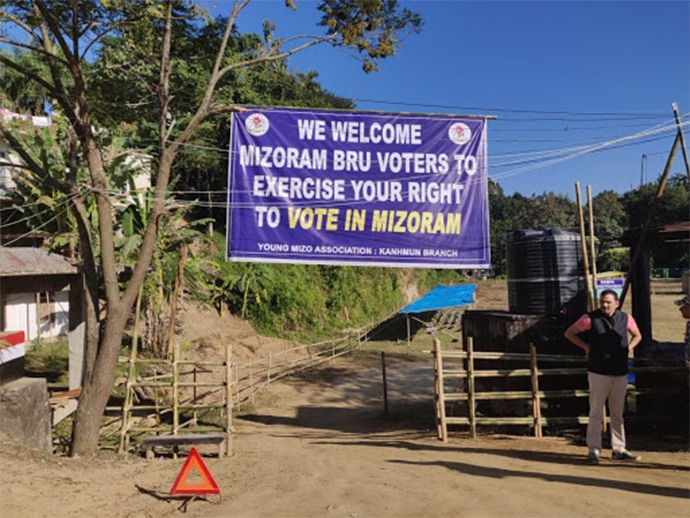 The Bru tribe took to arms demanding an autonomous tribal district within Mizoram, like that of the Chakmas in Assam which was formed in 1972. Since 1997, tens of thousands of Brus have been living there as refugees.

However, the number has declined (from 50,000 plus to 28,686 as of 2017) as there has been voluntary repatriation to Mizoram, extremely low birth rates and high death rates. Out of the 40 assembly constituencies, Brus are a majority in two (50 per cent in Mamit, 68 per cent in Hachhek, 27 per cent in Thorang).

The Young Mizo Association and the Mizo Students’ Association in 1995 demanded that the Bru community be purged from the electoral rolls because they were apparently not native to Mizoram. Violence broke out in 1997 after several of their houses were torched following the killing of a Mizo forest official. In 2009, another wave of the exodus was triggered when Bru militants killed a Mizo teenager.

There have been waves of repatriation since 2010 – but they have been stalled due to protests by Mizo groups. The latest round of talks resulted in the signing of a repatriation agreement between the Government of India, Tripura, Mizoram and the Bru Displaced People’s Forum in July, 2018.

Mizo civil society organisations have been opposing the decision of the Election Commission to conduct a revision of electoral rolls of those voters in the relief camps bordering Tripura. They also urged the EC to take away the voting rights of all the Bru voters who were staying in Tripura and did not return to the territory of Mizoram.

There is a pressing security concern for the community if they are forced to return to their state to exercise their constitutional right to franchise.

In 2017, the Bru Displaced People’s Forum filed a petition in the Supreme Court, stating that it feared the Centre and the Tripura government were trying to “force the Brus back to Mizoram without either proper security or proper rehabilitation”. The Apex Court called for a status quo on the matter, saying that only those who wish to be relocated should be sent back to Mizoram.

The Brus should not be disenfranchised just because they were forced to flee their land in the background of ethnic violence two decades ago.

The setting up of polling booths for them in Tripura would have been unprecedented as the same facilities have been extended to Kashmiri Pandits as well, a persecuted group which fled ethnic violence in the Kashmir Valley 28 years ago. Consistent with their right to vote, arrangements are made for voting in Delhi, Udhampur and Jammu where they have been voting ever since. 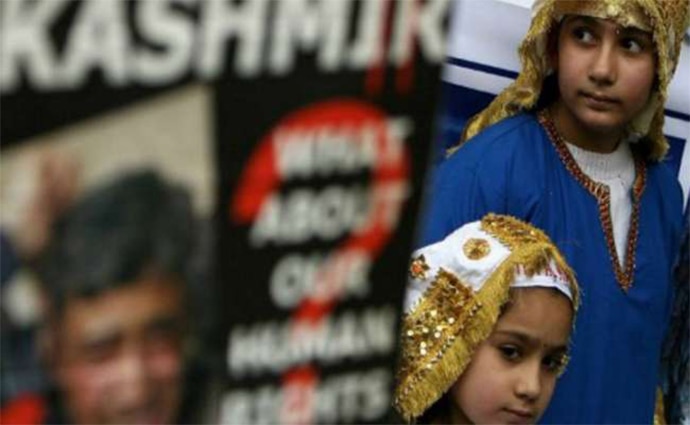 Like the Brus, the displaced Kashmiri Pandits have also been given arrangements to vote outside their home state. (Photo: PTI)

The recent clashes between civil society, the election machinery and people forced to flee their homes are extremely unfortunate. This is especially sad for a state which has been a model for the conduct of free, fair and peaceful polls, with the contribution of all sections of society.

According to the latest developments, 15 special Polling stations have been set up at Kanhmun in Mamit District in Mizoram on Tripura border. Around 600 vehicles have been arranged for around  12000 voters living in Transit Camps. Due to the swift efforts of the EC, the YMA at Kanhmun has now come forward to welcome the Brus coming to vote and even offered to serve them refreshments.My earnest hope is that the legendary model of peaceful and low-cost elections that Mizoram has been all these years will endure – and provide inspiration to the rest of the country.

#Mizoram assembly elections, #Assembly elections 2018, #Election Commission of India, #Polls
The views and opinions expressed in this article are those of the authors and do not necessarily reflect the official policy or position of DailyO.in or the India Today Group. The writers are solely responsible for any claims arising out of the contents of this article.