Is the sheen finally wearing off?

Narendra Modi managed to script history in the last Lok Sabha elections with an unprecedented majority thanks to a perfectly crafted media campaign. A campaign that didn't just highlight the impotence of the Opposition, but also carved out a larger-than-life image of him as a national icon.

His performance record from Gujarat was altered in such a fashion that a poor show in the fields of health, education, rural development and upliftment of minorities were brushed under the carpet - and urban and industrial growth were highlighted as major achievements, regardless of the cost at which they came.

Even as the PM crosses the halfway mark of his five-year term, he has failed to make the transition from "Rockstar PM" to a credible leader who inspires trust.

His flip-flops on Pakistan, grand policy announcements whose success depends on voluntary public participation, frequent stand-offs with historical institutions of repute and finally his unwillingness to speak in Parliament underline that he is still struggling to come to terms with the responsibility that has been placed on his famously broad shoulders.

Modi's need to stay in the limelight and the desire to be photographed with world leaders exposes an unrequited lust for popularity and approval - given that he is one of the most divisive prime ministers India has ever seen. 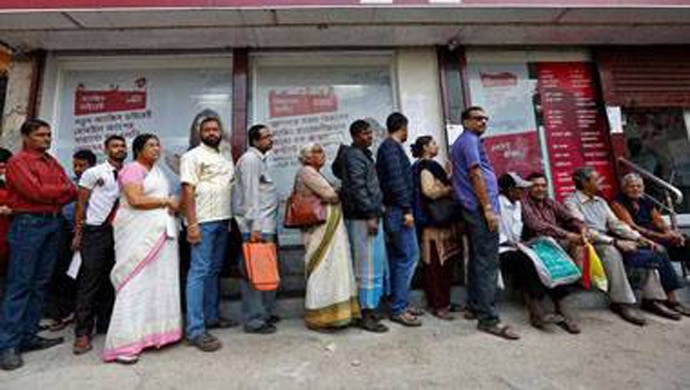 Even as the PM crosses the halfway mark of his five-year term, he has failed to make the transition from 'Rockstar PM' to a credible leader who inspires trust. Credit: Reuters

His unwillingness to show up in Parliament where all the "mundane PMs" have spoken and his subsequent decision to address "jan sabhas" instead, highlight the fact that he is comfortable making speeches, but not ready to answer tough questions.

The demonetisation drive that the prime minister announced in his surprise address to the nation on November 8 is an example of him wanting to front every initiative of his government. It was immediately hailed as a "surgical strike" on black money by the saffron brigade.

More than a month later, as people continue to scramble for cash and trunk-loads of new currency notes are recovered from hawala dealers in I-T raids, the cheers are finally dying down. In an attempt to keep the mood upbeat, the "rockstar" addressed a rally in Gujarat and applauded those who were standing in queues.

He told them they were "standing for the nation", like there is nothing better that one can do to help in nation building. The PM clearly has got used to people believing everything he dishes out, but is the sheen finally wearing off?

The Modi government has announced several schemes till date like the "Clean India Campaign", "Beti Bachao, Beti Padhao", "Make in India", "Startup India", "LPG Subsidy Pahal Scheme" and "Jan Dhan Yojana", but they were all feel-good initiatives that had little impact on people's day-to-day lives.

Demonetisation is the first big policy decision that this government has taken and it hasn't just exposed the government's lack of a clear objective, but also spilled the beans on its inability to plan ahead and implement a tough decision.

Was there actually need to create an emergency situation where more than Rs 17 lakh crore worth of currency was demonetised to tackle Rs 400 crore worth of fake currency or to tackle "the terror economy" pegged between Rs 400-800 crore?

Does it make sense to discontinue 80 per cent currency to encourage digitisation and can the government explain how new currency notes worth crores are being leaked as common citizen queue up day-after-day to withdraw one Rs 2,000 note?

Will the "rockstar" answer these questions or will he conveniently label those asking questions as "anti-nationals" who have no desire to contribute towards "nation building"?

#Black Money, #Demonetisation
The views and opinions expressed in this article are those of the authors and do not necessarily reflect the official policy or position of DailyO.in or the India Today Group. The writers are solely responsible for any claims arising out of the contents of this article.