Gone are the somnolent days of Dr Manmohan Singh.

Despite all the “for and against” rhetoric that clouds any assessment of Prime Minister Narendra Modi's performance during the last three years, none can deny that his singular achievement is in making all of us relook at the way we run the country.

Gone are the somnolent days of Dr Manmohan Singh, when everyday had a predictable monotony of the days gone by.

Not with Modi. He makes news, when he does, or does not do or say anything or nothing.

After Indira Gandhi, perhaps only Modi can lay claim as a leader with nationwide appeal.

The charismatic leader, who is trying to rework the "accepted way of doing things" in government, in the nation that had accepted corruption, family rule and cronyism as necessary evils.

Strength: Even Rahul Gandhi, not known for his perceptive comments, can spot Modi's communication skills as his biggest asset. Modi is simple, clear, direct and structured; probably, his talks are also well rehearsed, if the occasion demands it.

The acronyms and catchy slogans he uses are a copy writers’ delight. They make his messages easy to remember, suited for social media format. No wonder, he clocks over 3 million followers on Twitter. The unique feature of Modi’s communication is his ability to convey complex issues in simple terms.

Weakness: The media is yet to forgive Modi for bypassing them and directly communicating with the audience. Probably this is Modi’s way of expressing disgust with the media that had been hounding him for years.

Media focus on Modi is more on the negatives than positives, though there is some grudging acceptance of Modi, thanks to TRP rating and ABC data compulsions.

The media, which stoically accepted Manmohan Singh’s “loud” silence even on shocking corruption issues of his cabinet members, expects Modi to comment on every news headline. And Modi refuses to oblige.

Media analysts, particularly from the Lutyens’ English media, traditionally cultivated and pampered by New Delhi, are invariably slanted against Modi, because he does not think like them.

Strength: Modi has shown a remarkable ability to articulate a national vision. It is in sharp contrast to the clutch of cliches that were used as guiding light by earlier rulers.

This makes it easy for most people to identify themselves with the vision, than a vague concept like secularism.

The vision leverages harnessing youth power and India's strength in information technology to improve quality of life. Its focus on issues affecting day to day life, which are easily understood by the common man.

As the process of weeding out bad eggs is a time-consuming one, Modi has become over-dependent upon a few efficient ministers and bureaucrats, who are overloaded with work.

Strength: Modi's greatest asset is perhaps his extraordinary stamina to put in long hours of work. This enables him to think and act ahead of his detractors. This has inspired many others working with him to emulate him and strive to deliver timely results

Weakness: As the PM's support staff is also putting in long hours of work, the chances of systemic breakdown is high due to increased stress. It also increases the chances of hasty decision making with adverse after effects. It has heightened public expectations about the PM's ability to resolve all issues here and now, which increase his workload.

Strength: The three skills listed above make Modi a naturally assertive leader, clear about what he wants to achieve.

He has an eye for picking his team with people who can be trusted to turn his ideas into action. This has enabled him to turn the BJP from being a copycat of the Congress, into a dynamic engine of change of his own design.

Weakness​: Modi's confidence in his own skills as a leader and troubleshooter has probably prevented him from taking small but timely taking actions to assuage discontent.

The handling of the One Rank One Pension agitation by military pensioners is a very good example of this weakness. Had he met the representatives of pensioners in the early stages as they desired, their agitation would not have become a national embarrassment.

The casual attitude to lynching of suspected cattle traffickers by BJP’s “fellow travelling” vigilante groups is yet another example of his overconfidence in “managing” crises, rather than taking preventive action  to avert them. 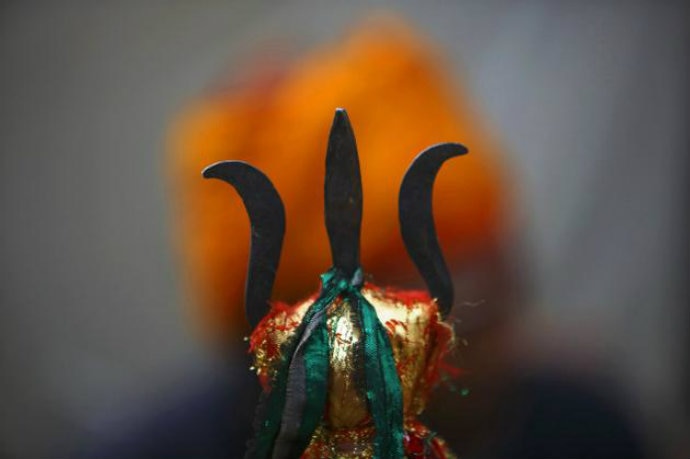 Strength: His unflinching commitment to Hindutva ideology has given courage to many Hindus to think of national interest beyond the narrow confines of castes and sects, imparting new energy, particularly among youth.

His assurance of fair play for the Muslim minority and proactive initiatives like the abolition of triple talaq have bought him time and space among the minorities to prove himself as a leader for all Indians.

Apart from law and order issues related to such activism, it has become the soft underbelly of the Modi government, which has not been able to curb such activism effectively.

As a result, jihadi extremism has been given a lease of life in trying to find fertile ground among the Muslim population. This is the flipside of the ideological commitment of the PM, translated into action at the street level by some of his ideological cohorts.

For a leader who has shown great ability to understand even complex foreign relations issues, the PM has shown a surprising lack of understanding of the effect of ignoring some key issues.

National security continues to be a grey area, with an overworked finance minister doubling as part time manager of defence affairs for most part of three years.

This could snowball into a major problem for the PM in the coming months as the national security environment is heating up rapidly.

Instances like the crisis in appointments to the higher judiciary, the ill-considered notification banning cattle trade, trampling upon Centre-state relations (despite Modi being a staunch supporter of states' powers), and continued sidelining of armed forces chiefs in national security policymaking are some more examples of the PM’s grey areas.

Modi is perhaps the most critically analysed leader the country has ever produced.

Despite this, the man still considered an outsider, if not a usurper, by the New Delhi chatterati, has continued to top national popularity charts. This speaks for the strength of his personality and leadership skills.

Considering that there is no worthwhile challenger in the horizon, it looks as though Modi is poised to lead the nation for some time to come.

However, he needs to attend to the grey areas clouding his performance, lest the opposition baying for his blood gains elbow strength to pull the rug from under his feet.

Also read: India has become a subject of ridicule internationally, thanks to Modi and BJP

#Sabka Saath Sabka Vikas, #Narendra Modi
The views and opinions expressed in this article are those of the authors and do not necessarily reflect the official policy or position of DailyO.in or the India Today Group. The writers are solely responsible for any claims arising out of the contents of this article.