Everybody loves to compare Modi with Trump

It remains to be seen what kind of treatment the Indian prime minister gets from the US president during their June 26 meet.

Leaders of the world's most powerful democracy and the biggest democracy will be holding their first-ever bilateral summit on June 26, and most major nations, particularly China and Russia, would be keenly watching the Donald Trump-Narendra Modi meeting in Washington.

Undoubtedly, a vast array of topics will be on the agenda for the US president and the Indian prime minister, who are as similar and yet as dissimilar as chalk and cheese.

Let’s focus on these similarities and differences between Trump and Modi for now.

First of all, both men contested election for the top post of their respective country for the first time and emerged victorious – Modi in May 2014 and Trump in November 2016. 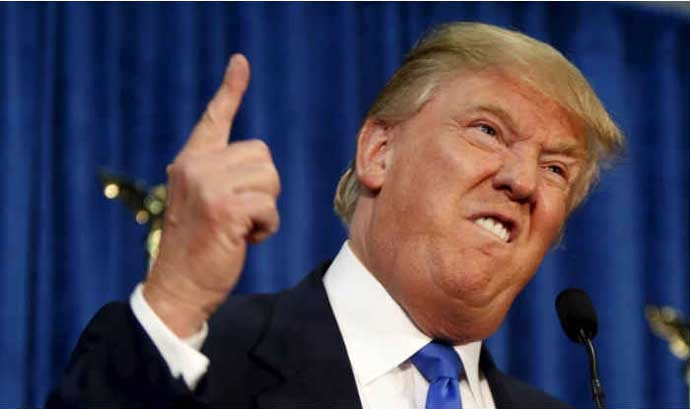 During their election campaign, both Modi and Trump made outrageous remarks related to foreign policy.

Both men underwent an internecine struggle within their respective parties to win nomination for running for the top post and after getting it both ran their election campaigns in a fire and brimstone manner, taking pot shots at their political rivals several times a day for months and months, caring two hoots for the gutter-level politics they resorted to in their bid to set and dictate the poll agenda by their aggressive, divisive and polarising speeches.

The more they sought to politically denude their rivals, the more the rivals gave back in equal measure and the more they reveled and chuckled in their agenda-setting speeches as the opposition continued to lose steam.

The Indian Opposition eventually choked and crumbled in an unprecedented manner, not unlike the South African cricket team, always very promising but eventual chokers in tough situations. Trump started as an underdog to his arch-rival Hillary Clinton, but snatched lead over her during the final stages and finally notched up an improbable win.

During their election campaign, both Modi and Trump made outrageous foreign policy related remarks, more for catering to their respective domestic constituencies rather than for unveiling their foreign policy. Modi hauled Pakistan and China over coals and won thunderous applause whenever he made such remarks at election rallies. His primary objective was to project to the electorate how the Manmohan Singh government had been an abysmal failure in dealing with the only two neighbours, both nuclear armed, India has fought wars with. But when he stormed into power, he practiced the opposite of what he preached.

On China, Modi the PM candidate, had lampooned the then prime minister Manmohan Singh for his alleged spineless policies and said India should show “red eyes” to the dragon. But Modi the PM did the opposite and indulged in “jhula” (swing) diplomacy with Chinese President Xi Jinping in his home state even as the Chinese Army made a 16-km-deep incursion in Ladakh (Jammu and Kashmir) which continued for days after Xi's departure.

On Pakistan, Modi the PM candidate had said India needed a leader with a 56-inch chest to teach Pakistan a lesson. But Modi the PM sang a completely different tune and invited his Pakistani counterpart Nawaz Sharif for his swearing-in on May 26, 2014, and the two prime minister had a brief honeymoon of saree and shawl diplomacy which ended as abruptly as it had started when the Modi government unilaterally cancelled the foreign secretary-level talks which had been scheduled to take place in Islamabad on August 25, 2014. 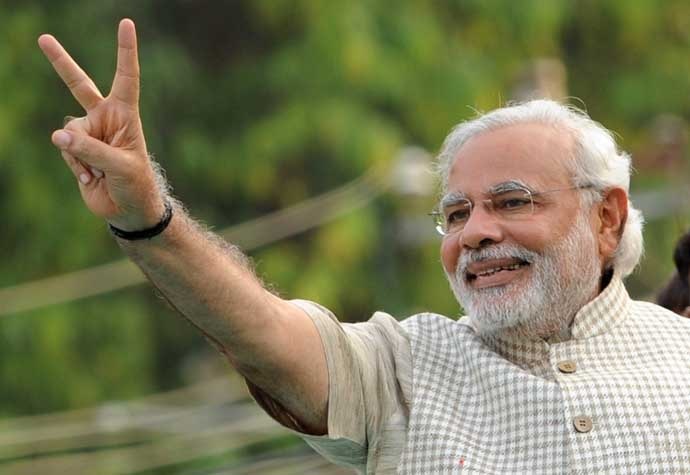 Modi has consciously and deliberately cultivated ties with the US ignoring concerns from traditional friends like Russia and formidable rivals like China.

Sixteen months later, PM Modi stunned all by going to Lahore unannounced on December 25, 2015, to wish Nawaz Sharif on his birthday. A week later Pathankot terror attack happened, followed by many more such daring terror strikes on Indian armed forces in quick succession which triggered unprecedented tensions all along the Line of Control. Since then India-Pakistan bilateral relations have touched their nadir and no breakthrough is in sight.

Trump too made highly cantankerous remarks against China during his election campaign and accused China of deliberately manipulating its currency and hijacking American jobs. He carried on in the same vein immediately after becoming president and shocked one and all by receiving a congratulatory phone call from the Taiwanese president, thus putting a question mark on Washington’s one-China policy and turning American foreign policy on its head.

But shortly, thereafter, he changed his tune and held an unusually positive summit meeting with Xi on April 10, 2017, and praised China to the skies. Now, Trump counts China as a trustworthy friend of America which is helping it in a big way in trying to resolve the North Korean conundrum.

Modi has consciously and deliberately cultivated ties with the US ignoring concerns from traditional friends like Russia and formidable rivals like China, though it remains to be seen what kind of treatment he gets from Trump during his June 25-26 US visit. Trump too rode roughshod over Japan and important powers in Europe and the Gulf, all of them important American allies, and has repeatedly asked them to pay for the American security umbrella.

Like Modi, who is grappling with the problem of nose-diving bilateral relations with contiguous neighbours like China and Pakistan (a problem of his own making), Trump too has annoyed America's contiguous neighbours like Mexico and Canada. Trump came up with his outlandish proposal of building a $20-billion wall with Mexico and making the Mexicans pay for it and continues to vow for its speedy implementation.

Both leaders – Modi and Trump – have an autocratic way of functioning and showing scant regard for institutions, opposition, media and the press freedom. Trump called journalists “the most dishonest human beings on Earth” and even advised his aides to jail journalists for publishing classified information.

Modi’s deep distrust of media is well-known as he hasn’t held a single press conference during his 13-year-long tenure as chief minister of Gujarat and now as prime minister. Both leaders convey their thoughts through Twitter, a one-way street where answers to questions are neither mandatory nor given, or through selective interviews to TV honchos which are obviously highly sanitised.

Of course, that's not the reason behind their "sleepless nights". Interestingly, both Modi and Trump have similar sleeping habits. While Trump sleeps just four to five hours a night in his new role as the president, Modi is said to work 20 hours a day.

There is one stark difference, however, between Modi and Trump. Modi has a family, but he lives the life of a recluse, has been living separately from his wife for decades and doesn’t allow his family members to even visit him except for a few well-choreographed meetings he has had with his mother in New Delhi and Gujarat.

Trump, on the other hand, has a long family line, has a glamorous young wife who openly slaps away his hand during official visits abroad and has a jet-setting ambitious businessman son-in-law who has been quietly setting his foreign policy.

Also read: Eh, why has a top sociologist named a village after Trump?

#Terrorism, #H1Bvisa, #Modi-Trump meet
The views and opinions expressed in this article are those of the authors and do not necessarily reflect the official policy or position of DailyO.in or the India Today Group. The writers are solely responsible for any claims arising out of the contents of this article.