Bengal will be a major battlefield in 2019 and the Modi vs Didi clash so far shows the gloves are off and the fight will only get nastier. Alongside, the rhetoric will grow more pious.

Vicky Kaushal's latest hit Uri: The Surgical Strike is connecting well with the prevailing mood of the nation and succeeding at the box office. Understandably so, as it tells a brisk topical tale of the surgical strike on Pakistan where India wins in the end. But the Modi government’s latest surgical strike on Bengal seems to have gone wrong — or not achieved its desired result as far as the perception battle goes.

In fact, the BJP seems to be using its "surgical strike" mode on all possible fronts, from CBI raids to demonetisation, so often that it needs to be credited with popularising a specialised military operation like “surgical strike” to everyday conversation across social and economic strata, just like the now most maligned innocuous Urdu word “jumla” — which actually means just a sentence.

This has led to both sides claiming a moral victory!

But the way the Bengal drama has played out has certainly put Mamata back in the street fighter role she excels at. Mamata has, in one stroke, made the Modi government come out looking like an authoritarian regime which is using the CBI to reign in the opposition. Namaste ji! It's Modi vs Didi in West Bengal and the gloves are coming right off. (Photo: PTI)

Even the alliance between the Samajwadi Party chief Akhilesh Yadav and Mayawati has apparently been facilitated by the fear of a CBI crackdown on both — they thus came up with a slogan “Hamare paas gathbandhan hai, BJP ke paas CBI”.

Not too long back, there was a CBI raid on Arvind Kejriwal’s office. Back then, the investigating agency claimed the raid was on the principal secretary’s office and not on the CM’s, but Kejriwal cried foul and accused the PM of resorting to cowardice when he couldn’t handle him politically.

CBI raids have become the most popular tool in the government's hand, to the extent that the CBI raided the CBI itself! There was a paralysis in the CBI with its bosses planting evidence against each other. The government responded to the mess by carrying out a midnight surgical strike on the CBI and heads rolled inside the organisation. Questions were asked then on the timing of the move and if due procedure was followed — questions that now stand true in the Bengal Police VS CBI face-off.

What is it with this government and a midnight or an almost-midnight strike? The CBI struck Rajiv Kumar too on a Sunday evening apparently to arrest him in a chit fund scam. It should have procured the arrest warrant from the special court, which it did not. Former CBI director AP Singh told me in an interview in fact that the CBI should have taken the required papers, informed the CM and worked in harmony with the state police.

It failed to follow the procedure — hence, the action looked like an attack and dented the image of the CBI.

Rajeev Kumar, the Bengal police commissioner headed the SIT probing the Saradha and Rose Valley Ponzi scams, was asked to cooperate when several key documents of the cases went missing. Since then, he has been sent several summons in this case. As such, investigating the police commissioner was not objectionable. However, the manner in which it was done certainly is. Where do we go from here? Mamata Banerjee claims she's saving the Constitution. Her method is decidedly odd. (Photo: PTI)

It's true that everyone has a theory on the Modi vs Mamta drama, depending on where they are placed on the political spectrum. Mamata has been hailed as a superwoman and the savior of the Opposition — she has managed to extract maximum political mileage from what was essentially an administrative impasse and has thus assumed centre-stage as a political street fighter.

The attention shifted from Rahul Gandhi’s mega Bihar rally (the first by the Congress in 28 years) to Didi’s dharna. The opportunity was handed to her on a platter — she grabbed it and turned it into a political good vs evil battle. She held the police investiture ceremony too from the dharna ground and proclaimed how the entire country was with them.

But that doesn’t mean Mamta Banerjee is actually out to save the Constitution or is indeed the savior of democratic values.

If anything, she has used the situation to gain political mileage. Fiery leaders like Mamta Banerjee don’t take things lying down. They have a tendency of escaping the Constitution's gravitational pull with great velocity.

While she may have gained political mileage, she certainly hasn't emerged as the moral victor. As a chief minister, it is Mamta’s responsibility to maintain a working relationship with the Centre. If she sensed something wrong in the CBI crackdown, she could have gone to court against it.

In a world where fact-checking is just a Google search away, do notice the contradiction in Didi’s approach now, as opposed to six years ago. While she came to Rajeev Kumar’s rescue on February 3, 2019, launching an optic-heavy dharna in February 2013, she had dismissed the Kolkata police commissioner Ranjit Pachnanda and transferred him overnight, reportedly for not protecting an influential Trinamool leader who was the prime accused in the killing of a sub-inspector.

Cut back to 2019 — the CM is protecting the police commissioner who should rightly be probed in the Sharda scam.

Yet, as things stand, the commissioner sits on dharna with the chief minister — in uniform — against the central government.

Fiery leaders acting on their whim is not something specific to Mamata Banerjee alone. Mayawati is known to curb any sort of rebellion with a heavy hand. In Mayawati's administration, when UP DIG DD Mishra complained of corruption in the state department, he was gagged and detained in his own office — and later shifted to a mental hospital. 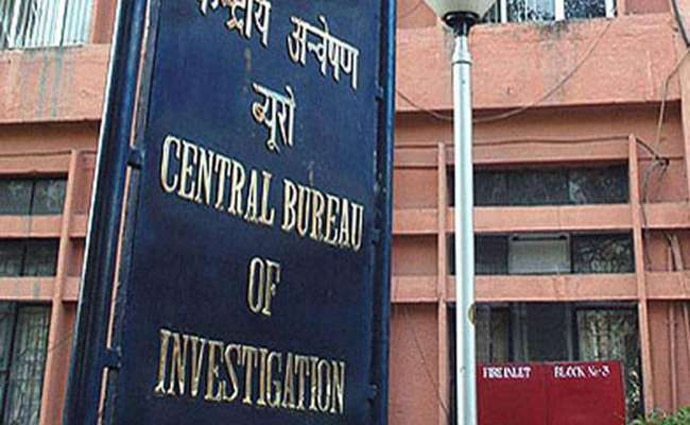 The CBI is also often referred to as the 'caged parrot' which follows 'his master's voice'. (Photo: PTI)

However, the fact of the CBI being a tool in the hands of the government of the time can't be disputed either. Several books have been written about the politicisation of the CBI, including former IPS officer BR Lal’s book Who Owns CBI. Justice RM Lodha had, in the Coalgate scam, described the CBI as a "caged parrot" following his "master’s voice”.

He had said there was clear evidence of interference in the CBI inquiry. It gave an authoritative voice to the Opposition's complaints that the government had been using the investigating agency to keep coalition allies in line. The Congress has done it too to manage its allies — but the BJP has gone a notch higher in its brazenness.

The current battle scene is Bengal, where the stage is set for a Modi vs Mamata fight. The Bengal chief minister has snatched momentary leadership of all those opposed to the Prime Minister, with a support base that cuts across regions controlled by the NDA to National Conference’s Omar Abdullah.

While much of this support has poured out on Twitter, some like Kanimozhi to Tejaswi Yadav shared the dharna stage with Mamta. Their opponents were of course prompt to call this a coming together of all scamsters, from 2G to the fodder scam. But the bitter turf battle between the BJP and the TMC will carry on raging, as it has for the last few months.

Bengal is one state where the BJP is hoping to have double digit growth in terms of seats in 2019. The Bengal government has blocked the BJP's planned political processions and denied permission to UP chief minister Yogi Adityanath to hold the “Gantantra Bachao” rally either.

While all political parties seem to be either saving the Constitution or our great democracy from each other, the victims of the Sharda Chit Fund scam remain mere spectators, holding on to an increasingly fragile hope of justice.

Post your comment
#Sharda scam, #West Bengal, #CBI, #Mamata Banerjee
The views and opinions expressed in this article are those of the authors and do not necessarily reflect the official policy or position of DailyO.in or the India Today Group. The writers are solely responsible for any claims arising out of the contents of this article.