Mood of the Nation: Modi might be a hit but his schemes are a failure

If paradoxes are only truths, as George Bernard Shaw had once quipped, PM Narendra Modi has every reason to get worried.

The curious paradox of being Narendra Modi is not that he has no opposition but that his big schemes have hardly left any impression on people’s mind. In spite of his soaring popularity with the masses, people don’t even find big-ticket schemes like Digital India, Make in India or crop insurance a success.

No doubt that Modi is the most popular leader of recent Indian history. India Today’s latest Mood of the Nation (MOTN) poll further corroborates that. However, the survey’s findings reveal that PM Modi’s big-bang schemes, surprisingly, are abysmally low on approval rating.

Going by the MOTN, which has 60 per cent respondents from the rural milieu, only 1 per cent of the sample deems the crop insurance scheme successful.

Team Modi has been beating the drums about the achievements of Jan Dhan Yojana, and Direct Benefit Transfer scheme. However, only 4 per cent and 3 per cent of people have found them successful under the MOTN sample.

Digital India and Make in India are also curious cases of contradiction for the Modi administration, as only 3 per cent and 1 per cent people have found them working on the ground.

Contrary to the popular perception, the grand GST and demonetisation effort seemed to have also cut little ice. Only 5 per cent people think GST is a success and 60 per cent think demonetisation was more painful than gainful.

Irony dies many deaths when it comes to the massive expenditure made on the publicity scheme launches.

The Modi government spent over Rs 1,100 crore in two-and-a-half years on advertisements between June 2014 and August 31, 2016, according to data provided by the information and broadcasting ministry to a Right to Information (RTI) petition.

This does not include expenditure on platforms like hoardings, posters, booklets and print advertisements.

Most of Modi’s schemes have not only been supported by a massive media blitzkrieg but top ministers, MPs and MLAs have also been tasked with percolating the schemes to the ground level.

The low recall value of schemes must be alarming for Modi and his lieutenant Amit Shah, who works with a massive communication machinery both at the government and party level. 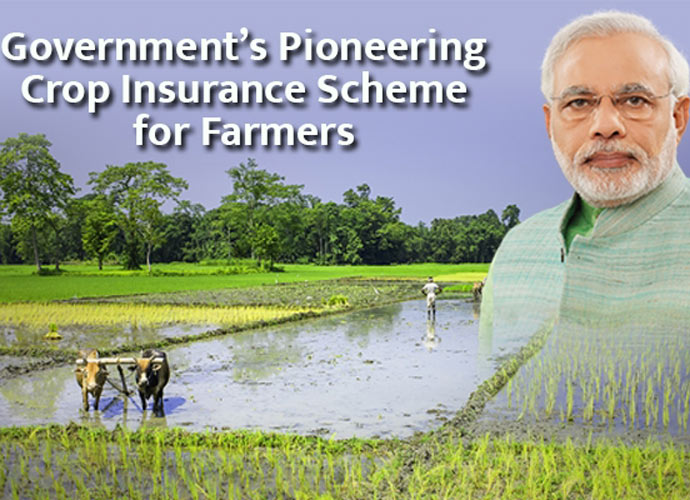 When it comes to launching schemes, our leaders are matchless. Undoubtedly, the Modi government has its share of good schemes, but the second stage, which involves determination of targets and coordination with states, is where those schemes start to flounder, and hardly any scheme reaches the third stage where it benefits the people.

This begs the questions of whether the Modi government’s schemes are on the cusp of becoming a victim of the last mile syndrome?

Has he made his government a factory of manufacturing new schemes and programmes while he was expected to fix the creaking delivery machine of Indian governance?

The MOTN poll seems to suggest so. Despite the government having completed more than half of its term, several schemes have not reached even the second stage, let alone the last mile.

No denying that state governments are equally responsible because they have not been taking the schemes launched by the Centre seriously, but they are merely following what CM Narendra Modi used to do in Gujarat.

As CM, Modi would have his own set of schemes for Gujarat, instead of implementing those launched by the Centre.

Remember Nagla Phatela village of Hathras in Uttar Pradesh? PM Modi had last year announced from the Red Fort that electricity had reached this village after 70 years, but to his embarrassment, the facts soon came to the surface - that darkness still rules the village.

What followed was a grand drama of withdrawing tweets and making the Uttar Pradesh government answerable. This incident became a cornerstone of real versus claimed success.

Last year in July, before the cabinet reshuffle, Modi had said that for him success meant that people could feel a difference and that he would not recognise a putative success that is falsely being claimed.

He must mean it despite his skyrocketing popularity.

#Make in India, #Digital India , #Narendra Modi, #Mood of the nation
The views and opinions expressed in this article are those of the authors and do not necessarily reflect the official policy or position of DailyO.in or the India Today Group. The writers are solely responsible for any claims arising out of the contents of this article.