Mother Teresa and the endless controversies of canonisation at the Vatican

It is rare that the Church finds a saint who has been as much a crusader of humanity.

In the last 50 years, since Pope Paul VI papacy that began in 1963, the Vatican has given the world some 640 saints - more than dozen a year.

Pope John Paul II, who at the helm of the Vatican for more than 26 years, from 1978 to 2005, in fact, made more saints than all previous popes put together, a staggering 480 since the papal supremacy in declaring sainthood for someone was officially established in the 16th century. 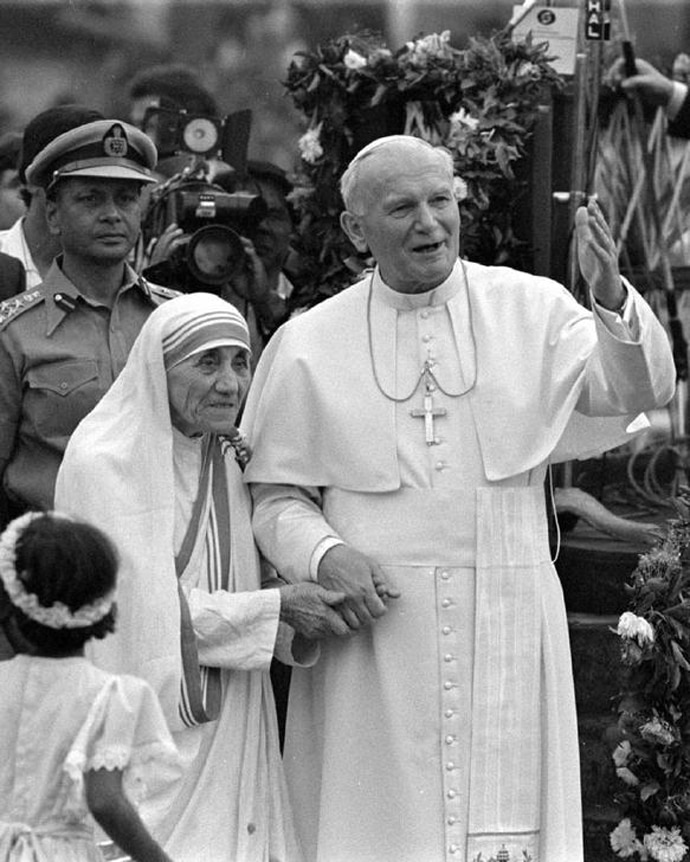 Pope Benedict XVI too served the Vatican's highest office for some eight years and renounced papacy - retiring in 2013 - having presided over 45 canonisations, while the current pope, Francis, has already added 28 names to the canon of the recognised saints.

One of the canonisations under his papacy is of the Martyrs of Otranto, 813 inhabitants of the Italian city Otranto, who were massacred in 1480 after they refused to convert to Islam. If one were to count individual names, then Pope Francis has surpassed even Pope John Paul II. While Mother Teresa’s canonisation mass is scheduled for September 4, seven more will be elevated to the status of sainthood on October 16.

Almost of them have been catholic priests or adherents of Catholicism like Mother Teresa was, a staunch Catholic with orthodox values especially on women rights, abortion, contraception, divorce with her rigid views on how to treat the poor in her homes for the dying. Much of Mother Teresa’s criticism is directed by these values along with the questions raised on the financial accountability of her order.

But what sets her apart from the other saints or those who have been conferred with sainthood is that the whole canon of modern saints doesn’t compare to the humanitarian soul that was Mother Teresa. In fact, we can say that Mother Teresa has been the most popular catholic throughout the world since she took centrestage with the global spread of her humanitarian organisation, the Missionaries of Charity.

For her service to the poor and destitute, she was awarded the Nobel Peace Prize in 1979, a recognition that no pope has received so far. So, at least we can say the Vatican is going to honour humanity this time by canonising someone who not only worked for the church, but also for the people of all faiths.

The religious nature of canonisation has seen many controversies:

In 2015, Pope Francis had canonised Junioperra Serra, an 18th Century missionary from Spain who migrated to America. Serra has left behind him a fractured legacy of conversion and torture and large scale protests were held by Native Americans against his canonisation. According to the claims of Native American organisations, Serra’s mission killed some 90 percent of Native Californians at that time.

Italian Padre Pio (1887-1968) who was canonised by John Paul II in 2002 was dubbed a psychopath by many and it was a widely-held belief that his order of monks was busy exploiting financial gains by displaying Pio’s wounds and comparing it to the crucifixion marks of Jesus Christ. Due to these controversies, the Vatican was initially against Padre Pio, but under the compulsions the Church alone can explain, the later popes dismissed all allegations.

The most famous canonisation controversy is of Pope Pius IX (1792-1878), the last pope to rule over the Papal States before they fell to the Italian army. He was pope for more than 31 years and is now reviled for his dogmatic views, his hatred for modernism and his rigid beliefs about the supremacy of the papal teachings. He called Jews dogs and is notorious for abducting a six-year-old Jewish boy only because he was secretly baptised by a Roman Catholic maid.

Attempts to beatify him, the first step towards the canonisation process, failed many times due to widespread criticism and protests. But the formidable Pope John Paul II beatified him in 2000. Let’s see when and by whom he is canonised.

He was a compromise replacement for Pope Pius XII (1876-1958), another controversial pope whose canonisation has been vehemently opposed for not doing enough in the Holocaust carried out by Germany and its allies in the Second World War. The conduct of his papacy has been widely criticised. Though the process to canonise him began in 1965, he is yet to be beatified.

Cardinal Alojzije Stepinac of Croatia (1898-1960) was another controversial candidate beatified by John Paul II. His canonisation is still due. John Paul II described him as a martyr of faith as he had led the Croatian church in World War II. His wartime records and affiliations have been questioned, and Jews and Serbs say he did not criticise their massacre during the war the way he should have. He, in fact, supported independent Croatia that came into being with the support of Adolf Hitler’s Germany.

Despite the lengthy list of canonisation controversies, the Vatican remains unaffected, even unmoved. Because for the Vatican, “being the martyr/proponent of faith” has always been the primary criterion to declare someone a saint. Pope John Paul II, while beatifying Cardinal Stepinac, had said, "Beatifying a son of the church does not celebrate particular historic choices that he has made, but rather points him out for imitation and for veneration for his virtue (read adherence to church and faith here).”

It is rare that the Vatican canonisation process finds someone who has also been a crusader of humanity like Mother Teresa.

Post your comment
#Pope Francis, #Canonisation, #Mother Teresa
The views and opinions expressed in this article are those of the authors and do not necessarily reflect the official policy or position of DailyO.in or the India Today Group. The writers are solely responsible for any claims arising out of the contents of this article.