Mukherjee Nagar Clash: I refuse to identify with Sarabjeet. But can a modern police force identify with the cops who attacked him?

The fracas in Mukherjee Nagar shows several lines, of religious identity, secular permission and civil rights, being breached. No one emerges from this looking good.

Initiated Sikh lawmakers wear it across the world. It’s worn by initiated soldiers, officers, bureaucrats and numerous other common faithful Sikhs. One of the five kakkars or the Ks commanded by Guru Gobind Singh in 1699, the kirpan is high on symbolism. And so are the other four Ks — the kes (uncut hair wrapped in the turban), the kara (a steel bracelet), the kanga (a small wooden comb) and the kachera (a pair of cotton breeches).

But 320 years after the initiation of the Khalsa in 1699, Guru Gobind Singh’s order that institutionalised Guru Nanak’s philosophy of egalitarianism in the face of a tyrannical Mughal rule and upper caste hegemony, the kirpan has caught India’s attention in the social media age.

This, after a Sikh driver brandished it at a Delhi Police cop.

Gramin Seva van driver Sarabjeet Singh is not my hero just because he carried the holy kirpan or wore a kesri dastar (mini turban). 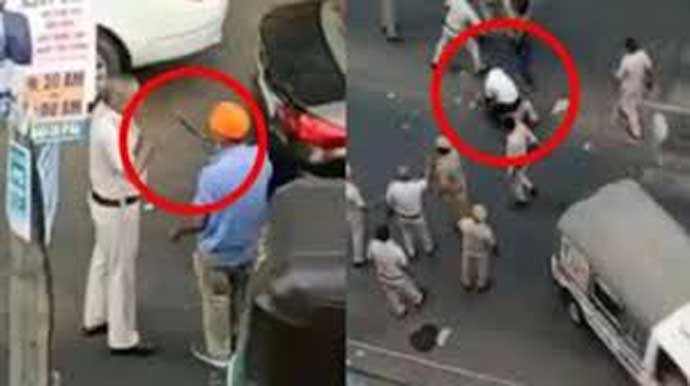 Not a hero: Sarabjeet Singh is not a heroic figure as he apparently used the holy kirpan in an argument. (Photo: India Today)

He is a citizen of my country as much as the policeman he was having an angry argument with before he unsheathed the kirpan — more so as a sharp-edged weapon than anything sacred.

Let me first explain what the Sikh kirpan symbolises.

It’s emblematic of spirituality, the soldier part of the Sikh soldier-saints, of the defence of good, the weak and the deliverance of justice.

Aside from populist sentiments, some of which have been fuelled by vested political interests, the fact as recorded on tape is that Sarabjeet Singh took out the kirpan to drive away a cop.

The social media theories that the cop was corrupt and rude can in no way justify the Sikh driver’s act. They will not, in any part of the world. A citizen with equal rights threatening police on duty is subject to legal action, be it a Sikh with a kirpan or a Hindu with a trishul.

The acts violate the law as well as the religious principles. When state or religion gives you any special right, it comes with responsibility. I refuse to see the Mukherjee Nagar incident from the lens of religion or from the majority-minority perspective. Rather, I view it as a citizen of India, governed by a Constitution that helped elevate Sikhs to the positions of prime minister, army and air chiefs, chief planners and top bureaucracy.

Sarabjeet Singh was not defending the weak. He didn’t use available mechanisms to route his grievance, if any. Instead, he sought to use the kirpan as a weapon of assault.

I don’t identify with him.

But the question is whether a police force themed on "Shanti, Sewa, Nyay" can identify itself with its men who brutalised Sarabjeet Singh and his teen son. The Mukherjee Nagar episode illustrates policing in our country remains as untrained as ever in human and civil rights while confronted with such situations, even in this age of phone cameras. Temporary suspensions are no answer.

Remember, the legal basis for the police system in our country is a law drafted in the wake of the 1857 uprising against British rule — the mindset remains the same, 72 years after independence. 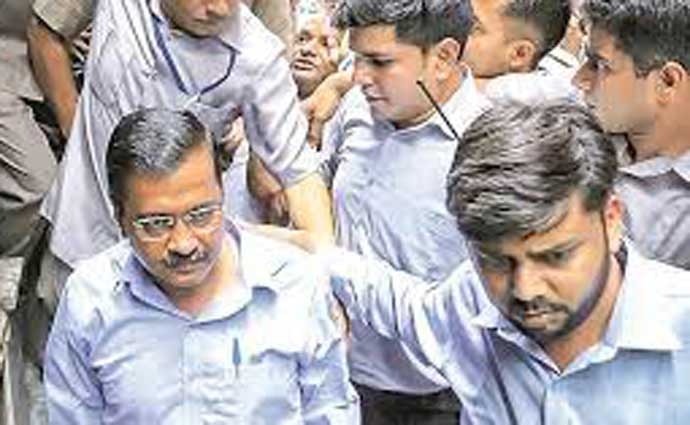 Eye on polls? AAP's Arvind Kejriwal met Sarabjeet Singh, who was beaten up by the Delhi police. (Photo: PTI)

Sectarian forces, apparently with an eye on the Delhi assembly elections, are bombarding WhatsApp to turn the Mukherjee Nagar incident into a Hindu-Sikh issue. They might well succeed, God forbid.

But the real takeaways are different for anyone ready to accept: a) If Sarabjeet Singh is a fit case for prosecution for falling foul of the law as a citizen, his attackers in uniform deserve stringent action for custodial abuse and b) the policing should rid itself from the repressive mentality of Britain's colonial regime.

#Mukherjee nagar, #Kirpan, #Sarabjeet singh
The views and opinions expressed in this article are those of the authors and do not necessarily reflect the official policy or position of DailyO.in or the India Today Group. The writers are solely responsible for any claims arising out of the contents of this article.