The lack of political will to repatriate black money lying in offshore accounts will hurt the government.

The BJP and the government have been busy celebrating its two years in office.

1. We have had the highest rate of food inflation over the last two years, and prices of the common man's daily modest diet - essential commodities like rice, pulses and vegetables have skyrocketed.

The unacceptable price rise does not seem to follow any rational pattern and can fluctuate between 10 to 50 per cent in a span of a week. Inexplicable, but thanks to Digital India, hoarders and middlemen have found the perfect way of building up a national grid for ensuring high prices across the country regardless of rains or drought, or whether the produce is local or transported.

The government has not responded in any effective way to protect the common man from the crushing food prices, though it could give strict advisories to the states to regulate prices through the Essential Commodities Act.

The poor man's diet and health are deteriorating, and no amount of Make in India or Skill India will improve them.

In fact, the government has found a perfect alibi for inaction on such matters; it believes that through its convenient mantra of "cooperative federalism", this is the problem of the states. Minimum government, it may well be, but maximum governance, not at all. 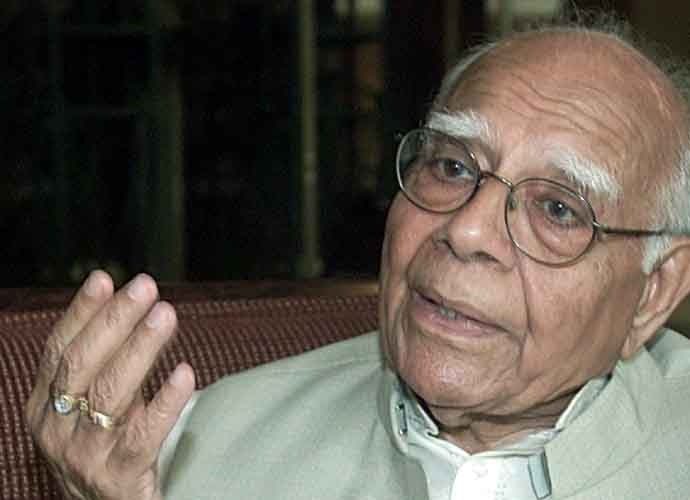 2. The finance minister has done everything possible to damage Modi government. He started with alienating the armed forces, the guardians of our nation, by breaking all the promises made by BJP and Modi about the OROP (One Rank, One Pension). He then has tried to alienate the salaried class, who have been Modi's greatest supporters, by announcing in his Budget speech that the provident fund money accruing to them after retirement should be double taxed.

This created a huge protest, and finally the finance minister had to withdraw his senseless move. But his motive would appear crystal clear, even to a simpleton.

3. There is enough talk that the finance minister and his buddies, cutting across party lines ensured that BJP lost in the Delhi and Bihar state elections, both of which were well within their reach, had they showed better political acumen, and a will to win.

And he was in charge of both of them. There is also talk that they were waiting for a hopeful loss in Assam, which would have paved the way for a revolt against Modi.

Also read - Modinomics has made India a stronger economy today

But noticeably, for whatever reason, the finance minister was rather absent during the Assam election, and the BJP won. So, the revolt will have to be restrategised.

Delhi has for centuries been known for intrigue, betrayal and regicide. The atmospherics remain the same - the perceived number two always vying for the throne.

4. The complete lack of political will to repatriate black money lying in off shore accounts is even today the Achilles' heel of the BJP government. Modi had promised it to the people of India in several of his election speeches, and the BJP had promised it in their election manifesto.

If there is one single issue about which Modi has to hear jibes almost on at daily basis, it is this. He has never responded or explained to the people why he has broken his promise, not even when his trusted lieutenant Amit Shah frivolously told the people of India during the Delhi election, that the promise was just an "election jumla".

I can understand that wealthy and privileged people across party lines and across all professions, the opinion leaders, so to speak, must be heaving a sigh of relief about this betrayal to the people of India. They are safe, and perhaps, this may be the reason why the outrage has not spilt over.

There is a lurking suspicion that Amit Shah was piously advised to make this statement by those who had already started plotting against Modi to defame him. And Modi has assisted the conspirators admirably by remaining mum on the issue and not rebutting a word of it.

The money minister of the Modi government, despite his inane and irrelevant statements about the issue now and then, has tried to make sure that repatriation of black money will never happen.

Instead of flooding the country with the retrieved black money, he is flooding the judiciary with his cronies, a fact for which there is conclusive evidence.

5. Well, in these two years, the government has done everything possible to disprove itself and shake its own credibility. Basking in its minimum government mantra, it has reduced itself into a government of great event management, conferences and slogans about India's growth, concentrating mostly on the digital and electronic sector, infrastructure and industry, insurance and smart cities, whatever that means.

Well, all that is very good and may it succeed. But, I'm sure that the ever vigilant and hands-on digital finance minister knows that servers in his banks are down for more than half the time, causing great hardship and inconvenience to the common people.

And that the Jan Dhan accounts of the poor are already being rented without their knowledge for secreting black money. Surely, that was not his intent.

6. The government does not seem to realise that human resource development is as important for a nation's progress as infrastructure development. The Western capitalistic model cannot be replicated in toto in a country where at least 40 per cent of the population still have abysmal human development indicators, be it in terms of education, health, nutrition, housing, or social and political awareness, particularly the Scheduled Tribes and Scheduled Castes.

The Directive Principles of State Policy of our Constitution make it incumbent upon government to continue taking initiatives for their progress.

Instead, we see a growing tendency of the government to wash its hands off these very basic duties, and outsource as much as possible to external agencies, without commitment or accountability, or to the state governments, in the fond belief that economic growth will somehow filter down to them and alleviate them from their misery.

Well, it just might, but we would have wasted at least another two generations by then, for which the guilt would lie upon the government that washed its hands off.

In these two years, the government, still without any vision statement, has become a "government of events, outsourcing and digitalising". And the rest is left to the states.