The two leaders have a heart-to-heart conversation on the ex British PM's last day in office.

On his last day at 10, Downing Street, a gloomy British prime minister David Cameron decides, on an impulse, to personally express his thanks to some heads of government he's known during his period in office. The calls are short and businesslike.

Not so when it reaches the Indian prime minister. Narendra Modi feels that Cameron needs consolation, but could also do with a bit of advice (it is also easier to advise the leader of a P5 state when he is out of power). After initial pleasantries the conversation goes something like this:

Modi: Brother, I hope you don't mind it, but I must tell you that calling all those referendums was wrong.

Cameron: What "all" referendums? I had only two - Brexit and Scottish independence.

M: But two is too many bhai. You should only have such things when you are very, very sure to win.

C: Yes, yes, I thought that I would win. That's why I called the referendum, but something went wrong. But nevertheless, we have to have voting in a democracy.

M: Yes brother, of course, of course. We know that. We are the world's largest democracy you know. We have elections all the time - parliamentary elections, Assembly elections, municipal and panchayat elections. We even have elections in Kashmir. And if they don't want to vote our army boys see that they vote. They push the Kashmiris to exercise their democratic right. We make sure that our democracy works.

C: But some issues are very important. You need to have a referendum.

M: It's there in your constitution?

C: No, no. We don't even have a written constitution.

M: Then? How can you make such a mistake? See us. Our Delhi CM is asking for a referendum for full powers for his state government. We said nothing doing, not in our constitution. We called him an anti-constitutional anarchist.

Of course, when we wanted to have a referendum to takeover another state, Sikkim, we had a referendum. But at that time we had made sure everything went our way. Our army first took over the king's palace and put him under house arrest and then, within five days, we had the referendum. No one was there to oppose us, no debate - 98 per cent voted in our favour. You have to make sure in a democracy brother. 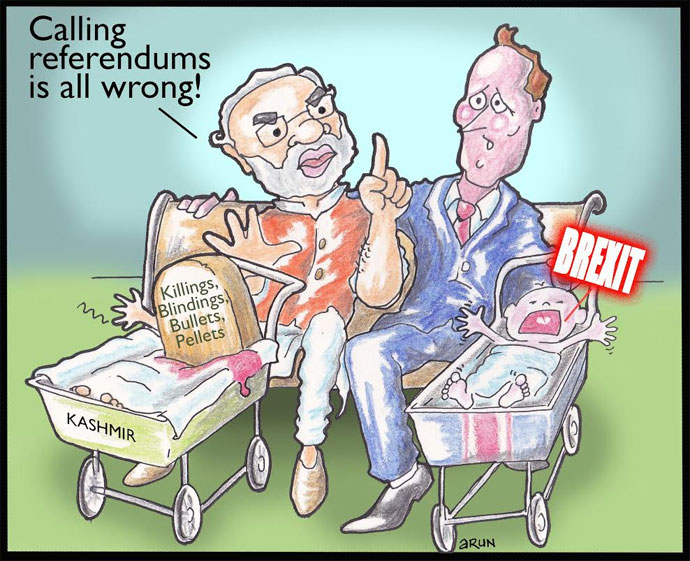 C: It's not the same everywhere Modiji.

M: I know. But the referendums you guys take give us the shivers. I was really tense during your Scottish vote. If it had gone against you, we would have had real problems. Would have given a boost to all our independence lovers here. Demands for a Kashmir vote would have got stronger.

C: But your Nehru promised the UN he would hold a plebiscite.

M: No problem with that. I too would have done that in 1948. The Indian people had been fighting so long for freedom; Nehru had to make a show that we were for freedom for all peoples. I'm sure from the beginning he had no intention of having a plebiscite in Kashmir. He knew we could never win. It was only where he knew we would definitely win, in a place in Gujarat, that he immediately had a vote - only 91 votes went against us. 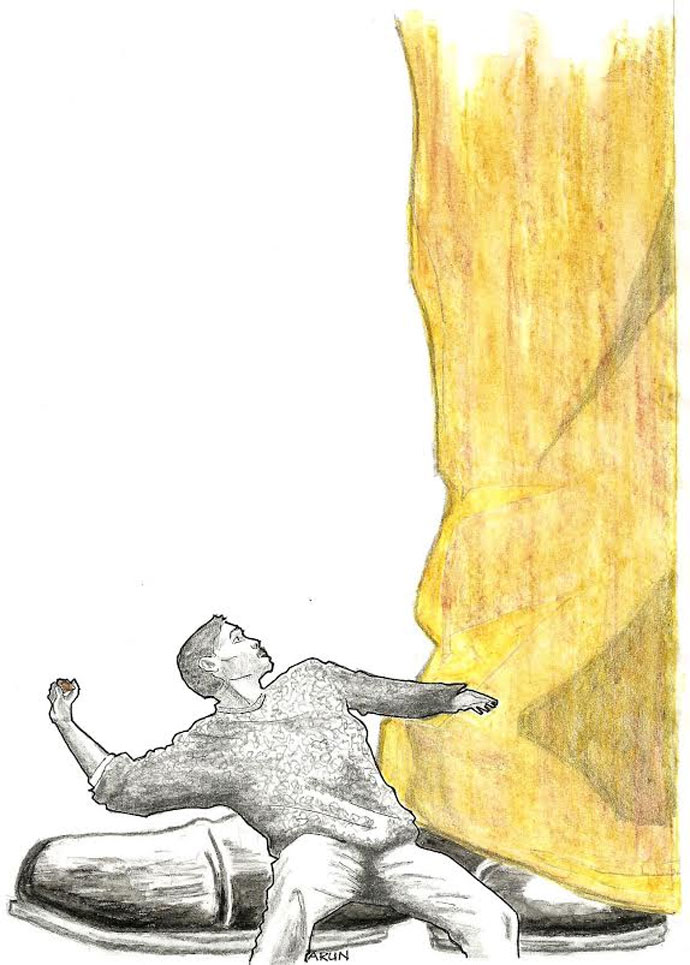 C: But Kashmir won't agree so easily. There seem to be massive stone-pelting protests on at the moment - against killing of a leader of the armed struggle there.

M: That? We know well how to deal with that. We just increase the numbers of security forces. It already is the world's topmost militarised zone. As long as we can convince the Indian people that these protesters are terrorists from Pakistan, we have nothing to bother.

C: But those protesters are not terrorists are they?

M: Did I say they were? You miss the point brother. I said that we only have to convince the Indian people that the Kashmiris are all terrorists... for that we have a good cooperative media who only give the government version. We just have a few troublemakers whom we can set right. On Kashmir even all our opposition parties are good fellows - whatever we do, they won't say a word against the government.

C: Dozens are dying, hundreds have been injured.

M: Some blood has to be spilt. But nothing to worry. See, I did not even have to cancel or cut short my Africa tour. Even during all the firings and killings in Kashmir, I was busy in South Africa spreading Mahatma Gandhi's message of non-violence. It is very important for the world to see me as a follower of the Mahatma - you see I still have to get over all those charges on me of mass killings in Gujarat in 2002. There are some human rights wallahs who go on and on after me.

C: I know those types. They have been going on after poor Tony Blair for Iraq war crimes. I don't know how it will be for me after I'm out of power. I too have a war crimes complaint against me for bombing Syria - by some Scottish independence partymen. After Brexit vote they are demanding a new Scotland referendum and they may win this time. I'm worried.

M: Don't bother too much Davidbhai. The Americans will have to see that none of their friends face trial for war. We may talk of peace but we need war all the time, at all times. Even the Mahatma recruited soldiers for your wars. War and violence are necessities recognised by all. The important thing is to be on the winning side. Only losers can get punished as war criminals.

C: But Modiji, you better do something about Kashmir.

M: Yes, yes, we have got some good suggestions from the Israelis. We are putting them into practice. We are trying some army settlements and some fortified Kashmiri Pandit settlements - how the Zionists did in Palestine.

If we manage to change the demography then we can definitely go for a referendum for Kashmiri self-determination. We can show that we also uphold the right to self-determination in the International Covenant on Civil and Political Rights, which we ratified in 1979. 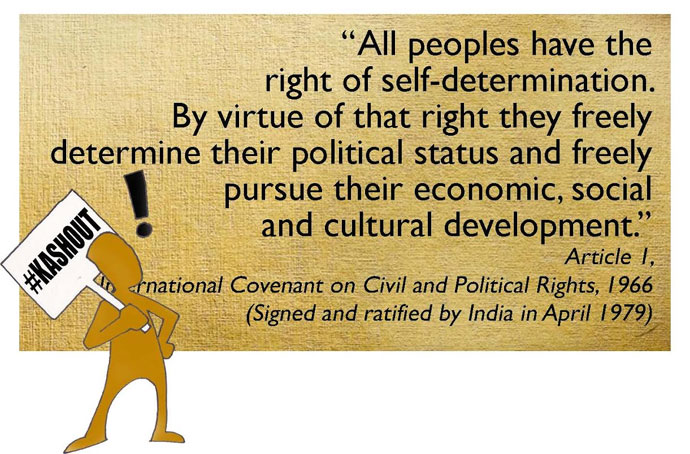 [The pleasant exchange of views comes to an abrupt end with Samantha reminding Cameron that it is time he left for Buckingham Palace to hand in his resignation.]

#David Cameron, #Narendra Modi, #Kashmir
The views and opinions expressed in this article are those of the authors and do not necessarily reflect the official policy or position of DailyO.in or the India Today Group. The writers are solely responsible for any claims arising out of the contents of this article.