Every day is a new negotiation: Demonetisation is a cruel joke on India

It has extended that to the daily lives of citizens in an unnecessary and undeclared emergency.

Equally happy citizens beam back at him. They may soon be the only ones with smiles on their faces.

Yes, we’ve heard the stories and talked to enough people who are delighted that Modiji ne sabko ek jaisa bana diya hai, but when your 74-year-old mother has to stand in a queue for two hours to withdraw her own money from the post office; when you get your salary on the first of the month but are unable to pay those who work for you; and when ATM-after-ATM you go to has run out of cash, demonetisation seems like a cruel joke.

But yes a joke it is. Every day, we are given new directions in what has become "Permissionistan". The economic reforms of 1991 didn’t dismantle the licence permit raj in the state’s control over natural resources.

Well, demonetisation has extended that to the daily lives of citizens in an unnecessary and undeclared emergency.

We are living in an age where discretionary powers of the government have expanded to our private lives. Amartya Sen has spoken of the breakdown of trust between the state and citizen. What’s worse is it’s become a daily erosion.

Refer to the table below on the number of notifications that have been issued since November 8. Every day is a new day in the complex negotiations an honest, tax-paying, hard working citizen has to undertake to withdraw his/her money to pay staff salaries, to pay for groceries, to pay for daily needs. 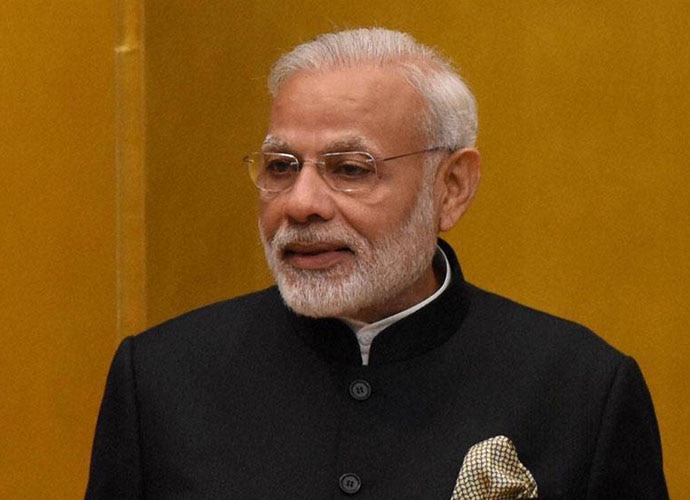 Finance minister Arun Jaitley had earlier said that the administration would not bother to make inquiry into small deposits of Rs 1.5-2 lakh in Jan Dhan accounts. On November 15, the finance ministry set an upper limit of Rs 50,000 for deposits into these accounts.

Similarly for withdrawals for weddings. On November 17, RBI issued a circular to let people withdraw Rs 2.5 lakh for weddings with the caveat that the amount could be withdrawn only if the date of marriage is on or before December 30. On November 21, the RBI imposed stiff conditions for withdrawal of up to Rs 2.5 lakh in cash from bank accounts for marriages, saying the money can be withdrawn only from the credit balance as on November 8, the day demonetisation was announced.

The cash withdrawn should be used only to make payment to those persons who do not have bank accounts and the names of such recipients should be mentioned while applying for withdrawal of the cash. A day later, on November 22, citizens could make withdrawals of Rs 2.5 lakh from their own accounts by making declaration for payments beyond Rs 10,000 only.

The list goes on, with toll payments, exchanging old notes. In the Age of Modi, we are all expected to unquestioningly and unblinkingly surrender our own agency and our own selves to the larger cause of nation building.

Glad to do so, but aren’t we, the taxpayers, doing that already? Financing the Dear Leader’s glory-building foreign trips, his fabulous wardrobe (complete with kani pashminas and Louis Vuitton loafers), and his schmoozing with pop stars and presidents? The democratically leader of the world’s biggest democracy doesn’t need our permission to look good for us. Do we need his permission to eat, live, breathe?

Yes, we are told the pain will ease. The queues will cease. It will force everyone to go cashless, open bank accounts, spend with debit/credit cards, value money. Eventually. Ultimately. In the long run (and we all know what happens to all of us in the long run).

The prime minister and his party know the country has little choice when it comes to political parties. The grand old party is on a mission to self destruct — so much that when Rahul Gandhi’s official Twitter account starts to abuse his own family, it doesn’t even raise an eyebrow.

Those are thoughts, though in perhaps altogether more colourful language, that every voting citizen has had at some point about the Gandhis as they are now.

The Aam Aadmi Party has also concentrated power on one man to the detriment of the original ideal. The other parties are a mix of venal and vapid, and sometimes both.

But patience can wear thin, silence (even though Amit Malviya has cautioned those who dare to speak out with the example of Gauri Lankesh) can be broken, and sacrifice for the larger cause can seem a waste when friends of the BJP indulge in lavish weddings and members of the BJP are caught with unaccounted-for cash.

For in the Age of Permissionistan, if the citizens need permission to spend their own money, they will demand accountability for every rupee the government spends. Schools, colleges, hospitals, clinics, roads, highways, efficient welfare services that reach out to the poorest of poor?

If citizens of this nation are to be dragged kicking, screaming, queuing into the new digital world, they would like to see the laws applying to all, equally, to those in power, and to those without.

Special arrangements for MPs in Parliament ATMs? Scrap that. Rs 10,000 in cash to government servants. Scrap that too. If we are to become a more humane and more equal society, who don’t mind investing our privileged todays for the sake of better tomorrows for all, then please remember, charity begins at home. Justice has not only to be done, but to be seen to be done.

#Black Money, #RBI, #Narendra Modi, #Demonetisation
The views and opinions expressed in this article are those of the authors and do not necessarily reflect the official policy or position of DailyO.in or the India Today Group. The writers are solely responsible for any claims arising out of the contents of this article.