Parallels between Modi and Trump

It is the environment that surrounds them that makes us put them in the same category.

Almost every Indian who follows the US presidential election campaign has, at some stage, been struck by the parallels between Donald Trump and Narendra Modi. And some of Modi's hardcore supporters were so moved by the similarities that they came out in support of Trump; a small group even held a party on his birthday.

At a superficial level, there are similarities. Both men have portrayed themselves as outsiders to power. Both railed against the political establishment (or "Dilli Durbar" as Modi called it on the campaign trail); both use an oratorical style that critics see as demagogic; both attract fanatical devotion; both have opposed certain kinds of immigration (Modi promised to solve Assam's problems by keeping out Bangladeshis); both encourage their loyalists to treat the media as the enemy. And both have been accused of playing fast and loose with the facts for dramatic effect. (Modi's opponents say this is part of his "jumla" style of politics.)

But there are also significant differences.

Trump is genuinely an outsider to politics. Modi has spent his life doing little else except for politics. Even before he became chief minister of Gujarat in 2001, Modi was loaned by the RSS to the BJP for election work, yatras and administrative duties. Trump makes up his ideology on the spot (on such subjects as abortion, he has performed 180 degrees about-turns) while Modi has been consistently dedicated to the RSS vision of India.

Modi came to national prominence by attacking a government reeling from scams, led by an ineffectual prime minister and facing a tide of unpopularity. All he had to do to win was to convince voters that he could provide corruption-free governance. Trump is attacking the record of one of the most popular presidents in US history (no president, at this stage of his career, has had such high approval ratings), who is seen as an energetic and articulate leader.

Where there is a parallel, however, is in the times that helped both men rise to the top of their parties. We live in an age of dissatisfaction where voters blame power elites for their problems. The same anti-establishment feeling that led to the rise of Modi (and perhaps to the surprise Brexit vote in the UK) has also led to the rise of Trump. Narendra Modi has been consistently dedicated to the RSS vision of India. (PTI)

One of Modi's problems now is, that when the outsider image no longer fits - on such issues as Pakistan, where he has not broken with standard policy - he seems out of his depth. That is why it suits him to let fringe figures make outrageous remarks about Muslims or obsess about beef eating. The media may see them as embarrassments. But to the faithful, they are reminders that times have changed and that it is now possible to publicly declare what was once considered politically incorrect.

Which brings us to the real similarity between Modi and Trump, the reason we view them through the same prism even if the similarities are no more than superficial.

Trump and his supporters have coarsened the nature and language of political discourse in the US. The recent attack on the mother of a Muslim solider who died in action is entirely in keeping with Trump's previous statements.

At one stage, it was considered unthinkable that a serious candidate for the presidency of the United States would demand that people of a certain religion be banned from entering the US. Since the 1960s, when segregation ended, the dominant strand in US political discourse is that people should not be discriminated against, or even identified by, factors they had no control over: race, religion, gender, ethnicity, etc.

Trump has not only turned this principle on its head but he has been cheered for doing so by his supporters!

In Trump's case, the medium is the message. So, in keeping with the bigotry at the centre of his campaign, there is a defiant and abusive aggression in his speeches and interviews. The candidate himself will abuse anyone ("Crooked Hillary", "Lying Ted" etc) and his supporters take their cues from him. The Republican Convention was regularly punctuated with cries of "Lock Her Up" about Hillary Clinton. Trump's well-organised supporters on social media are even more offensive.

Also read - If it was love between Modi and Obama, wait till he sees Trump

That is why so many Indians intuitively feel that there are parallels with Modi. When he was on the campaign trail, Modi's style was singularly offensive. His real opponent in Gujarat Assembly election was "Miya Musharraf". Rahul Gandhi, he said, was not fit to get a job as a driver, and so on. That approach became so integral to Modi's candidacy that it slipped out even when he was trying to be nice. Asked by the BBC if he felt sorry for the Muslims who died in the Gujarat riots, Modi said he felt bad even if a "kutte ka bachcha" came under the wheels of his car.

Just as Trump has coarsened discourse in the US, the Modi era has coincided with a similar decline in dialogue in India. Ministers and politicians say things nobody in their position would have dared say before. (Just Google "Giriraj Singh controversy" for one set of examples.) 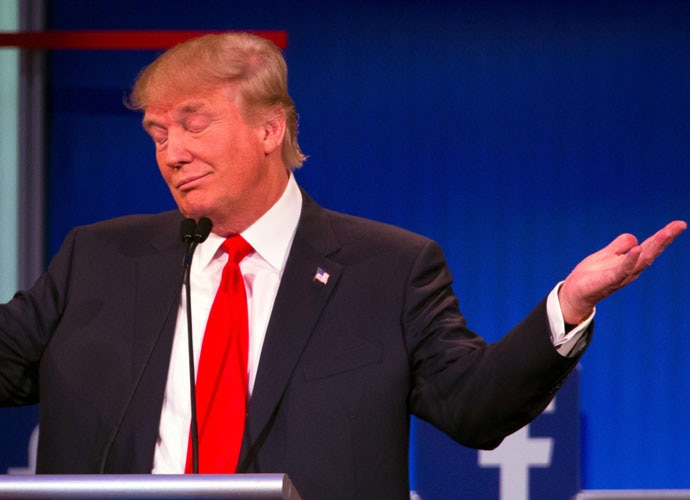 Donald Trump is genuinely an outsider to politics. (Reuters)

And the media have been willing participants in this decline. Most news TV shows now are patterned on WWE wrestling matches where guests are encouraged to shout, fight and call each other names. Nobody - not the anchor, and certainly not the political guests - wants to discuss the issues any longer.

It may be unfair to blame Modi for this - though it is hard to deny that the manipulation of social media for political purposes was begun by the BJP - but his arrival has coincided exactly with the transformation of political discourse in India.

So it is with Trump. Whether it is abuse, or the targeting of Muslims, Mexicans and other minorities, all of this became mainstream only after he entered the presidential race.

Finally, even though the differences between Trump and Modi are substantial, it is the environment that surrounds them that makes us put them in the same category.

Sadly, both America and India have now reached the stage that even if Trump and Modi both cease to be major players, the level of discourse will not recover.

That is something to be sorry about.

Post your comment
#Donald Trump, #Narendra Modi
The views and opinions expressed in this article are those of the authors and do not necessarily reflect the official policy or position of DailyO.in or the India Today Group. The writers are solely responsible for any claims arising out of the contents of this article.