The other side of the coin: This is how the liberals reacted to Narendra Modi’s victory in the 2019 General Elections

Several people have been making a mockery out of the way liberals reacted to Modi’s victory. Much of it is based on how the media covered it.

The news of Modi’s electoral victory has overwhelmed the population. The papers do not report anything else and TV is fixated on it. I was wondering how people who did not vote for BJP reacted to it. Their reactions are source of interest and it goes beyond scandal. Such a response becomes a case study when you try to understand what pluralism means in a democratic society. An acute observer told me, language is critical here. He notes that news like this is Janus-faced. The two-sided nature of news is caught in the inversion of meaning, what one side read as an avalanche and a juggernaut the other side read as an epidemic. Majoritarian politics become exclusivist. The other side ceases to exist even as the enemy or gossip.

Another observer was more critical of the way media reports the news. He pointed out pictures of the cabinet are presented as if they were successful IAS candidates. Their profiles are just as flat and anonymous. In fact, the exam results and the election results have stunning similarities. No real personality stands out. If anyone does, it is the missing, those not on the list like Sushma Swaraj or Arun Jaitley. There is a human face to them. They appear like autobiographies in a flatland of passport size photographs. Margins and the left Authors especially novelists had more interesting responses. A writer told me the noise of majorities hides the silence of real issues. There is no narrative about climate change, the farm crisis or the failure of Kashmir. Politicians or IAS candidates? The pictures of the cabinet ministers are presented as if they are divine beings (Source: India Today)

Majoritarianism is seen as a palliative to all problems. I talked to a lot of students from minority groups, especially women from, what we in clichéd style called, progressive backgrounds. One of them told me she wanted to leave India for five years. She was surprised by her desperation and reaction. She said India always felt like home. But today the sense of hospitality and neighbourliness is missing. A social scientist friend of mine and a onetime activist confessed that the threat is not to defeated parties. Parties like the Telugu Desam Party, the Congress, the Communist Party of India (Marxist) have lost their poetry. They are bits of nostalgia. Parties would be back like jokers in the pack. The tragedy, he said, was with the civil society.

The argumentative Indian and civil society have both disappeared. Voting machines are just assembly lines of approval. It was civil society whether dissenting groups, minorities, academics who raised question marks like flags of freedom. Today, civil society is the real flatland. The tragedy of democracy as opposed to electoralism begins there. Others saw it as a major win for the communications industry. Modi is Bollywood, Lutyens Delhi, the shakha god, all combined in one. The Amitabhs and the Shatrughan Sinhas sound puny before him. He is the only epic hero one has created. He makes sense to India, to the women, to the small town Indian, to all the youth. In fact, one of them almost ironically added, “you guys should teach Narendra Modi in your sociology classes". We analyze the political concepts, Modi lives them inside out (Source: India Today)

He understands nation, development, patriotism, inferiority better than you analysts. You only analyse the concepts from outside. Narendra Modi lives them out, embodies them in a way that concept and rhetoric blends beautifully. Modi is ‘Make in India’s’ greatest success. He is the only a brand India has created”. One is forced to ask whether elections from today will be mere extensions of the advertising industry. Maybe in future, Congress and Bharatiya Janata Party won’t fight it out. Politicians will now list along with their property, their respective brand values as part of social capital. This election proves that the majority as force expands, public space shrinks. The defeated cannot mourn in public.

Celebrations are only for the victorious. Another said, to take the surreal nature of this election as real, will be unfortunate. This election did not deal with issues on the ground. This election was a psychic resolution of Indian inferiority. We had to create a new icon, decisive, masculine, the common masses hero. Politics will begin once India has sorted its middle class anxieties. Modi is presented as a solution and a resolution to the problems of the Indian unconscious. A more reflective Marxist made a more interesting comment. He said Marxism and Liberalism like secularism were alien Languages. Our elite did not know to translate them. 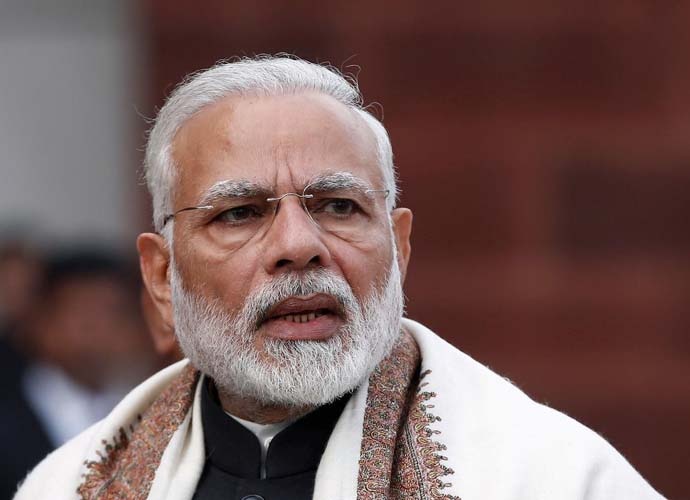 Modi makes sense to India, to the women, to the small town Indian, to all the youth (Source: Reuters)

“Modi” for all his pretensions at Davos to be global figure was and is a vernacular icon. He speaks in dialects. He comprehends the current banality in India, which the elite has no sense of. As a Chaiwala or a Chowkidar he had a sense of the making of the Indian mind. He added votes like an accountant laughing all the way to the vote bank. There is certain sadness in the sense of loss but democracy has been quite fickle. All one can really do is hope that five years from now my psephologist, my astrologer predict a different story. One can wait because that is what dissenters are good at: waiting.