Don't need a degree to prove PM Modi is against education

The puritanical ideas imbibed from the Sangh are antithetical to academic discourse and debate.

Narendra Modi is soon completing two years in office as prime minister of India. Usually it is the time to evaluate his government's performances in various areas of governance, which he had so loftily promised to deliver before 2014 General Election. But, the country is occupied with a gripping topic, whether Modi's academic degrees are real or part of all that "jumla".

Academic degrees are not necessary requirements to be the prime minister of India. However, Modi has consistently declared under oath of possessing few of them. So, it is absolutely correct to question the veracity of his claim.

Also read - Why I don't care whether Modi's degrees are genuine

It was thus surprising that Modi instead of regular grandstanding asked two of his close confidants to come out with documents authenticating his academic degrees. The kind of certificates and mark sheets they have produced to buttress Modi's claim raises more questions than answer.

The AAP is absolutely right to raise questions over several discrepancies in the graduation and post-graduation degrees and mark sheets of the Indian prime minister.

While the whole state machinery is at their disposal, the only way to explain this lousy cover-up by Modi and his close advisors is that because of their distance from academic community and characteristic disdain of academic intellect.

Modi government is undoubtedly the most anti-academic government India has ever had. Since Modi took over, prominent writers, scientists and historians have been raising their voices against an intensifying climate of intolerance and political interference in India's academic institutions.

For several months now a fever of political dissent has swept India's academic community. Indian universities had not witnessed protests of this magnitude for more than 25 years. Protests continue to widen and spread.

Narendra Modi's government does not hesitate to unleash brutalities carried out by the police forces inside academic campuses and arrest student leaders on charges of sedition. 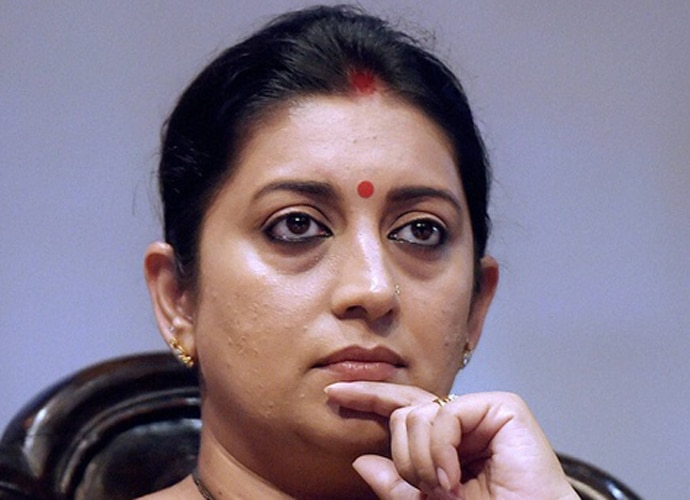 At the same time, the RSS uses its student wing ABVP's vandal power to suppress any opposition in academic institutions. With government's patronage, the ABVP has instigated incidents at many universities in the last 12 months. This has reinforced the view that the intellectual discourse and academic debate are under serious threat under the Modi regime.

Modi and his minions have been projecting any academic dissent as the work of elements determined to destroy their Bharat Mata. We know intellectuals and writers are being regularly branded as anti-nationals. Hindu nationalists with dubious academic credentials are being handpicked to head government funded academic institutions.

While the protest is seething in academic institutions, the Modi government is adopting a provocative approach and has ordered the central universities of the country to fly large national flags on huge masts, openly instigating non-Kashmiri students against locals in NIT Srinagar, bringing the despised vice-chancellor of University of Hyderabad back to his post, and through a bigoted counterpart taking strong disciplinary actions against student leaders in JNU.

Even BJP government in Rajasthan has erased Jawaharlal Nehru from history book. As part of "curriculum restructuring", the Congress freedom fighters are taken out of the school booksand even Mahatma Gandhi’s assassination by Nathuram Godse is erased as part of this "rewriting the history" project.

It is any one's guess what political gain Modi will get by adopting this provocative posture against the academic community. After Rohith Vemula's suicide and Kanhaiya Kumar's arrest, Modi's popularity among students has reached its nadir. Modi's self-proclaimed unsurpassed political instinct has come under serious scrutiny with the way he and his ministers are handling the agitations in academic campuses.

Modi continues to harm his own political interest because of his very mindset is intrinsically anti-academic. He loathes academic community and academic institutions. This loathing has not come from his dubious academic degrees, but the way he has received his education. His puritanical ideas imbibed from RSS are antithetical to academic discourse and debate. His relationship with academics is similar to Gandhi's three monkeys' relationship with evil.

His narrow nationalist mindset and ideological rigidity restrict him to any open and critical thinking, which is needed for any meaningful interactions with the academia.

Also read - University is not the enemy, HRD ministry. You are

Though it's doubtful, but even if Modi's claims about his educational degrees are legit, he has not spent any time in any academic environment. Whatever education he has received, it is through RSS teachings, which provide no space for critical engagement, debate and inquiry. The Union HRD minister and alter ego Smriti Irani is also a political greenhorn without any formal university level education.

Modi's readings have been limited to Sangh Parivar's propaganda papers. His ghostwriters have written few books for him, but Modi has admitted in an interview with ETV that he has never read a book. This raises serious doubt about his ability to appreciate academic debate.

Because of his RSS-isation, Modi seriously lacks understanding that academic institutions thrive not because of discipline or order or desh bhakti, but when it provides an environment to think and deliberate freely.

Whether his degrees are genuine or not is less important than Modi's genuine contempt for academic community. This mindset has been devastating for the country.

From time to time at the bleak hours of a nation, academic community becomes the spark for a positive and progressive transformation. To preserve democratic and secular ethos of India, academic institutions have taken the lead in this transformative struggle.

Considering Modi's code of "see no academic, hear no academic and speak to no academic", this struggle is certainly going to be a protracted and difficult one.

#HRD Ministry, #Fake Degree, #Narendra Modi, #RSS
The views and opinions expressed in this article are those of the authors and do not necessarily reflect the official policy or position of DailyO.in or the India Today Group. The writers are solely responsible for any claims arising out of the contents of this article.