When the living standard of the state's tribals is compared with that of other sections, the difference becomes obvious.

The pride of Malayalis took a serious hit when Prime Minister Narendra Modi proffered a comparison of Kerala's child mortality rate with that of Somalia. Proud Malayalis took some time off to dig out facts about Kerala and juxtapose them with those about Gujarat. Of course, Kerala is found better, Modi is trolled, the ego is fed, and we went to bed satisfied.

I am no less than a proud Malayali, but it was time for some serious introspection for me. The comparison with Somalia was truly exaggerated, but when the living standard of the tribals in the state are compared with that of other Keralites, the difference becomes obvious. For a state like Kerala that has excellent literacy, life expectancy, and personal care numbers to show at the national level, the high child mortality rate among the tribals is a shame.

Being a Malayali, I can shut my eyes off and attempt to make it dark for everyone. By comparing the Gujarat numbers with Kerala numbers will only please my ego. On a serious note, the issue Modi mentioned deserves serious discussion. We should not be analysing the statement through the spectrum of politics alone. There is no dearth of policies in the state to bring the tribals to mainstream. Serious questions should be asked about the effectiveness of these programmes, including the the flow of funds and most importantly, as to why the tribals are leading their lives comparable to the way their ancestors lived several decades ago. 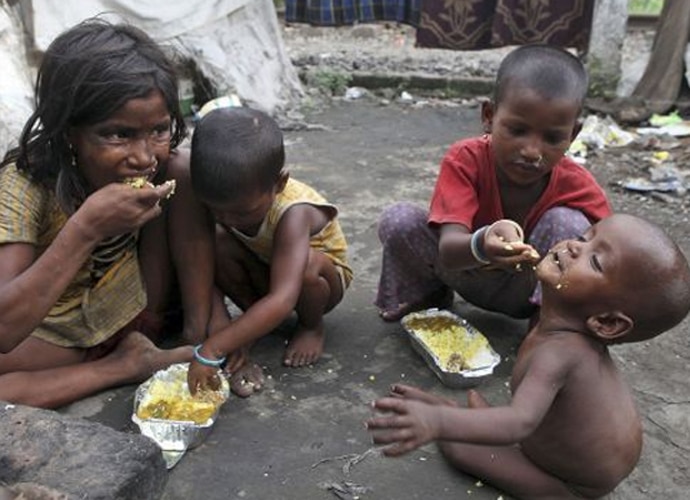 The weak and unorganised tribal community into more deprivation and suffering in Kerala. (PTI)

The infant mortality rates in Kerala and Somalia are not comparable. But Modi is not the first politician to make such comparison with Somalia. Opposition leader VS Achuthanandan visited the tribal village of Attappadi in Palakkad district in 2013. When he met the media persons, he compared the child mortality rate of the village with that of Somalia itself. CPI(M) leader and Politburo member Pinarayi Vijayan visited the place later and said life in the village was worse than that in Ethiopia.

Land sharks had alienated thousands of hectares of agriculture land in Attappadi. This naturally pushed the weak and unorganised tribal community into more deprivation and suffering. Congress politician, economist and former Union minister for rural development Jairam Ramesh had then informed the Oommen Chandy government that it would need strong political will to resolve the issues of the village and carry out development activities.

State rural development minister KC Joseph then admitted there were serious lapses in the implementation of special packages jointly declared for the near-200 tribal settlements in the area. If a package of Rs 400 crore (that's just one package) could not revive the place, questions should be asked about the project and its implementation approach.

After the reports of child deaths caught national attention for several years on the trot, state health minister VS Sivakumar had even ordered a probe into the deaths of infants. Last year, Chandy blamed the officials for their lack of service mentality for the poor state of the tribal areas. He even faced criticism for allegedly reporting to the Centre that the cause of infant deaths was not malnutrition.

Modi hasn't said anything that other politicians haven't said. The pride got hurt, perhaps because he was not a Malayali politician. If we want to sever Attappadi from Kerala temporarily and think all's well, we can do that. But if we are serious, we must shrug off all false pride and look back into the effectiveness of the programs planned for the resurgence of tribal villages.

Modi and Somalia should not be the worries here, but the actual situation should be. It deserves serious merit and demands serious discussions; political colour will only trivialise it.

#Somalia, #Kerala Polls, #Narendra Modi
The views and opinions expressed in this article are those of the authors and do not necessarily reflect the official policy or position of DailyO.in or the India Today Group. The writers are solely responsible for any claims arising out of the contents of this article.