Why Swamiji advised Modi not to become a monk

[Book extract] He had told Narendra that he was meant to do something spectacular in worldly life.

He left college mid-way in 1968 (before completing graduation) and wandered for about two years. He had become too contemplative and turned a recluse. Amongst his close circle of friends, he always spoke of higher things.

During this time, he visited the headquarters of the Ramakrishna Mission Ashram at Belur Math near Kolkata and then went to the mission's office in Rajkot. It was only after these two visits that he set off for the Himalayas.

When Modi visited Belur Math in April 2013, an exception was made for him by opening the room where Swami Vivekananda stayed. Modi was allowed to be alone in the room where he meditated for 25 minutes.

This was reminiscent of his previous visit to Belur Math as a teenager. During that visit, he had met the then president of the Mission, Swami Madhavananda Maharaj, and asked for his permission to become a monk. He had advised the boy to first complete his studies.

Narendra had also met the chief of RK Mission at Rajkot, Swami Atmasthananda, and spent some time there. He had requested that he be taken into the ashram as a disciple but the Swami politely refused. He had seen something in Narendra that made him persuade the young boy not to become a monk.

He had told Narendra that he was meant to do something spectacular in worldly life. A dejected Modi left for the Himalayas. The Swami advised him to keep a beard, something that has stayed with him ever since. Swami Atmasthananda is now the president of the Math and the Mission. 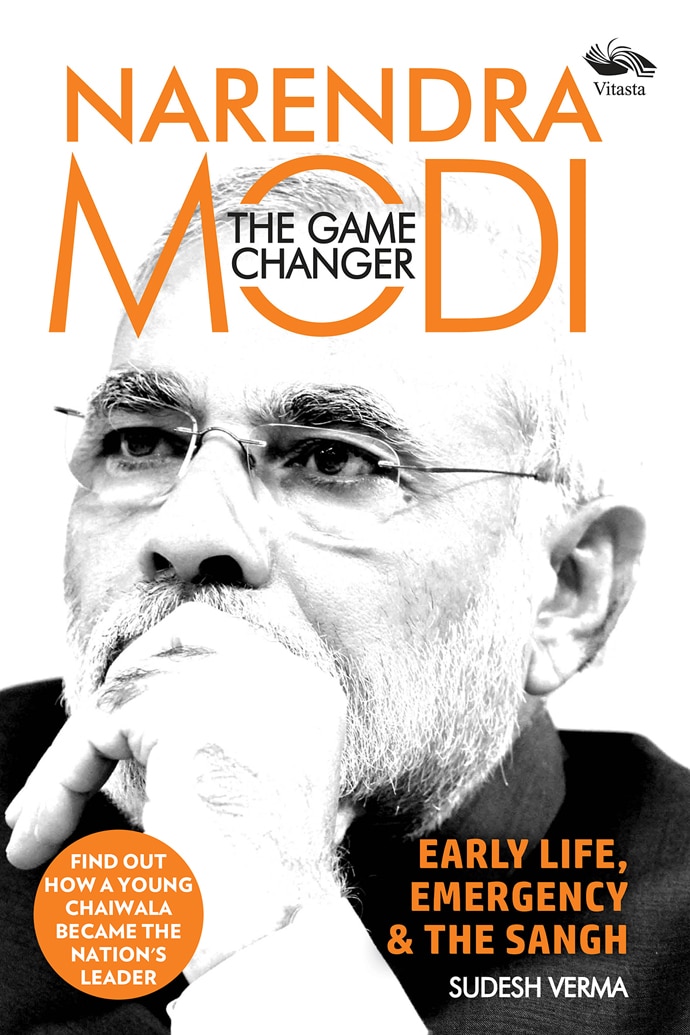 Modi still remembers the incident: "Yes, the Swami did not allow me to become a monk". He had fond memories of the time he spent with the Swami at Rajkot.

After his visit to the Belur Math and the Rajkot ashram, Narendra visited Vadnagar, met his mother, and after spending some time with her, he immediately left for the Himalayas. During this journey, he spent time at the Vivekananda Kendra at Almora.

After more than a year of wandering and meeting wanderers of different kinds, he returned to Vadnagar in 1970. But this too was a short visit and he soon left Vadnagar for a life of struggle and action that was to keep him away from his birthplace for almost 30 years.

During this phase of life, Modi learnt the value of isolation and contemplation, something that stayed with him forever. This helped him appreciate the beauty of lakhs of eggs of flamingos laid in the Rann of Kutch near the creek (when he became the chief minister).

During every visit, Modi would sit there for hours in isolation, appreciating the Creator and his design. "Can you imagine lakhs of white eggs laid at equal distance from each other?" Then he answered, "This is God and his design." People are not allowed to go there but the state government has made plans to show these images to people live through satellite and 3D technology.

For years, Modi used to burn his belongings or anything associated with him. He would think why to keep things that would create attachment. He did not wish anyone to remember him with those signs. "People should remember me by my work and not through these signs," he had told one of his friends.

One thing that always remained with him during his days of wandering was a photograph of his mother. This discovery was made by Hiraba when she once checked the bag when he came back from the Himalayas.

Besides one pair of clothes, shorts, half-sleeve garments and a shawl, there was a photograph of his mother. He used to carry a cotton bag. Almost the same items continued to occupy the bag when he later toured entire Gujarat to spread the ideology of the RSS.

Post your comment
#Book Extract, #Swami Vivekananda, #RSS, #Narendra Modi
The views and opinions expressed in this article are those of the authors and do not necessarily reflect the official policy or position of DailyO.in or the India Today Group. The writers are solely responsible for any claims arising out of the contents of this article.