Why Modi's Europe tour ahead of G-20 meet was crucial

India has to navigate the developing strains between Trump's America and Europe.

Prime Minister Narendra Modi rightly decided to combine his Russia visit with those to three other major European countries: Germany (May 30), Spain (May 31) and France (June 3). These visits made sense for more than one reason.

Relations between Russia and Europe remain strained, but we have the freedom to forge closer ties with both partners.

Our cultivation of Russia and President Vladimir Putin, in fact, signals to Europe the ineffectuality of cornering Moscow. We have to navigate the developing strains between Trump's America and Europe.

Trump's bullying of NATO members, his lashing out at Germany, the protectionism underlying his "America First" rallying cry, and now his disavowal of the Paris Climate Change agreement calls for India and Europe to deepen their engagement to reduce the adverse impact of Trump's policies for the globe.

If, as Angela Merkel has stated, Europe must henceforth rely more on itself, it could well restore normal ties with Russia, which would be in our interest. On the other hand, if Europe becomes more open towards China, that would only bolster the latter's dominance of Asia.

With Germany and France opposed to protectionism (a point of difference between the United States and others at the G-7 meeting in Sicily), we have to build on this convergence with them, as also on climate change issues. 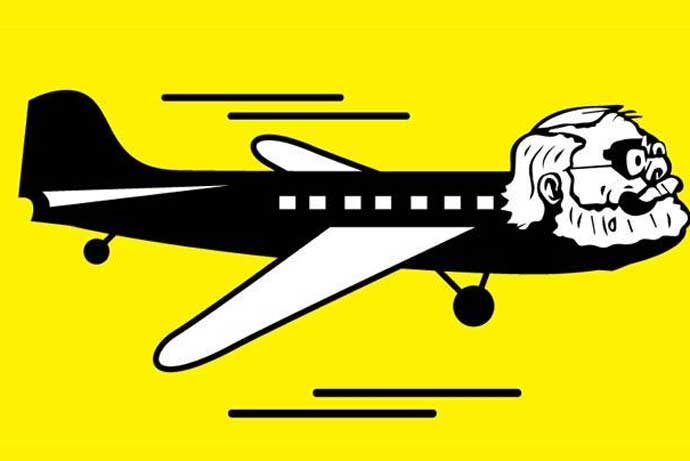 The prospects of an India-EU Broad-based Trade and Investment Agreement (BTIA) more acceptable to us may have improved as a result of Europe's compulsion to broaden its international options in view of the challenges it faces from within and without.

The next G-20 meeting in Hamburg on July 7-8 would have provided PM Modi the occasion to meet the German, French and Spanish leaders, but meetings on the margins of such multilateral conferences do not allow for any in-depth exchanges.

A dialogue with Germany before it hosted the G-20 meeting, engaging the new French president at the earliest given our broad spectrum relationship with France, and reaching out to a Spain that is recovering economically was opportune.

The prime minister, slated to visit Washington in late June, will be prepared better to handle G-20 discussions which will undoubtedly be contentious in view of the Trump factor.

Judging from the joint statements issued during the visits, bilateral understandings on several issues have grown. With Germany, the formulations on Afghanistan, terrorism, South China Sea issues, globalisation, cooperation on skill development and green energy, our NSG membership and resuming negotiations on the India-EU BTIA, are notable.

With Spain, the formulation on terrorism was particularly elaborate and robust, calling for restrictive measures against states that provide sanctuary to terrorists and glorify terrorism. Spain too has supported our NSG membership and has hoped for solid progress on the India-EU BTIA. The opening of an Indian consulate in Barcelona was also announced. Modi got support from President Mariano Rajoy for his various economic and social initiatives.

But Spain, belonging to the Coffee Club, did not offer clear support for India's candidature for permanent membership of the Security Council. The formulation on the South China Sea in the joint statement is bold and implicitly criticises China's unlawful conduct there.

Understandably, no joint statement was issued with France as the new president and his government have just assumed office. That, notwithstanding all his preoccupations, including the forthcoming parliamentary elections, President Emmanuel Macron agreed to receive Modi indicates the importance France attaches to its wide-spectrum ties with India.

Modi's lavish support for the Paris Agreement on climate change was undoubtedly appreciated by Macron (Trump's repudiation of the accord has been perceived in the country as a blow to French diplomatic efforts to concluding it).

The president has agreed to visit India at the year-end for a meeting of the International Solar Alliance.

In sum, Modi's European journey was timely and signalled India's desire to bolster ties with its biggest trade and investment partner with which it has shared interests and concerns.

Post your comment
#G-20, #Modi in Russia, #Narendra Modi
The views and opinions expressed in this article are those of the authors and do not necessarily reflect the official policy or position of DailyO.in or the India Today Group. The writers are solely responsible for any claims arising out of the contents of this article.