A report indicates that 270 people were on death row in various Indian prisons, and eight people had their mercy petitions rejected in 2014.

As Yakub Memon, sentenced to death for involvement in the Mumbai bomb blasts of 1993, awaits the gallows, people from various walks of life have joined the chorus opposing the verdict. While Bollywood star Salman Khan rose to Yakub Memon's defence a few days back through a series of tweets, a 15-page petition was submitted to the President which claimed there are “substantive and fresh grounds” that can be considered on the merits to give reprieve to Yakub. The signatories numbering around 300, included several eminent people.

The Supreme Court last Tuesday rejected the curative mercy plea of Yakub Memon, clearing the way for his hanging, which is expected to be carried out on July 30. Memon was awarded the death sentence by a Special Terrorist and Disruptive Activities (TADA) court in Mumbai on July 27, 2007 for his role in the blasts, including arranging finances for carrying out the 13 serial explosions which left 257 dead and over 700 injured across the city on March 12, 1993.

According to data from Amnesty International, Indian courts handed down at least 64 death sentences last year, though no executions took place.

In January the Supreme Court laid down the guidelines for death sentences, classifying delay in the disposal of mercy petitions and mental disability as grounds for commutation.

The Death Penalty Research Project of the National Law University in Delhi indicated that 270 people were on death row in various Indian prisons, and eight people had their mercy petitions rejected in 2014.

Even as the debate rages over Yakub Memon's hanging, here is a look at convicts who have had to face the death penalty and some of those who are on the death row: 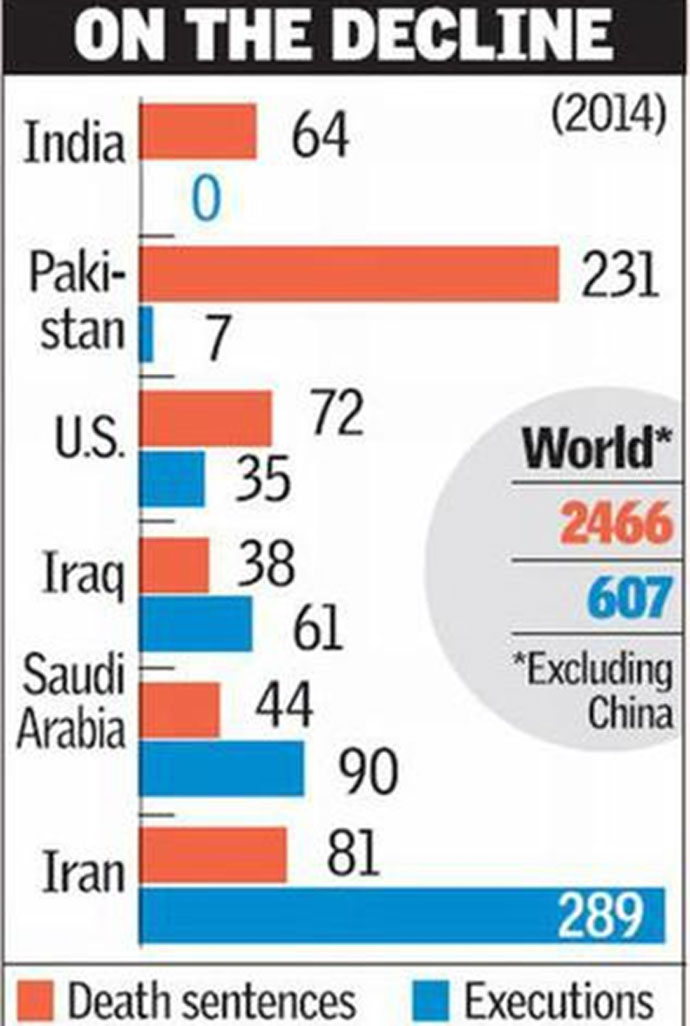 - Ajmal Kasab, the lone gunman captured alive during the Mumbai terrorist attack on November 26, 2008 was hanged on November 21, 2012 and buried at Pune's Yerwada Jail.

- The death sentence of Surender Koli, convicted in the 2006 Nithari serial killings case, was commuted to life imprisonment by the Allahabad high court on account of "inordinate delay" in deciding his mercy petition.

#Afzal Guru, #Yakub Memon, #Nathuram Godse
The views and opinions expressed in this article are those of the authors and do not necessarily reflect the official policy or position of DailyO.in or the India Today Group. The writers are solely responsible for any claims arising out of the contents of this article.