National security vs NYAY: Two issues that will dominate the political discourse in Lok Sabha elections 2019

The template is set — and so is the stage for Lok Sabha 2019 elections.

The template for the competing narratives in this election appears set. For Prime Minister Narendra Modi and the BJP, the focus will unambiguously be on national security and nationalism, and for the Opposition, it will largely be unemployment and NYAY — the minimum income guarantee scheme.

Though these are early days in the campaign, the Modi that one sees this time is very different from the Modi of 2014.

While the tendency to sometimes hit below the belt remains, for example, the 'sarab' swipe at the Opposition, he no longer makes promises, there has been no mention of 'ache din' or of how he intends to create jobs or help ameliorate the lot of farmers.

If 2014 was all about aspirations and selling dreams, this time around he has sought to don the mantle of victimhood — “Terrorists want me to lose,” along with a heavy dose of machoism and robust nationalism — “Darnewala nahi Datnewala hoon.” In his speeches at Meerut and Rudrapur the PM mentioned terror, security and Sainiks 21 times. 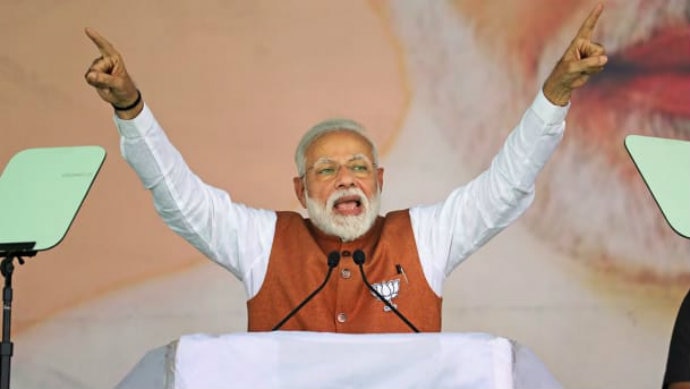 Modi is consciously trying to keep the focus on surgical strikes, Balakot and the armed forces. (Source: Reuters)

There appears to be a clear pattern to the Prime Minister's campaign so far. Perhaps conscious of falling short of the lofty promises that he had made during the previous campaign, Modi is now trying to keep the focus on surgical strikes, Balakot, and the armed forces.

What has not changed from 2014 is his trenchant criticism of the Congress — which was mentioned 31 times in both his speeches on Thursday, much more than any other issue.

Modi never loses an opportunity to blame the grand old party for everything that has gone wrong or is going wrong. Sample this, “Congress is the reason for poverty, remove it and poverty will go."

What is also clear is that Modi is clearly trying to position himself as the saviour of the armed forces, by claiming credit for supplying them with modern weapons and granting OROP. The Opposition, on the other hand, is accused of dragging its feet on the modernisation of the armed forces. “The armed forces asked for modern weapons and permission to attack the terrorists but they denied it to them, they refused to sanction money for bulletproof vests for them," says Modi. 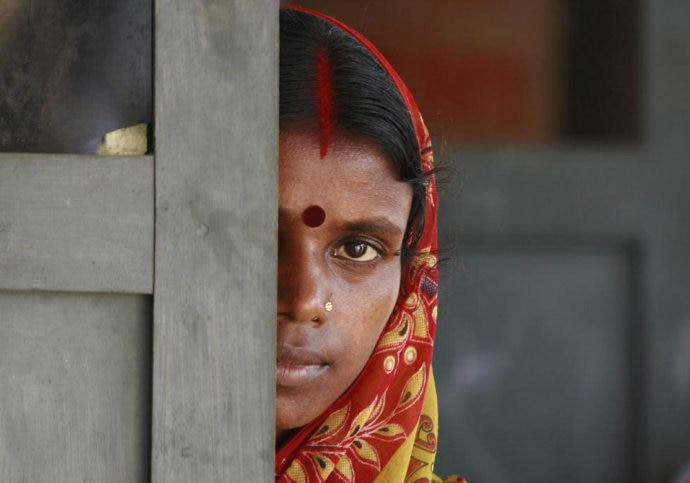 The NYAY scheme has brought the focus back to unemployment. (Source: Reuters)

After falling into the BJP’s trap of the issue of the Balakot air strikes, the Congress has been desperately trying to steer the narrative back to jobs and the economy.

However, its campaign suffers from a lack of planning and cohesion. The minimum income guarantee scheme has the potential of being a game changer, provided its propagated well. However, not everybody in the Opposition appears to be on the same page on this. The BSP has echoed the BJP's criticism of the scheme by calling it an “election bluff.” The other parties in the Opposition, even those who have an alliance with the Congress, have not lent the kind of vigorous support that is needed to take the message down to the masses.

These narratives may get tweaked as the campaign peaks in the days ahead, or if some other pressing issue emerges in the course of the election. But for now, the battle lines have been drawn - it is issues like national security and nationalism on one side, with NYAY, unemployment and the economy that look likely to dominate the political discourse.

Post your comment
#Nyay, #Rahul Gandhi, #Congress, #Unemployment in India
The views and opinions expressed in this article are those of the authors and do not necessarily reflect the official policy or position of DailyO.in or the India Today Group. The writers are solely responsible for any claims arising out of the contents of this article.