Why Sidhu invoked his Punjabiyat to attack BJP

The ex-cricketer tried to shed his baggage before a new innings.

With his monologue, former BJP lawmaker Navjot Singh Sidhu not only invoked his Punjab roots but attempted to shed the baggage of his political past before launching himself afresh.

It was a monologue because he hardly answered any questions during his news conference. Instead, he slammed the saffron party in what appeared to be a well-rehearsed, well-thought-out script.

Despite its alliance with the Shiromani Akali Dal (SAD), the post-Vajpayee BJP is not greatly admired by the Sikhs - Jats and non-Jats - of Punjab and outside it.

And Sidhu referred to the state as his "watan", or homeland. No political party, he said, ranked above Punjab. The term "homeland" is pretty ambiguous. 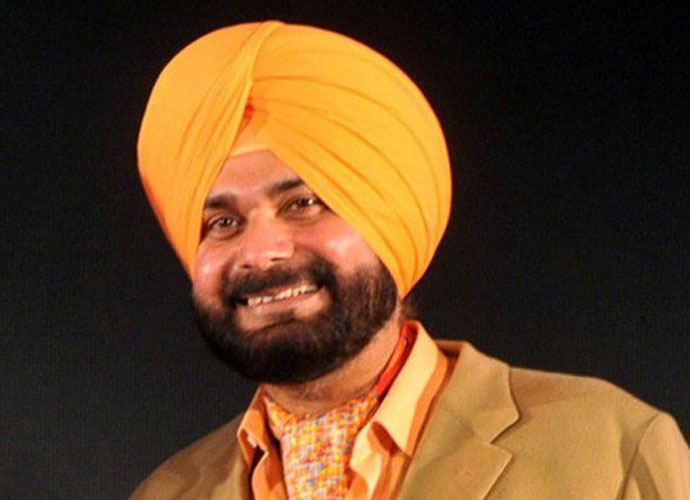 Sidhu accused the BJP of pushing him out of Punjab.

It's moderate. It's hard line. And it's dear to the diasporic Sikhs.

Loaded with not-so-literary yet appealing couplets, the former cricketer tried to shed the load of his association with a party that takes its political dictations from Nagpur.

Also read: Navjot Singh Sidhu might have clean bowled the BJP in Punjab

He accused the BJP of pushing him out of Punjab. With this accusation, the ex-Amritsar lawmaker drew a line of departure, which in military jargon is the starting position for an attack on enemy targets.

The governing SAD appears to have lost a sizeable chunk of its core "Panthak" constituency because of its alliance with the BJP.

Since 2014, that erosion has likely escalated sharply as a more hawkish Sangh, emboldened by power at the Centre, rose.

With his assault on the BJP, Sidhu has also tried to ward off possible criticisms he might have faced for sticking to a party that doesn't have much at stake in Punjab but is perceived to be manipulating the SAD to further the RSS agenda.

Hopping across TV studios for commentaries and comedy shows has indeed given Sidhu a lot of popularity. But it has also raised questions about his commitments as a political representative.

In his soliloquies on Monday (July 25), Sidhu sought to conjure up his Punjabiyat over his national fame. He didn't answer queries which political force he would join to satisfy his "compelling urge" to serve his "homeland".

But what became obvious to discerning eyes was an image makeover effort before he ventures out afresh on Punjab's battleground. Nevertheless, the man - owing to his vote-catching and crowd-pulling capabilities - spoke from the position of strength.

The former batsman just laid the pitch himself to beat the googlies from hardcore veterans on the opposite side of the political fence.

Post your comment
##AAPKASidhu, #Punjab Polls, #Navjot Singh Sidhu
The views and opinions expressed in this article are those of the authors and do not necessarily reflect the official policy or position of DailyO.in or the India Today Group. The writers are solely responsible for any claims arising out of the contents of this article.