90 is 30 for Indian politicos: ND Tiwari still desirable for BJP

Having crossed 90, people usually look beyond the horizon trying to either fight off physical or mental ailments, or spend time meditating. Not so for Indian politicos. While age is absolutely no bar for a political career in India, our nonagenarian politicians are a different league altogether.

India has an unrivalled youth demographic: 65 per cent of its population is 35 or under, and half the country's population of 1.25 billion people is under 25 years of age. Yet, it is perhaps both interesting and ironical to see veterans still running for the highest post. A sorry and alarming signal that a younger India is being led by a significantly older leadership. 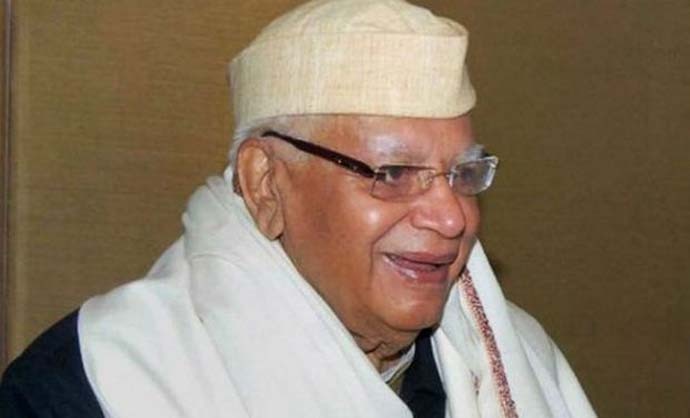 At 91, ND Tiwari has bid his adieu not to politics but to Congress party, which he first joined in 1963. Tiwari has been looking for a ticket for his controversial son Rohit Shekhar from Kumaon region. Aged 88, the young at heart Tiwari tied the knot with son Rohit Shekhar's mother, Ujjwala Sharma, in Lucknow in 2014. For BJP, the older Tiwari holds the Brahmin card, consolidating votes in the hilly region of Uttarakhand in a bitterly fought election.

Tiwari joins the ranks of the nonagenarians who jumped ship much later in life. Ram Jethmalani, a former BJP MP, after being dismissed from BJP became a Rajya Sabha MP from Bihar on an RJD ticket. Jethmalani was the law minister in the Atal Bihari Vajpayee government. Critical of the Narendra Modi regime in Gujarat, he was dismissed from the BJP in November 2012. 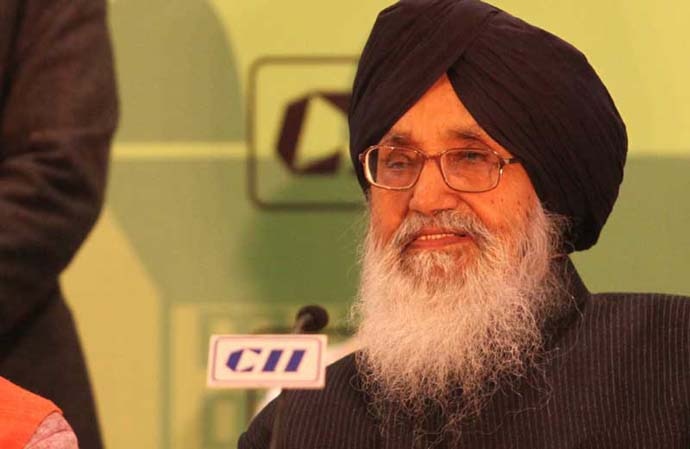 At 90, Parkash Singh Badal is the oldest CM (of Punjab) in the country. [Photo: Agencies]

Similarly, at 90, Parkash Singh Badal, the Shiromani Akali Dal (SAD) patron will again contest the Assembly polls from the Lambi segment, in a bid to enter the Vidhan Sabha for a record 11th time. A five-time chief minister is spearheading the SAD-BJP poll campaign in the run up to the high-stakes February 4 election, and will be pitted against a 75-year-old Congress CM candidate, Captain Amrinder Singh and Jarnail Singh of the Aam Aadmi Party (AAP). Younger by 15 years, Captain has declared the 2017 election to be his last electoral contest. But the old war horse Badal is showing no sign of slowing down.

Badal is the oldest CM in the country, and has lost only one Assembly election in his six-decade-long political innings. This when their alliance partner, the BJP, has set an age bar of 75 years for ministers, apparently the reason why many BJP veterans, including LK Advani (89 years) and Murli Manohar Joshi (83 years) were kept out of the council of ministers. Both the BJP veterans are members of the party's "margdarshak mandal". 92-two-year-old Muthuvel Karunanidhi is leading his party, the DMK, in Tamil Nadu. His image of a leader on wheelchair rolls on, as he, dressed in white with a bright yellow scarf over his shoulders, oversized dark glasses in place to hide an old botched eye surgery, calls the shots and defines the hitherto bipolar politics of the state. But even as the there is a fight to take on the legacy, it's Karunanidhi who is the ultimate arbiter of decisions taken within the party.

VS Achuthanandan, at 93, is a veteran CPM leader and the former Kerala chief minister has acquired the role of being the main opposition voice. Since the LDF came to power in May, Achuthanandan has been extremely critical of the leftist government on several issues, including the choice of chief minister's advisers.

It is rare to see a politician hang up his boots, though many have faded into oblivion citing ill-health and personal reasons. But these are, by far, very few. With many more still fighting fit to join the nonagenarians club, perhaps it is time to set up a retirement age for a politician too.

#M Karunanidhi, #Raj Jethmalani, #Parkash Singh Badal, #ND Tiwari
The views and opinions expressed in this article are those of the authors and do not necessarily reflect the official policy or position of DailyO.in or the India Today Group. The writers are solely responsible for any claims arising out of the contents of this article.

The writer is senior special correspondent with India Today.