Why Modi government is wrong to overturn SC order on NEET

This amounts to playing with the future of the students.

This has only created a bigger storm with opponents of the BJP isolating it over the issue. But if the politics is kept aside, one still can't appreciate what the ordinance will do. We shall discuss why the ordinance is wrong but before that let's briefly get up-to-date with the whole controversy.

History of the controversy

Also read: Everything you need to know about SC recalling NEET order

But this system was riddled with problems, which led the Central government to usher in a unified entrance examination - the NEET. The first NEET exam was held by the Medical Council of India (MCI) on May 5, 2013. 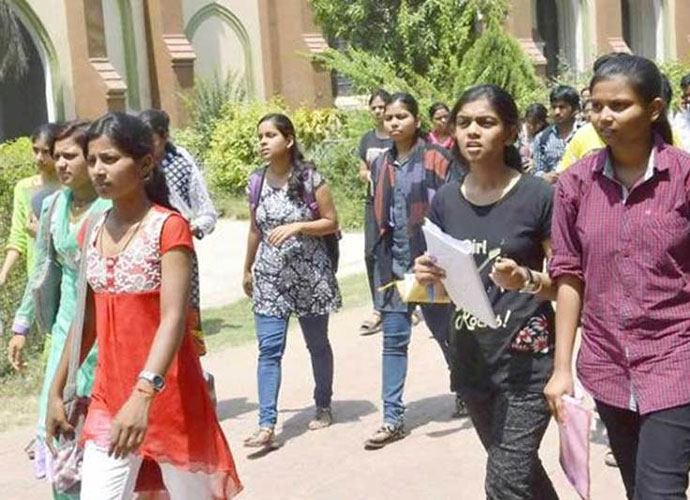 The pre-NEET entrance structure was ridden with corruption, it burdened students with too many exams.

But following a writ petition of aggrieved state governments and private medical colleges, the NEET was declared unconstitutional by the Supreme Court. This restored the status quo until the Supreme Court, on April 11, 2016, recalled its earlier judgment and ordered the NEET to be held from this year itself.

But on May 20, 2016, the Union cabinet decided to bring in an ordinance to delay the NEET till next year. While the details of the ordinance are yet to be available, it will allow states and unaided private colleges to hold their separate exams for this year at least.

Having introduced you to the chequered history of the NEET, it is imperative to understand why the entrance exam was necessitated in the first place.

The pre-NEET entrance structure was ridden with corruption, it burdened students with too many exams and ended up producing a system devoid of the merit.

So to get over this problem of too many exams and a lack of transparency and standard in them, the NEET was introduced. It eliminates rampant corruption and favouritism and replaces it with merit.

It also helps poor students who can't afford the cost of travel and forms of over three dozen admission exams which were prevalent before. Also by reducing the number of exams, the NEET reduced the stress that students have to face because of multiple exams.

So the compelling benefits of the NEET are there for all to see. Yet such is the power of the private medical college lobby, that an urgently-needed idea like the NEET has been on the backburner for all this while until the Supreme Court brought it back from the dead.

But the influence of the private medical college lobby ensured that the Narendra Modi government which had not cared to bring an ordinance on the NEET for two years got hyperactive and postponed the NEET through an ordinance passed within one month of the Supreme Court judgment. If only the government had shown this interest in getting the NEET through, this crisis wouldn't have arisen.

But government has argued that the ordinance is necessary to get states on board, to avoid uncertainty and confusion and in any case, the NEET would be implemented from next year. But all these arguments look unconvincing for following reasons:

The argument that students require time to adjust and thus the NEET shouldn't be rushed is full of loopholes. Given that the NEET will save aspirants time, money and stress, the students surely would not lose by its quicker introduction.

Also most of them will in any case have prepared for the AIPMT on the pattern and syllabus of which the NEET will be held. If the exam not being held in local languages is the concern, it could have been ensured by passing an ordinance on this rather than allowing the private medical colleges to milk the helpless aspirants for one more year. All these seem to be merely excuses to delay the progressive decision of Supreme Court.

Considering how the government has used every trick in its book to keep avoiding the NEET, one can't help but believe that this delaying tactic is rather a derailing tactic.

2. Will cause more uncertainty and increase students' stress

The ordinance will push the aspirants once more into uncertainty as after over a month of preparing for the NEET they will once again have to tune into the old system. Also since the ordinance has been challenged in the courts the sword of another cancellation will keep hanging. Thus contrary to government's claim of the ordinance addressing the uncertainty, it will only make the uncertainty more profound and disturbing. This will increase the students' stress and amounts to playing with the future of these students.

3. If separate exams only for this year, why bring in an ordinance? It will only increase friction with the judiciary

If the Centre wanted to cancel the NEET only for this year, it should have been able to convince the court of its intent and wouldn't have required an ordinance. But that the government had to resort to an ordinance reveals the weak case the Centre's had.

Also given the sternness of the Supreme Court in its review judgment, it is unlikely that it would take too kindly to the ordinance. Therefore, there are high chances that the apex court may scrap the ordinance. This will be embarrassing for the government but more importantly, it will increase friction between the judiciary and executive and will reduce chances of them working cordially in issues such as filling of vacancies in the courts.

4. Why did the Centre not do anything for two years?

The doubt over the Centre's intent also originates as the Modi government had no interest in bringing the NEET back for two whole years. It sat over, nay it didn't even contemplate bringing in a legislation to overturn the 2013 Supreme Court judgement. But when the court asked for the NEET to be held, the government wasted no time in getting it delayed. This contrasting speed in the two instances speak volumes about what the Centre thinks, and whose interest - that of the students or the private medical college lobby - it cares more about.

5. Endanger trust of our young generation in our representatives

The harm from such an ad hoc action like bringing in an ordinance devoid of any morality is not limited to a particular field. It weakens the very fabric of our democracy.

The lakhs of students who have been betrayed by this ordinance will now lose trust in the country's political class. They will believe that the system had sold their future for the profit of the high and mighty. They will learn how black money (education is a sector that has one of the largest black economies) thrives even under those who claimed to be its biggest nemesis. This will weaken their engagement with democracy and have a detrimental impact on the cooperation between the State and society.

Therefore, it is beyond doubt that the proposed ordinance is a regressive measure. Hopefully, this wisdom will dawn on those at the helm of affairs in the government.

#Supreme Court, #Narendra Modi, #NEET
The views and opinions expressed in this article are those of the authors and do not necessarily reflect the official policy or position of DailyO.in or the India Today Group. The writers are solely responsible for any claims arising out of the contents of this article.