'Sure, nepotism and dynasty have their downside but see how well it works in Indian politics.'

Suleiman Khan was super-excited. He phoned his close friend Anwar Shaikh. “I’m in Qatar,” he exclaimed.

Anwar was taken aback. “Qatar? I thought Saudi Arabia had closed its land border and air space to Qatar.”

“No, no, Anwarbhai,” said Suleiman. “I flew from Riyadh to Islamabad to meet my brother-in-law’s sister-in-law and from there came to Qatar. Now I’m planning to fly from Doha to Delhi to meet you and catch up with all this talk of nepotism that’s creating such a stir in India.”

Suleiman cut Anwar off mid-sentence. “No, Anwarbhai, I meant the open letters by Saif Ali Khan and Kangana Ranaut over nepotism in Bollywood.”

Anwar laughed. “Oh, that. Look, Saif, Karan Johar and Varun Dhawan were right about it being a storm in a tea cup. It was just a joke at a film awards function. Don’t make an issue of it. Anyway, Saif and Kareena are now on holiday in Gstaad in Switzerland. Let them be.”

Suleiman rolled his eyes as he replied: “Anwarbhai, I thought Kangana’s open letter to Saifbhai was quite an eye-opener. She made some pretty strong points. I especially liked the bit about being the flagbearers of hope rather than the flagbearers of nepotism.”

“Come now, Suleiman,” Anwar said, “You’re over-reacting. Just like Kangana was. Karan, Saif and Varun were just poking fun at themselves when they said nepotism rocks. It wasn’t aimed at Kangana who we know has come up the hard way.”

Suleiman waited till his friend had finished before saying softly, “She really has come up the hard way, Anwarbhai. She arrived in Mumbai from a small pahadi town in Himachal. People in Bollywood mocked her accent, made fun of her behind her back, not unlike Saif, Karan and Varun did in New York - behind her back.” 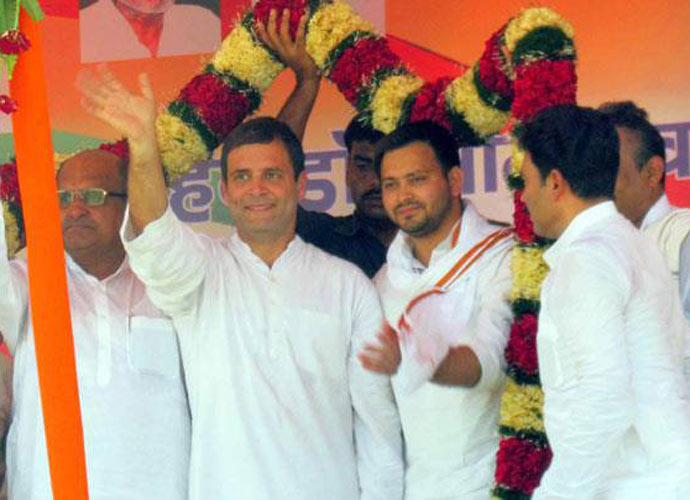 "These dynasts always stick together. Just like all of Bollywood’s dynasts are speaking up for Saif and Karan and boycotting Kangana."

Suleiman again cut him off. “Yes Anwarbhai, I’m sure they are and that they know how Kangana looked after her sister Rangoli after an acid attack on her by a stalker that disfigured her. She had to go through 57 surgeries and it was Kangana who stood by her throughout – ”

It was Anwar’s turn to interrupt Suleiman. “My, my Suleiman, you know more about Bollywood than I could have ever imagined.”

Suleiman smiled. He tucked his mobile phone closer to his ear as he replied, looking over his shoulder at the stream of cars passing by beneath his hotel room on Doha’s scrubbed streets: “You know, Anwarbhai, I’ve become used to nepotism here in the Gulf. In Saudi, there are 500 princes who think their power is a god-given right. See how they’re bullying little Qatar which too is ruled by fellow-dynasts. So I’ve seen how nepotism works first hand. The lashings, the lack of freedoms, the arrogance. That’s why I thought Karan, Saif and Varun were so out of line.”

Anwar was silent for a moment. “Sure, Suleiman, nepotism and dynasty have their downside but see how well it works in Indian politics. Where would we be without the Gandhis, the Yadavs, the Pawars, the Hoodas, the Scindias, the Abdullahs, the Patnaiks – ”

Suleiman again cut him short. There was an unusual edge to his voice: “We’d have been a developed country without them by now, Anwarbhai, 70 years after Independence, not one of the poorest nations on earth after seven decades of being ruled by political dynasties.”

Anwar tried to calm his agitated friend. “Now, now, Suleiman, dynasty’s not all that bad. Why, even the BJP has its dynasts. Look at Vasundhara Raje, Rajnath Singh’s son Pankaj, and a few others.”

“Those are exceptions, not the rule,” said Suleiman. “But Anwarbhai, this isn’t about politics. I’m no fan of the BJP and the illiberal social ideas of the Sangh Parivar. But what Kangana meant is that we must oppose this overbearing sense of entitlement, whether it’s in Bollywood or politics - anywhere.”

Just then the news anchor on the TV set in Suleiman’s hotel room announced breaking news from India.

Congress vice-president Rahul Gandhi had met the JD(U)’s Sharad Yadav who was unhappy about Nitish Kumar’s return to the NDA fold and had wanted but failed to wean away Muslim and Yadav MLAs from the JD(U). Rahul was in constant touch with Lalu’s son Tejaswi.

“See Anwarbhai,” said Suleiman, as he told his friend about the news. “These dynasts always stick together. Just like all of Bollywood’s dynasts are speaking up for Saif and Karan and boycotting Kangana.”

Anwar said wearily, “Suleiman, the news about Rahul and Tejashwi and the Gandhi-Yadav family bond is old news, they’re just recycling it for Indians living in Qatar.”

As the phone fell silent at the other end, Anwar added solicitously, “When you fly into Delhi, I’ll introduce you to my new friend just to cheer you up.”

“And who’s that,” asked Suleiman suspiciously.

“His name’s Robert. And I promise you he’ll tell you everything you’ve ever wanted to know about nepotism.”

#Tejaswi Yadav, #Rahul Gandhi, #Saif Ali Khan, #Kangana Ranaut
The views and opinions expressed in this article are those of the authors and do not necessarily reflect the official policy or position of DailyO.in or the India Today Group. The writers are solely responsible for any claims arising out of the contents of this article.