Trump is US president: Mood in America after its moment of truth

The real work has just begun.

President-elect Donald J Trump has pulled off biggest the political feat: both his lifetime and in the history of American politics.

He will get the keys to the White House in 71 days. He will form a cabinet and get the country running, as all incoming presidents are supposed to do but before he begins all that work, he has a bigger challenge: He must unite the fractured, divided country.

Trump won the electoral vote: he had 289 to Clinton's 128 but it's important to note that Clinton won the popular vote.

Currently, America is schizophrenic in its reactions. There are celebrations and cheering but there are also feelings of sadness, deep shock, fright, fear and uncertainty. This fractured mood has been the case since the nation woke up to the new reality that Trump is the new president.

There are reports of people sobbing quietly at workplaces, on buses and on trains. People are solemn and quiet as they move through their daily routine. Even those who overwhelmingly voted for Trump wonder if they did the right thing.

For many, the results are a revelation. They had no idea that there were so many who believed that Trump spoke for them. They had never taken him seriously but he surprised everyone. Many had laughed him off.

There are many who will never be happy but we all must accept that most voters have spoken. And we must live with these results.

In the 250 years of the American history, there has been no candidate like Trump, someone who has never held a public office and now will be the leader of the free world.

A huge part of the population is finding it hard to accept that Clinton has lost. With her loss, the future of all the issues they cared about is now in danger. The public mood is sombre and it's hard for them to come to terms with the reality.

But America is skilled at being gracious in its transition of power peacefully, which is a task always carried out with professionalism and respect.

Handing over the baton in a democracy is necessary but it is also painful and fraught with tension.

President Barack Obama, Hillary Clinton and Donald Trump have all struck all the right notes and are focusing on restoring normalcy in the country.

America is important, they say. The good of a united country is the priority.

The weight of the responsibility of bringing this divided country falls squarely on Trump's shoulders.

He is clearly aware of the monumental task of winning over the people of half of the country; the other half is stunned by the humiliating defeat of their candidate.

"Now it's time for America to bind the wounds of division - must get together," Trump said last night to his screaming supporters at the New York Hilton. "To all Republicans and Democrats and independents across this nation, I say it is time for us to come together as one united people."

It's a bit ironic to hear him say that after he spent months isolating Muslims, Mexicans, Latinos and African Americans into different groups.

And to govern the country, Trump is going to have to unite everyone. We are facing a difficult time in this country. There is an ongoing, prolonged war on terror in America. Racial distrust and tension between the police and communities are at an all-time high.

It is admittedly an arduous task, as Clinton well understands. She and her supporters choked back tears as she appealed in her concession speech: "Let us have faith in each other. Let us not grow weary. Let us not lose heart. For there are more seasons to come and… more work to do." 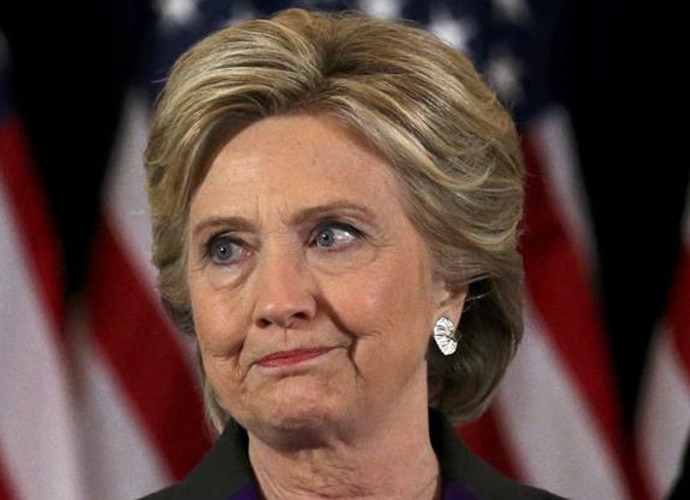 "I am grateful to our country for all it has given me. I count my blessings every day that I am an American," Clinton said.

Both Bill and Hillary were dressed in purple, which is the colour of spirituality and of mourning.

She addressed the fact that she was the first woman to run for the president and she hoped that would become an example.

"To all the women especially the young women, I want you to know that nothing has made me prouder than to be your champion," she said.

Clinton was gracious in her concession speech and pointed out the differences in the two campaigns.

"We have seen that our nation is more deeply divided than we thought but I still believe in America."

"This is not the outcome we wanted or we worked for so hard for and I'm sorry that we did not win."

Today, as political pundits, data experts and researchers are grappling, analysing, explaining and decoding the unexpected result of the election, America remains conflicted.

The rural white population is satisfied with their choice but the Muslims and minorities are worried about their future in America.

President Barack Obama, who has a long contentious history with Trump who began his foray into politics by challenging the eligibility of the former's candidacy with the "birther conspiracy", spoke to the nation and said that America must support President-elect Trump.

However, America still has something to be proud of. This country does not have a "rigged system", but it exercises its democracy in the old-fashioned way with the votes of the people.

Today, the campaigns are long done and the election is over. The real work has just begun and this is the moment for Trump to show his leadership.

For America's sake, we all hope so because the alternative is unthinkable.

Also read - Trump as US president: Anyone but a woman

Post your comment
#Hillary Clinton, #US Presidential Elections, #Donald Trump
The views and opinions expressed in this article are those of the authors and do not necessarily reflect the official policy or position of DailyO.in or the India Today Group. The writers are solely responsible for any claims arising out of the contents of this article.